Watch out Vegemite – Nutella is having a moment in Melbourne. If you’re craving the rich, creamy stuff, here’s where to find it in all its glory.

Nutella Pizza
If your dessert pizza isn’t covered in a tower of cannoli, you’re just not doing it right. A25‘s Nutella pizza is loaded with cannoli and sweet strawberries then doused with melted chocolate. They call it the Bomba, we call it delicious. Or go back to basics with a cannoli-less Nutella and strawberry pizza from Il Tempo on Degraves Street. 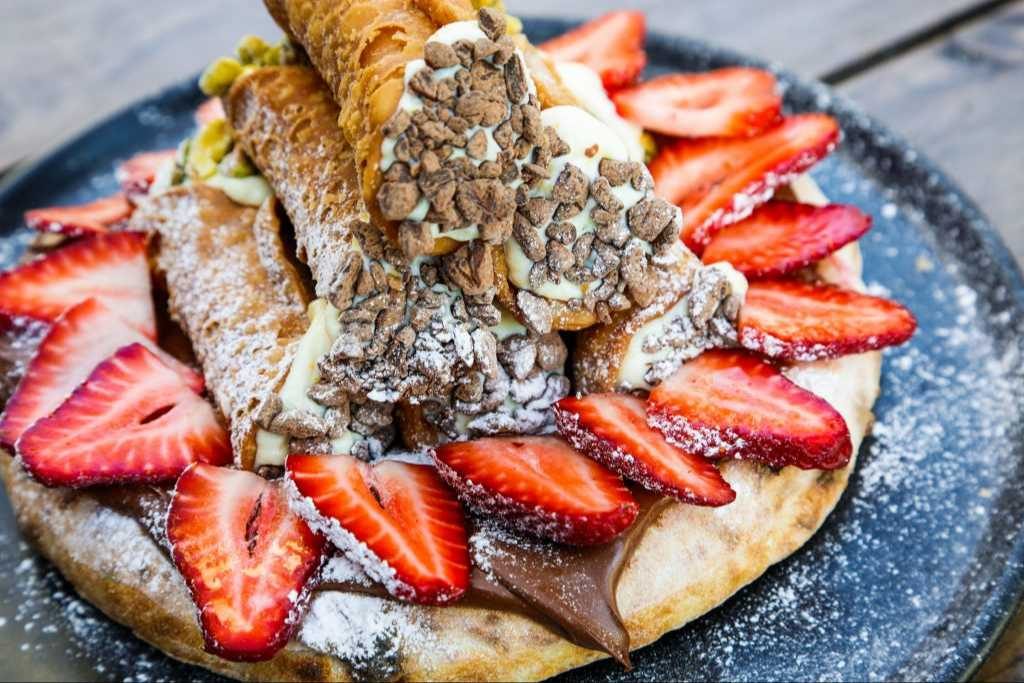 Nutella ice-cream
Nutella comes in all shapes and scientific forms at Nitro Lab. Think Nutella and hazelnut ice-cream, Nutella shakes and Nutella lattes topped with whipped cream. Or you can get the sweet chocolatey stuff on tap at Pidapipo’s Lygon and Degraves Street stores. Even traditionalist Gelato Primavera serves Nutella gelato!

Nutella cocktails
You may know them for their $9.90 lunch specials, but Le Charme really charms when it comes to the cocktail menu. The Nutella martini never disappoints with Baileys, Frangelico and whipped cream. 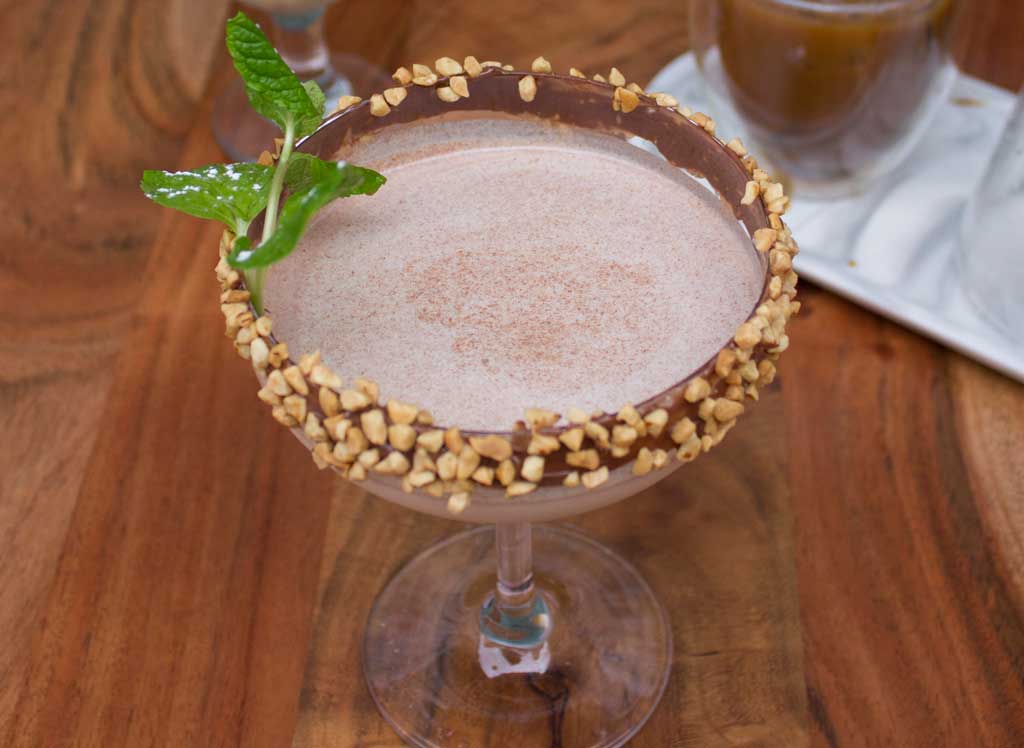 Nutella pastries
Agathé Pâtisserie Petite offers Nutella-filled doughnuts and (occasionally) Nutella escargot. Get in quick, or you’ll have to scratch your Nutella itch with a chocolate-custard croissant. A different pastry awaits at Drumplings, where they serve Nutella filled parcels of dumpling goodness. Dip them in a side of custard and strawberry jam sauce and you’ll never look back!

Nutella waffles
Grand Trailer Park Taverna serves a waffle stack with a Nutella-loaded difference. There’s Nutella parfait, freshly whipped cream and fresh strawberries drizzled with a decadent sauce. If you’re bringing the crew, order the giant waffle stack. Think an upsized waffle sando complete with a jar of Nutella. Or uncover a hidden city secret emerging from Cambell Arcade at Waffle On. Get a fluffy, golden waffle and top it off with jam, Nutella and whipped cream. 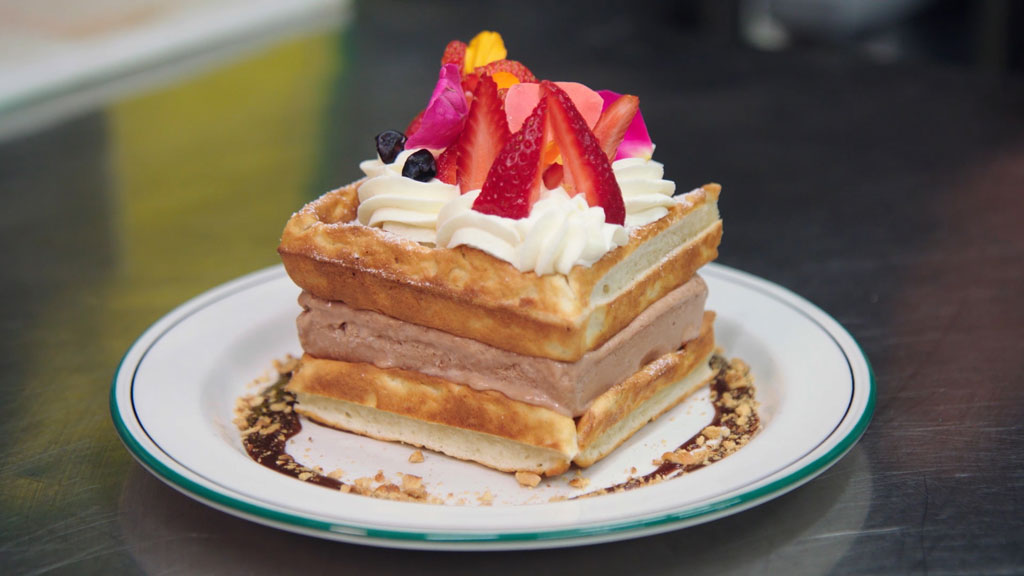 Nutella doughnuts
If you’ve been trying to find that Greek doughnut truck, relax. Lukumades now has shops in Lygon Street and West Melbourne. Their traditional Greek doughnuts come covered in Nutella, with a crushed Oreo topping for good measure. Italian deli greats Saluministi also have an excellent range of doughnuts. But the one with a special place in our hearts is the Nutella stuffed bomba. Indulge at Flinders Lane or Docklands. 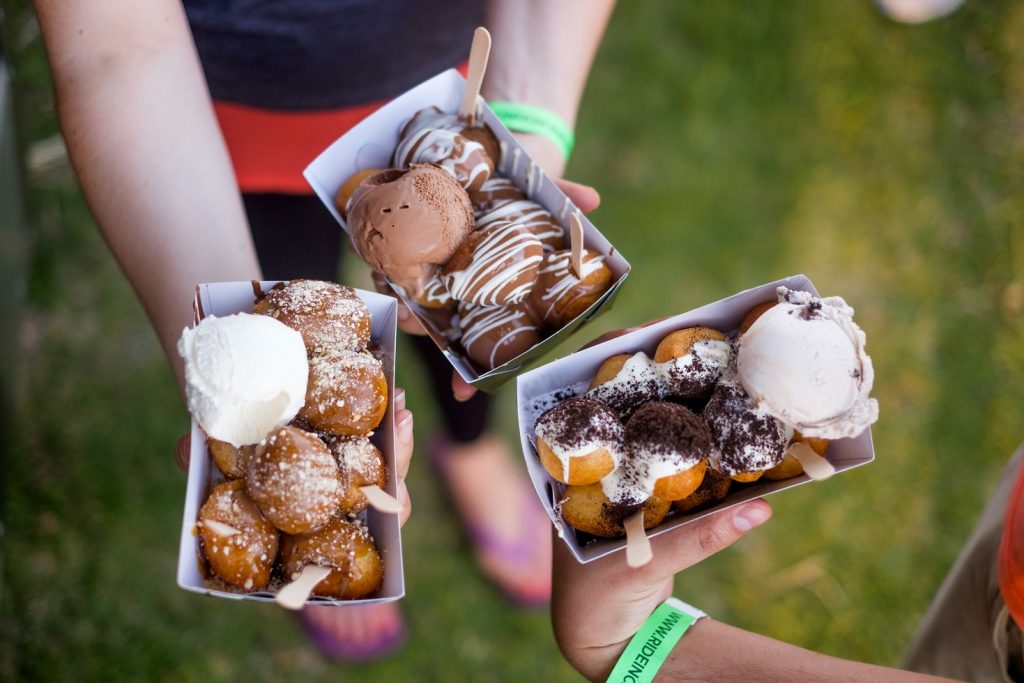 Nutella crepes
Buttery, paper-thin, and stuffed with Italian Nutella – crepes don’t come much better than at La Petite Crêperie. Visit them on Swanston Street or at their adorable QV caravan. Or layer your Nutella obsession at Mille and B, where a toppling tower of paper-thin crepes are separated by velvety hazelnut pastry cream.

It’s World Nutella Day this Wednesday 5th of February. To celebrate, the Brunetti stores in Flinders Lane and Carlton are giving away a free Nutella pastry with every hot or cold drink purchased between 10 and 11am. Think Nutella croissants, cannoli, donuts, pancakes and more. Plus, Brunetti will donate 30 percent of all Nutella product sales between the 5 – 12 February to CFA and Brigades Donation Fund.

Want more inside tips? Get your Insider’s Guide for $10 lunch spots, to secret summer rooftops, perfect picnics and more.

Picturesque parklands, sparkling summer starlight and fantastic food – gather your loved ones and treat yourself to a night of cinematic splendour.

In this world premiere exhibition, explore the work of two of the most significant and influential artists of the late 20th century.

Discover more than 200 astounding models from the museum's own collection: zoomed-in, miniature, life-sized and everything in between.
For more events, visit What's On
skip social hub