While your ground view walks through Melbourne are on hold, take flight with these stunning aerial shots of the city from the sky.

At a massive 38 hectares, the Royal Botanic Gardens feels endless when you’re inside it. This bird’s eye view of the gardens, as well as Kings Domain and a glimpse of Queen Victoria Gardens, confirms that feeling. Stop for a moment to take it all in, from the glimmering Ornamental Lake to the Shrine of Remembrance. 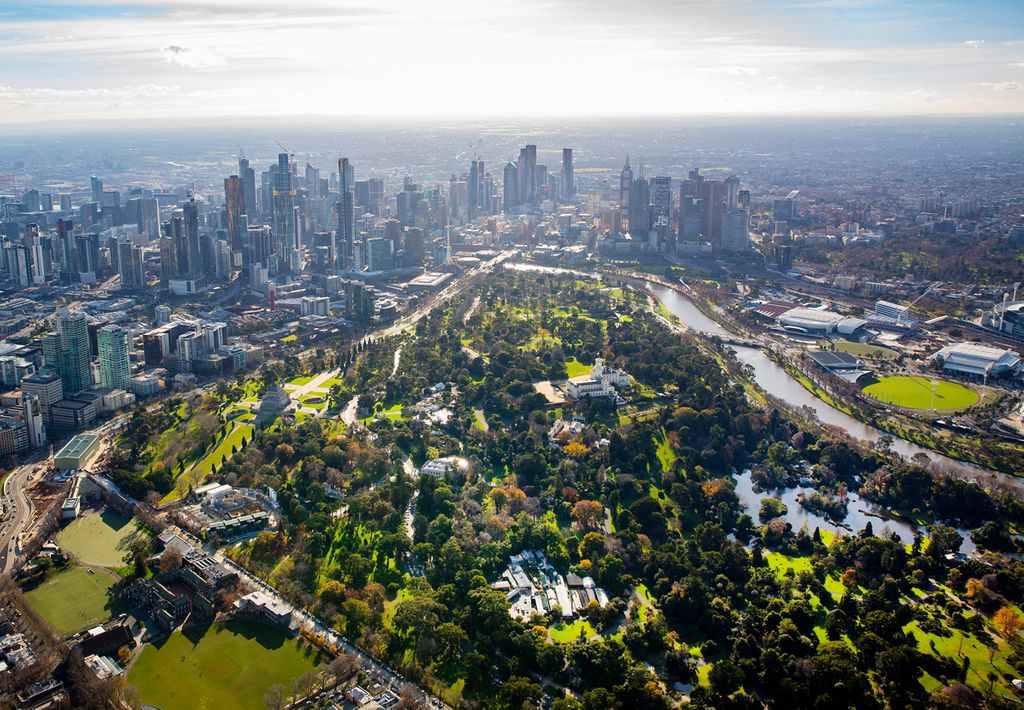 It’s hard to miss the Eureka Building from the ground, but up close from above you can marvel at its shiny exterior. The building is the third tallest in Australia at nearly 300 metres high. Which building beats it for second place? That would be Australia 108 – where this photo was taken from! 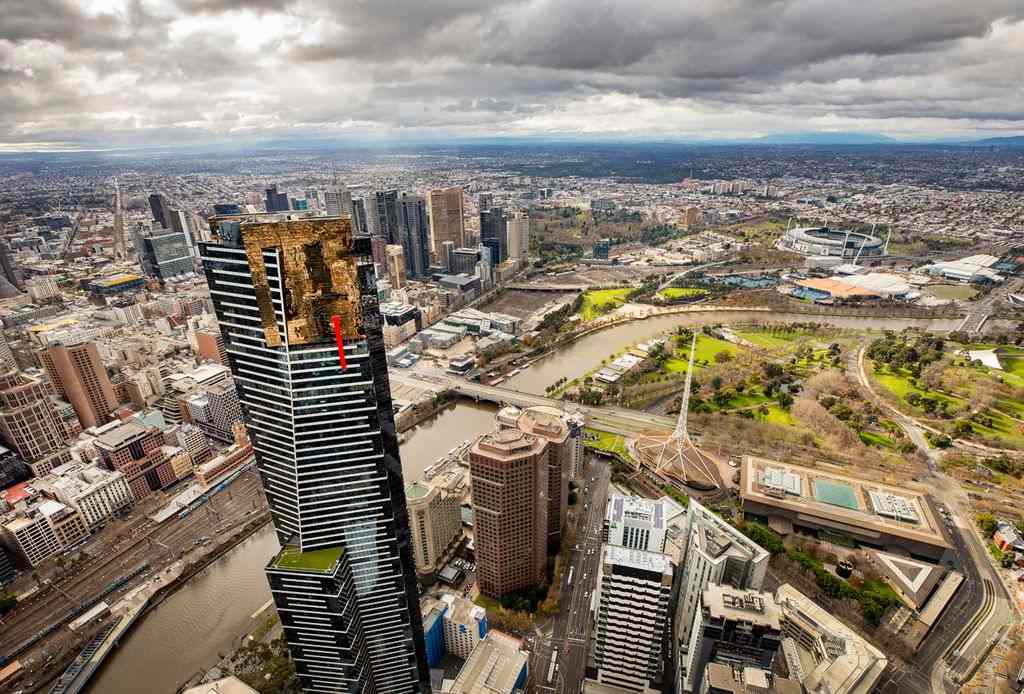 The view from Australia 108

A green oasis beyond the skyscrapers of the city, Carlton Gardens is extra lush from above. The domed top of the Royal Exhibition Building looks particularly impressive among the greenery. Another thing you probably never noticed before? Melbourne Museum‘s rooftop solar panel system. Over 2000 solar panels have been attached to the museum’s roof, saving 635,308 kilowatt-hours per year. 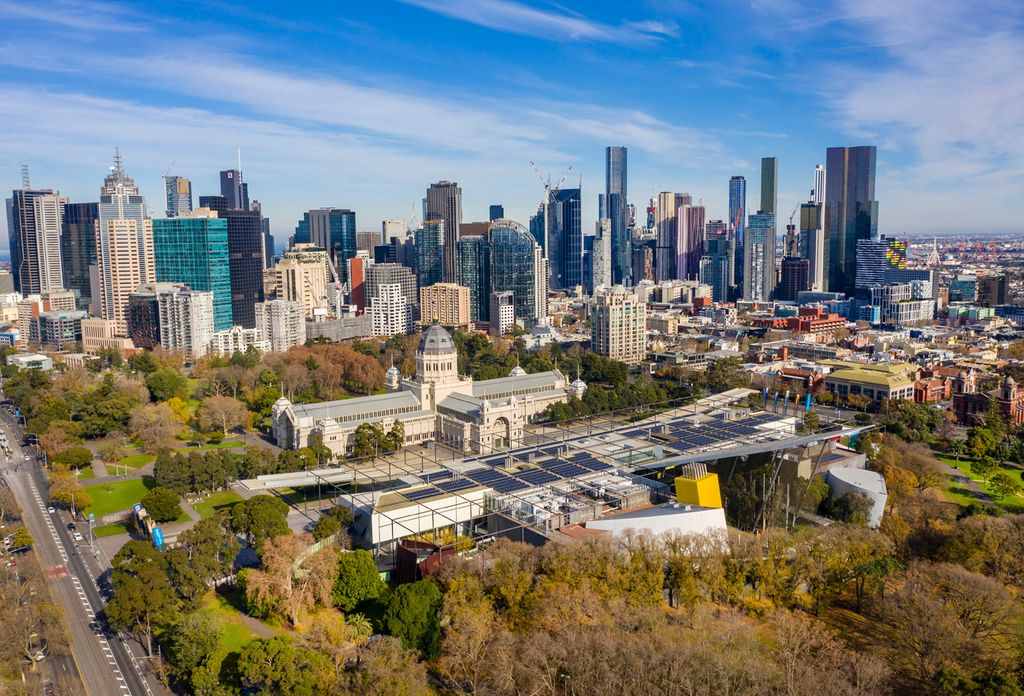 A placid side of the Yarra appears from this view along the Docklands end of Collins Street. See boats moored at the Yarra’s Edge marina in the shadow of the massive ANZ Centre building. Cyclist’s favourite Webb Bridge can also be seen in the distance. 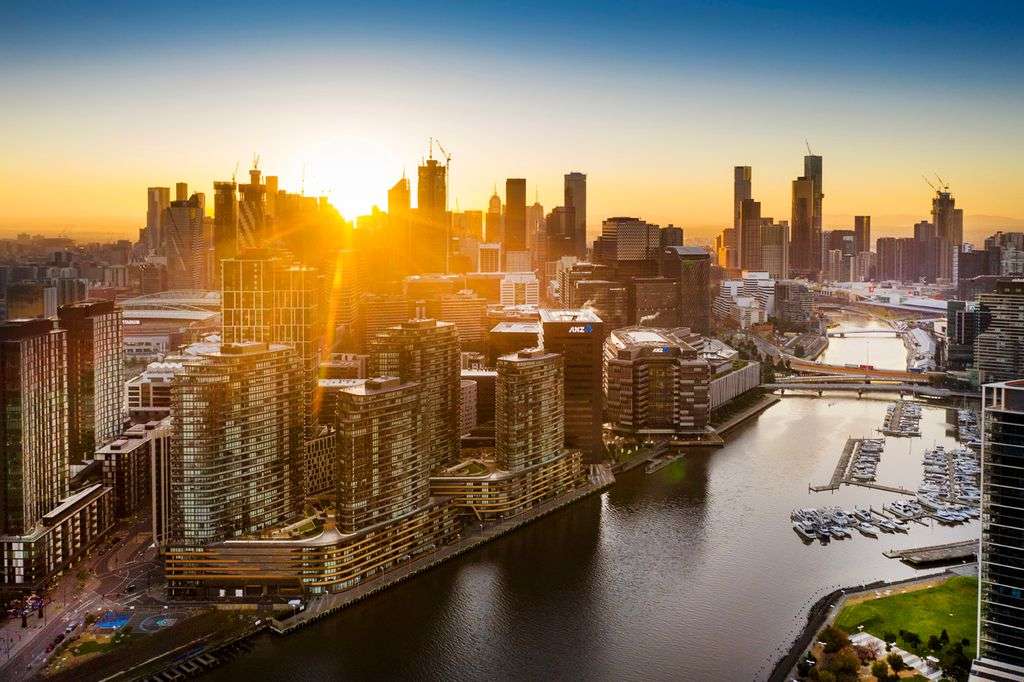 Night time above the Yarra River

It doesn’t get more Melbourne than this endless view down the Yarra. To the left – the sparkling Arts Centre spire, glowing Hamer Hall and towering Eureka building. To the right – a golden Flinders Street station, St Paul’s Cathedral and Federation Square. In a rare feat for a single photo, Princes Bridge, Evan Walker Bridge and Sandridge Bridge are viewed in sparkling succession. 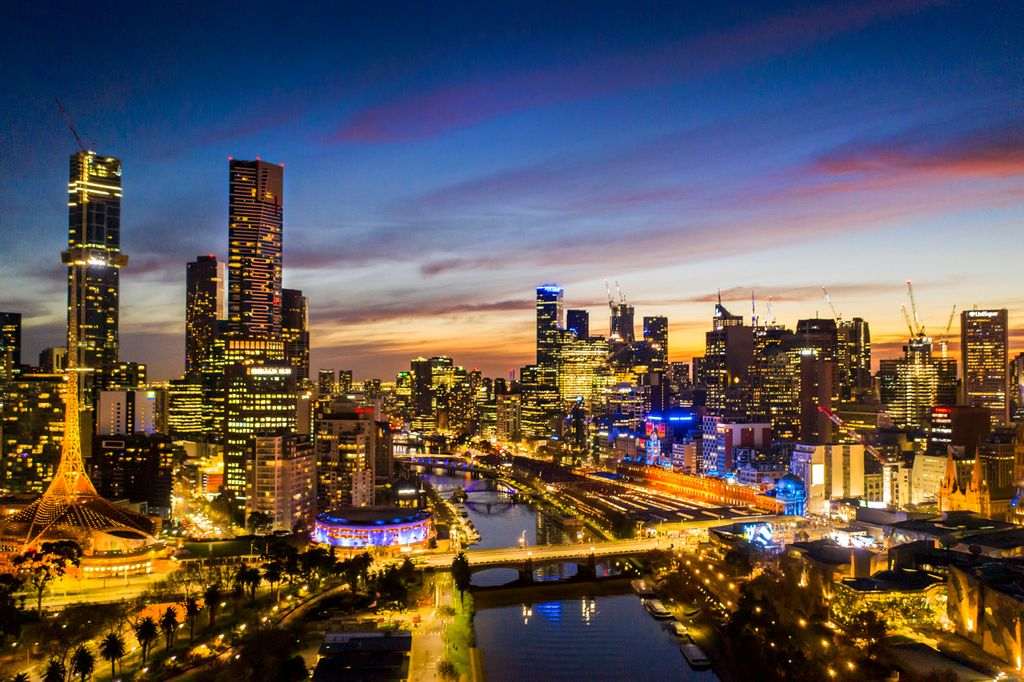 One of the most Melbourne views in town

Love these city pics? Check out our striking photos of Melbourne street art during lockdown.