The gardens have a weird and wonderful history, and from 26 September you can enjoy them IRL again (head to their website for more information). Here are some odd spots to ponder on your next stroll around the ponds.

1. Ornamental Lake is home to power couple Francis and Louise

Black swans Francis and Louise welcomed six fluffy babies last September. If you’re lucky enough to spot the happy family, better to admire them from afar. Both parents are fiercely protective. June to November is peak baby season, with couples crafting nests on the edge of the lake. Teamwork is the key, and both Mum and Dad sharing egg-sitting duties.

The native Australian black swans are a familiar Melbourne sight, but for decades Europeans refused to believe they were real. They were convinced the swans were a joke at their expense. They couldn’t quite believe the platypus either. 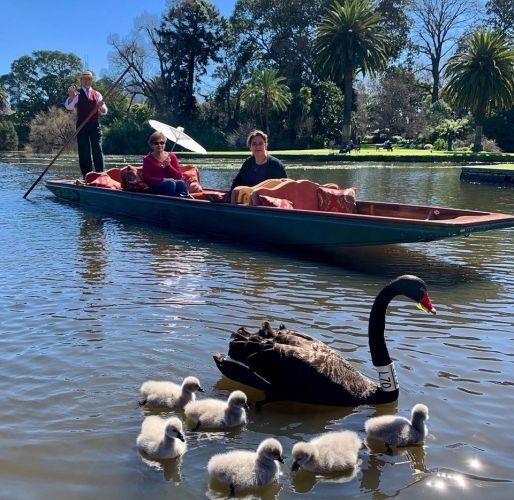 Mama Louise and her cygnets in 2019

When explorers discovered the three metre-wide water lily in 1801 Bolivia, it was big news. The gardens’ first director, Ferdinand von Mueller, had to have the horticultural wonder. When he brought the lily to Melbourne, most doubted the tropical plant would survive at all. And when it bloomed in 1867, crowds flocked to see the miracle.

It isn’t hard to see why. The butterscotch and pineapple scented blooms are magical. But your viewing window is short – they only live for 48 hours. Debuting white (and female), they become pink (and male) that night, before a purple costume change for their final curtain.

3. Horses used to mow the lawns 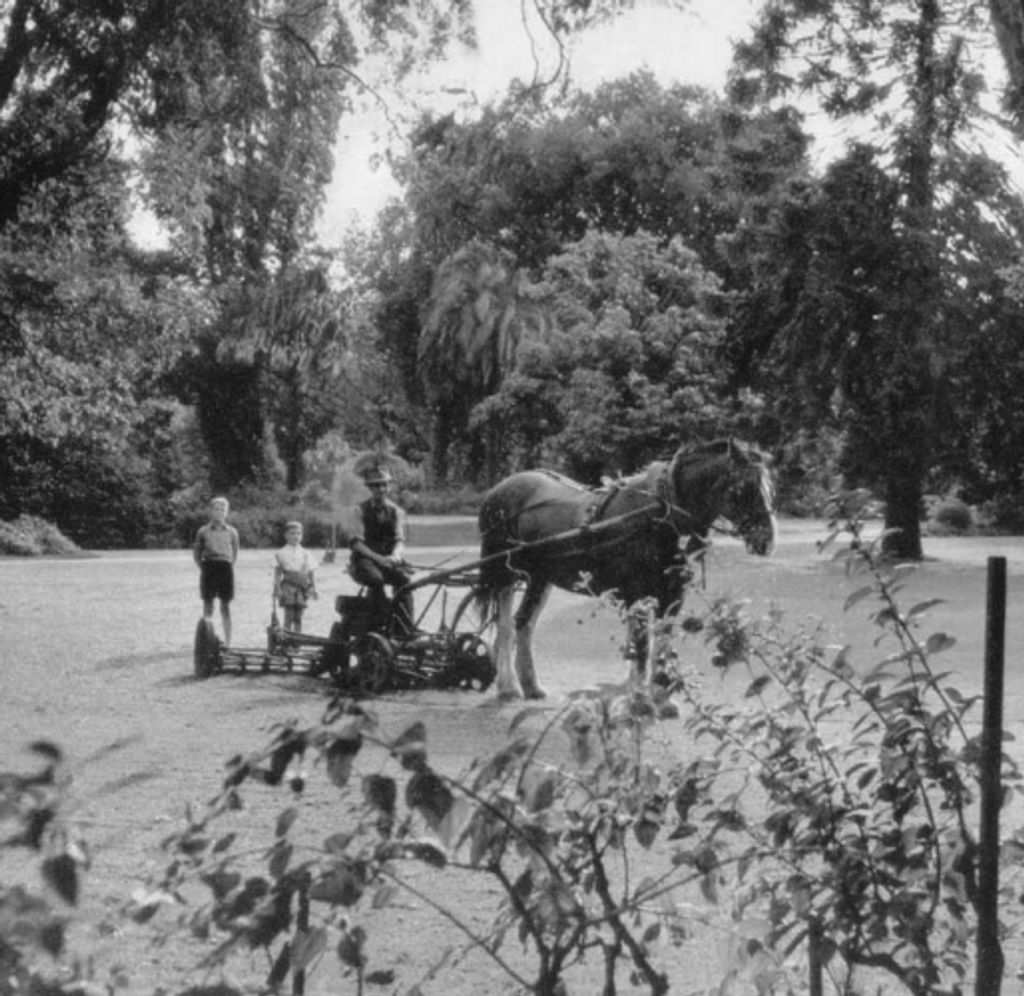 4. The volcano is also a big watering can

The Guilfoyle’s Volcano crater is filled with water. Built in 1876, it looks like a decorative garden straight out of the 18th century. Unlike those follies, it’s super practical. The volcano recycles and stores nearby stormwater, bio-filtering it through the wetlands. Built on the highest peak in the landscape, it uses gravity to circulate water to the gardens. Handy.

Wander around the ‘lava’ paths to check out the succulents in the volcano collection lawn. 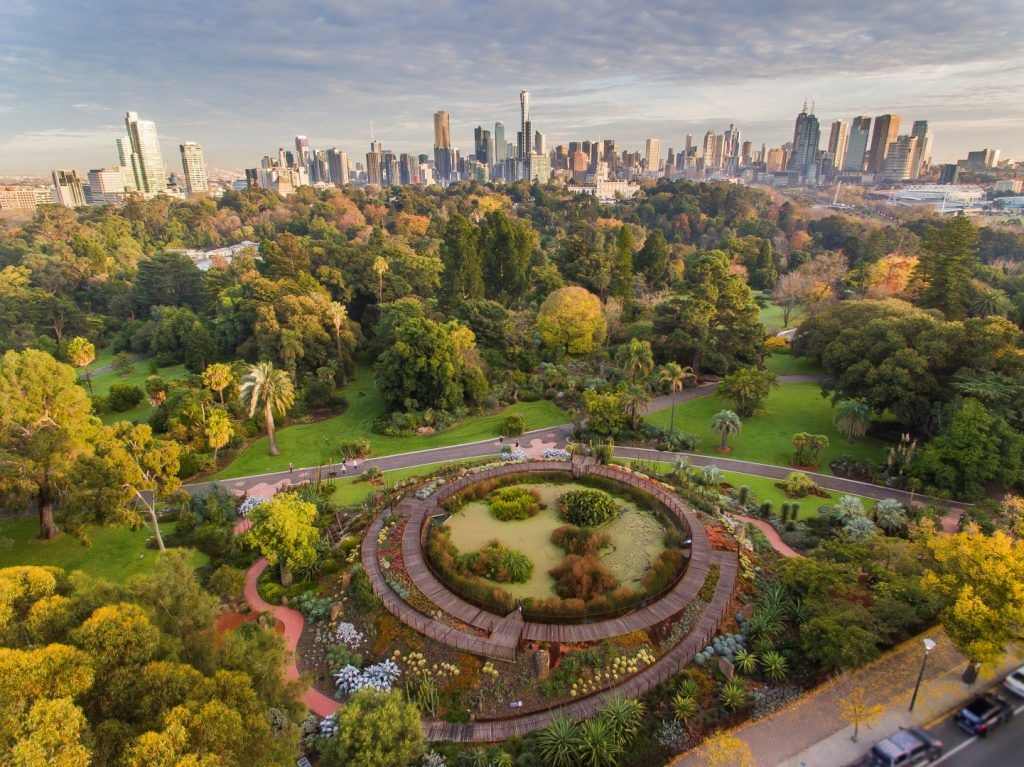 5. The lakes are older than European settlement

The lakes might look like a royal groundskeeper’s dream. But the natural water system they sit on goes way back before European settlement. The original four swamps opened onto the Yarra. The lakes were an important food source for local Aboriginal people, stocking short-finned eels. Today the gardens are home to 370 native plants and 20 native mammal species. 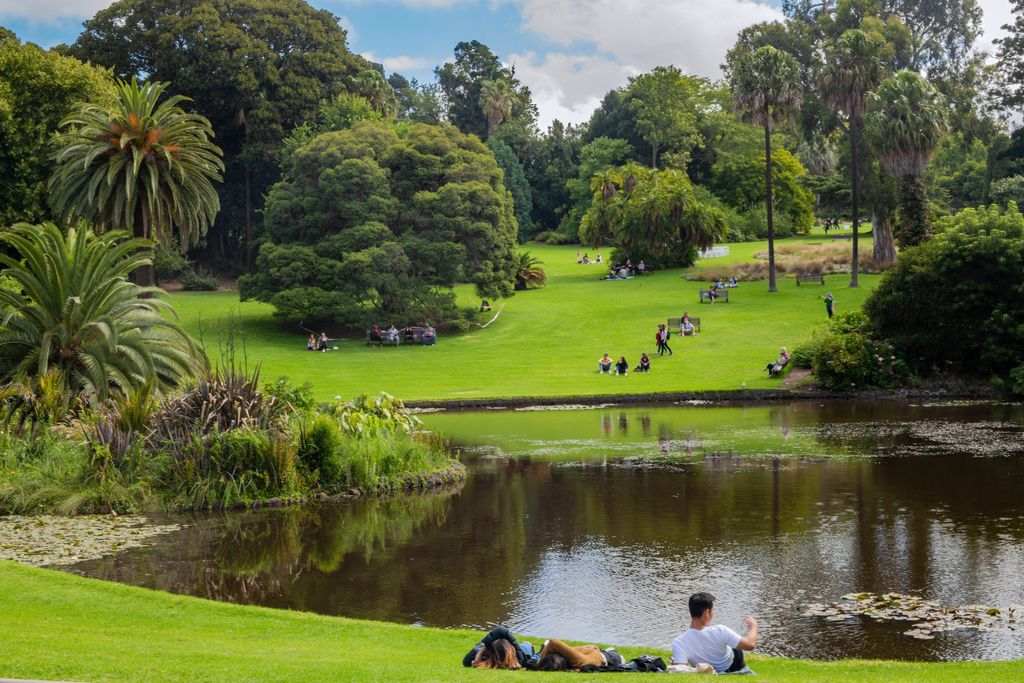 Please note the gardens are open but all programming and tours are paused.