Do the time warp and take a proper gander at these ye olde snaps. Is that really Melbourne? Yes, yes it is.

Our domed icon is bustling in this happy snap from 1950. If you look closely at the entrance to Flinders Street station, you can make out a Christmas shopping message underneath the clock: ‘Prepare for Christmas. Shop and post early. Travel between 10 and 4’. There’s no lack of fashionable city-goers decked out in hats, either. 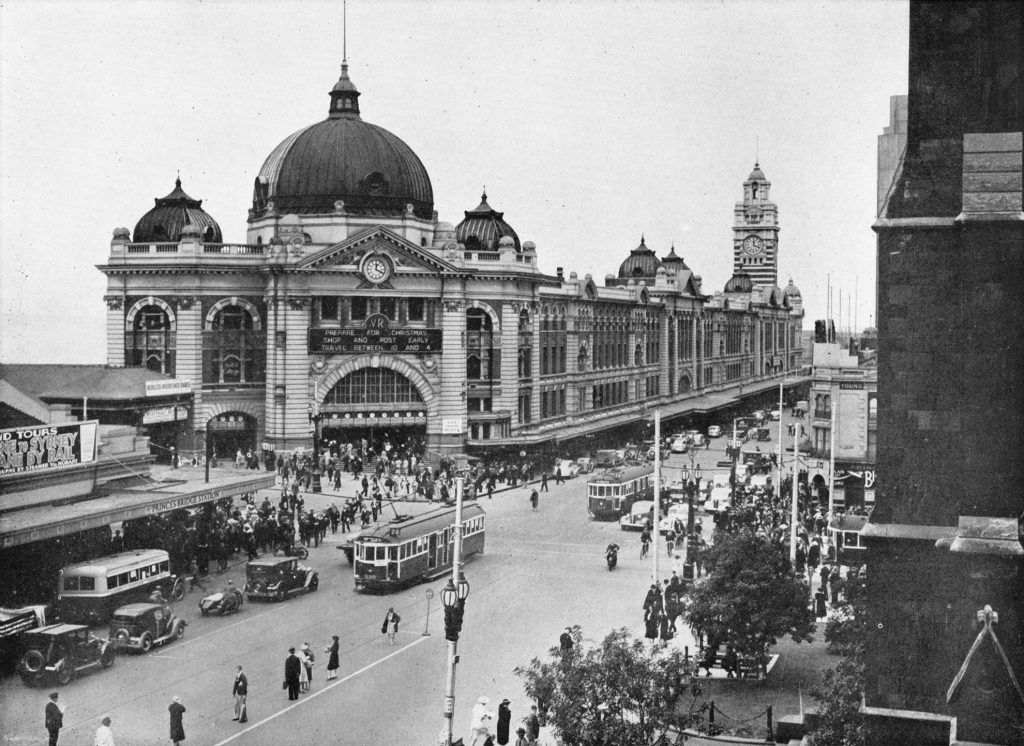 It’s 1960 and Federation Square is nowhere in sight. Instead, cylindrical Princes Bridge Station sits above a sea of brown track. Demolished in 1964 and replaced with the notoriously ugly Gas and Fuel building. Having déjà vu? Yes, the new Metro Tunnel Town Hall station entrance is being built on the same spot.

Who knew the Manchester Unity Building was an early adopter of rooftop dining? In the 60s it boasted an alfresco garden cafe. Complete with palm trees, Japanese maples, fountain and pond. Plus rumoured roaming flamingos and a string quartet. Wow. 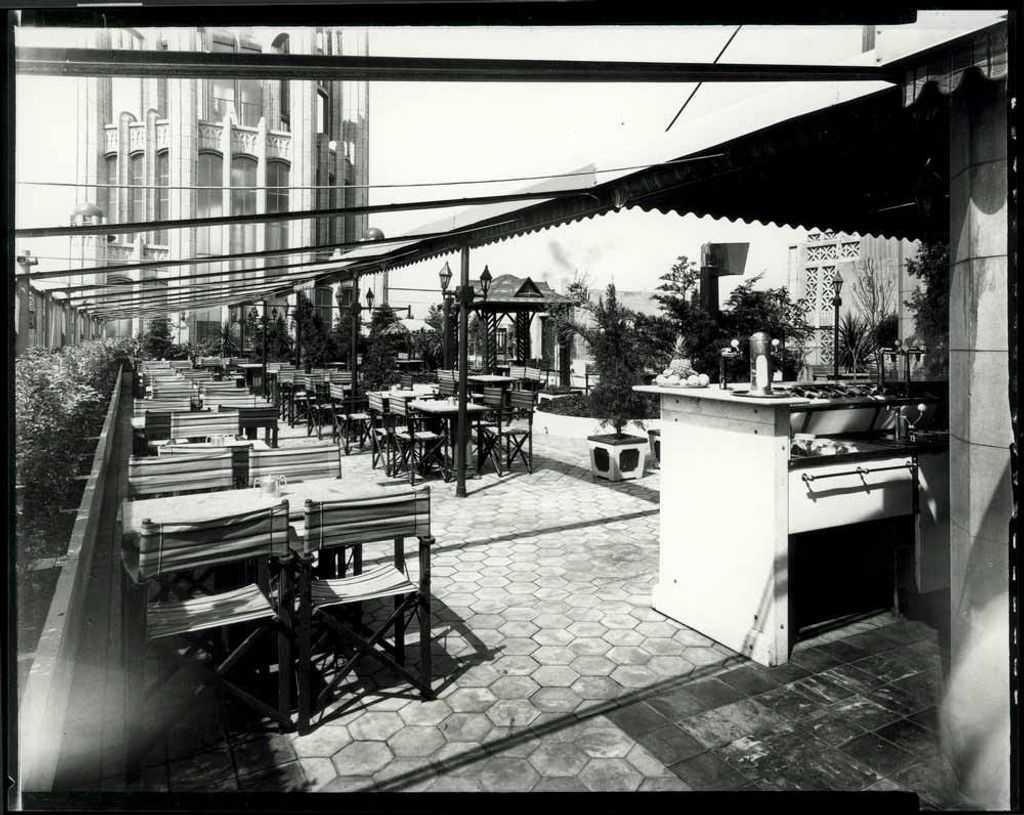 European-style laneways have always been a window-shopping city staple. Although Centre Place is barely recognisable in late-60s black and white. Signs advertise practical wares like skirts, army supplies, cameras and cards. And everyone looks very dressed up. 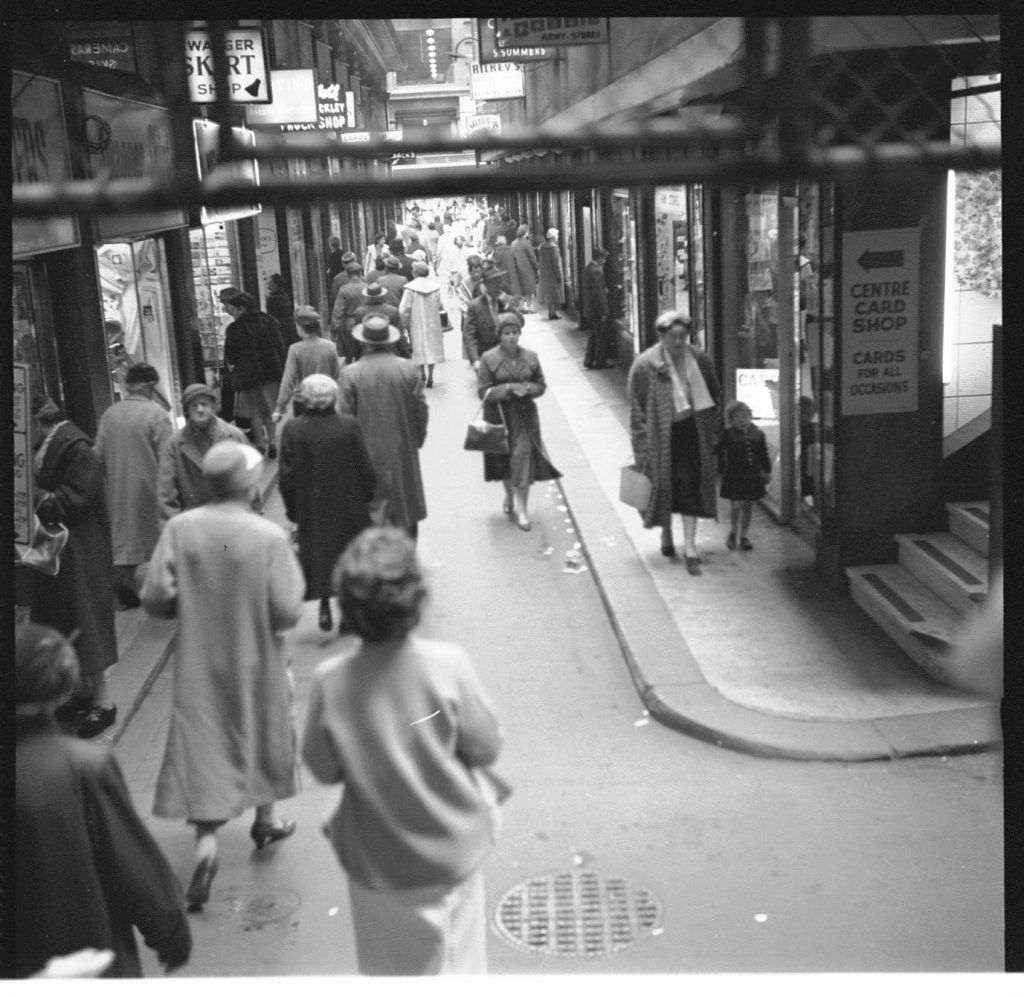 Foys Art Deco department store digs on the corner of Swanston and Bourke once rivalled Myer and David Jones. Foy’s were famous for their Christmas decorations – starring a three-storey Santa. Scary. After World War II Foy’s added a morale-boosting open-air carnival to its roof. Complete with a petting zoo, pony rides, Ferris wheel, merry-go-round and water boat ride. Other mid-60s oddities include a skyscraper-free view and flying Union Jack. 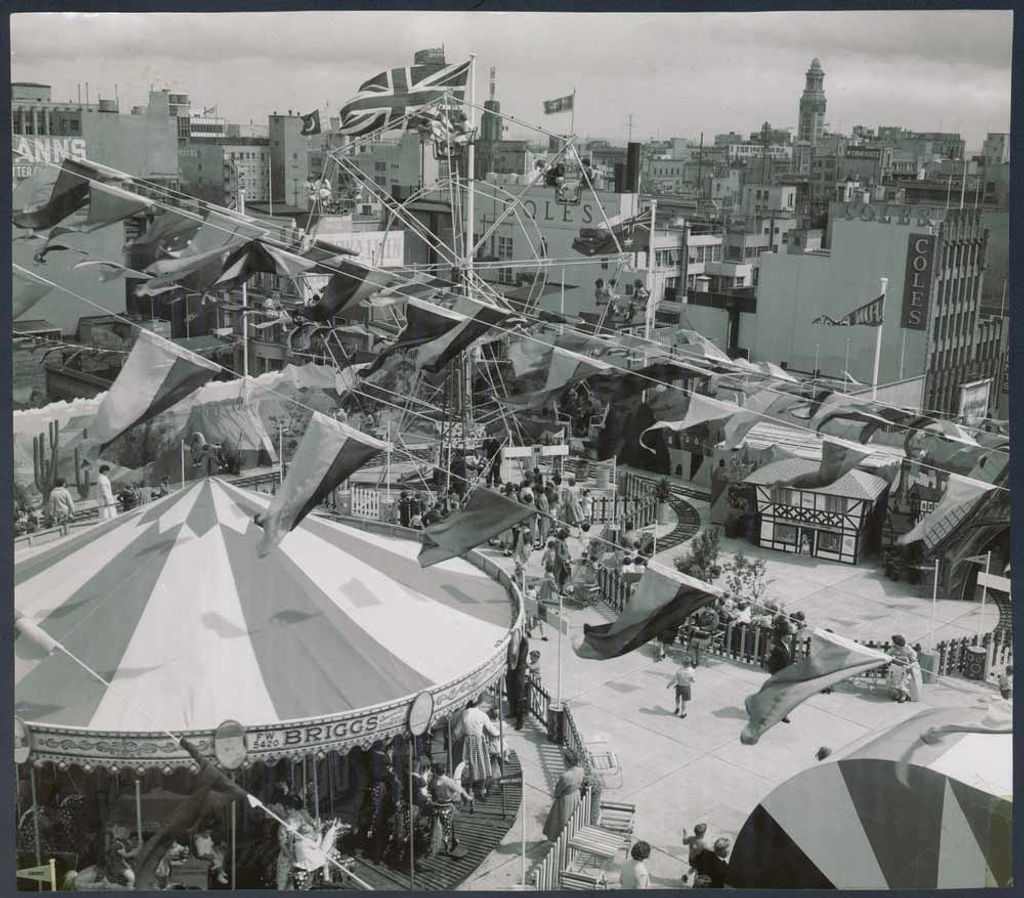 The rooftop fun park which used to exist on the top of Foy and Gibson department store (estimated date 1960-167) Photo: State Library of Victoria.

Matching bonnets, faces away from the camera and chicken wire fencing. 1920s playtime in Flagstaff Gardens had major Children of the Corn vibes. Look closely at the top right hand corner of the image to see kids swinging at heights that today’s health and safety standards would never permit. 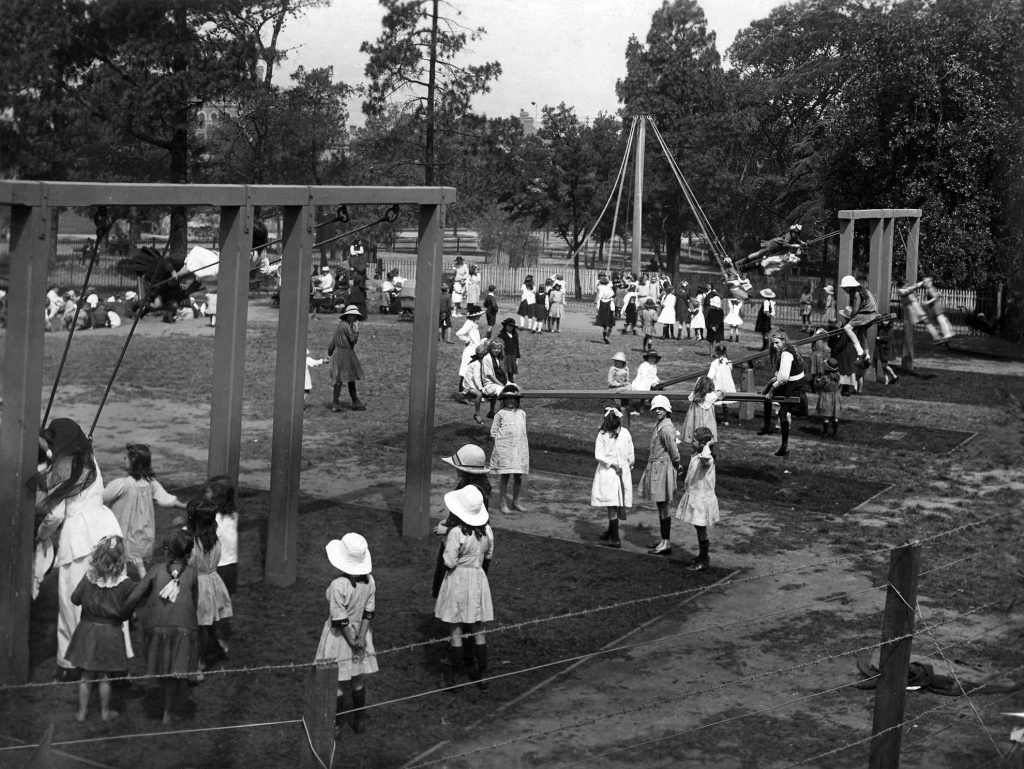 A playground in Flagstaff Gardens circa 1925.

Thanks to the City of Melbourne’s Art and Heritage Collection and the State Library of Victoria digital image pool for these amazing archival photos.