Take a trip down memory lane or discover some long gone, historic wonders. Dive into these captivating old photos of marvellous Melbourne.

Melbourne has always loved live theatre. Proved by this festive shot of the Regent from the 1960s, taken from outside the Athenaeum. Check out the shops along the side, which is now the entrance to the Westin Hotel. Going even further back to the 1940s, it’s interesting to see how leafy Collins Street looks. No traffic either! 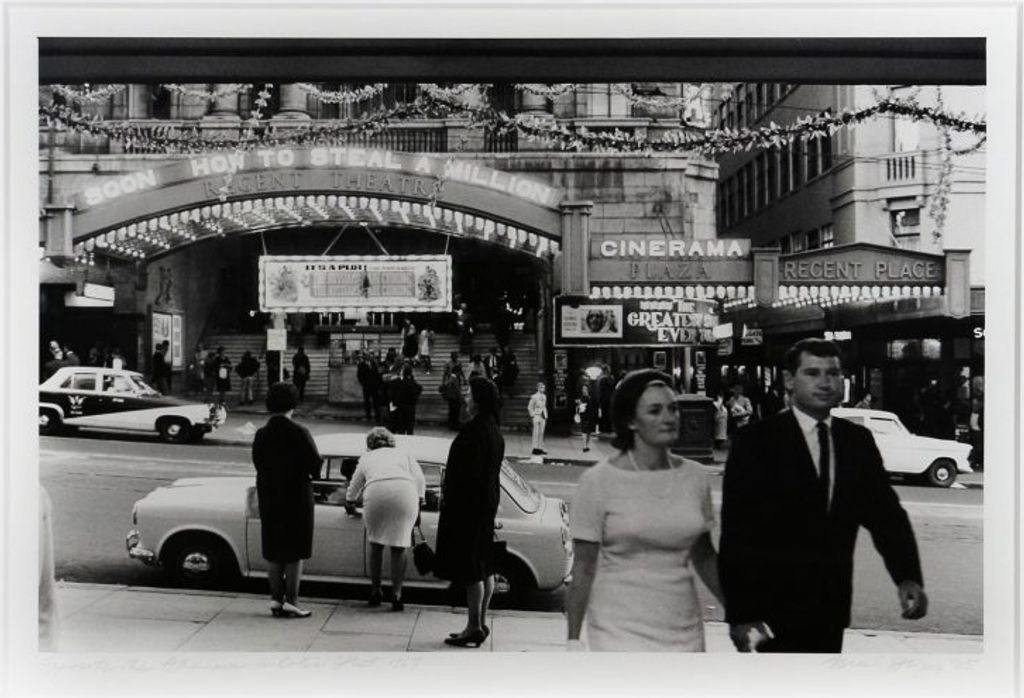 Theatre-goers back in the day. Pic via City Collection.

Let’s go all the way back to the 1800’s with this beautiful picture of our beloved Town Hall. The surrounding buildings have changed a lot. But the structure is still pleasantly unchanged. Just add flower boxes and current fashions and you’ve got the current day vision. 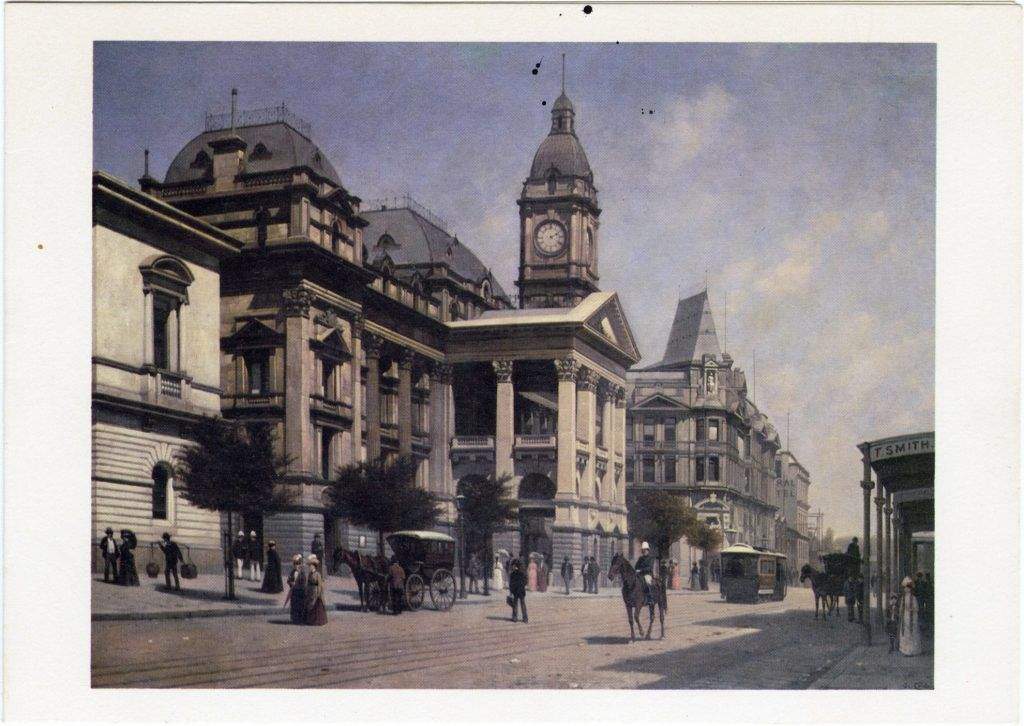 Imagine you’re standing on the corner of Flinders Street and Swanston. Just near Federation Square. Now travel back to the 1960s and check out the view. So much neon! Look at that signage on the side of Young and Jackson, and the weather forecast on the side of the Nicholas Building. Those buildings in between are now the site of some of the Metro Tunnel works. 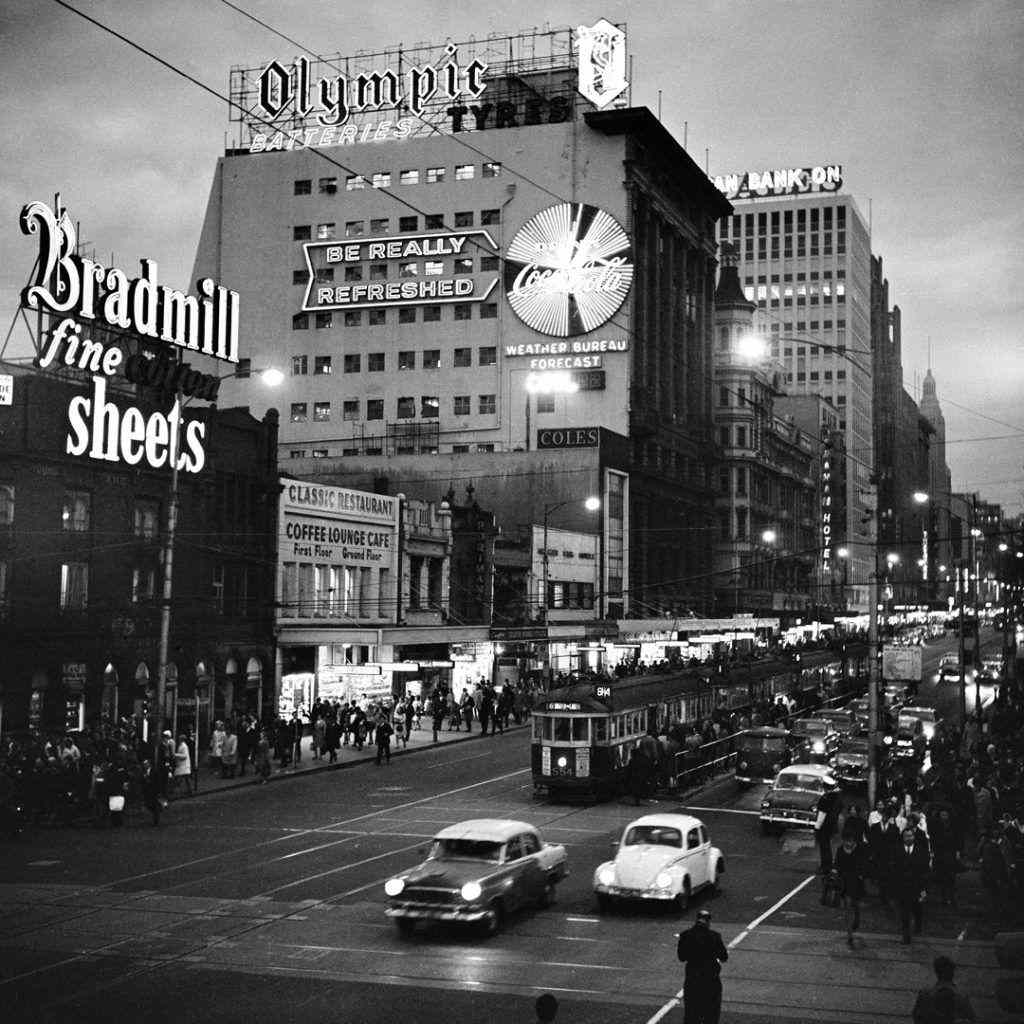 These days we have our phones for company on the train ride home. Here, the commute includes grabbing the paper from this sprawling news stand. Generally while wearing a natty trench. The news stand is long gone, but the iconic clocks remain. Next time you’re meeting someone ‘under the clocks’, note the Art Nouveau windows above. 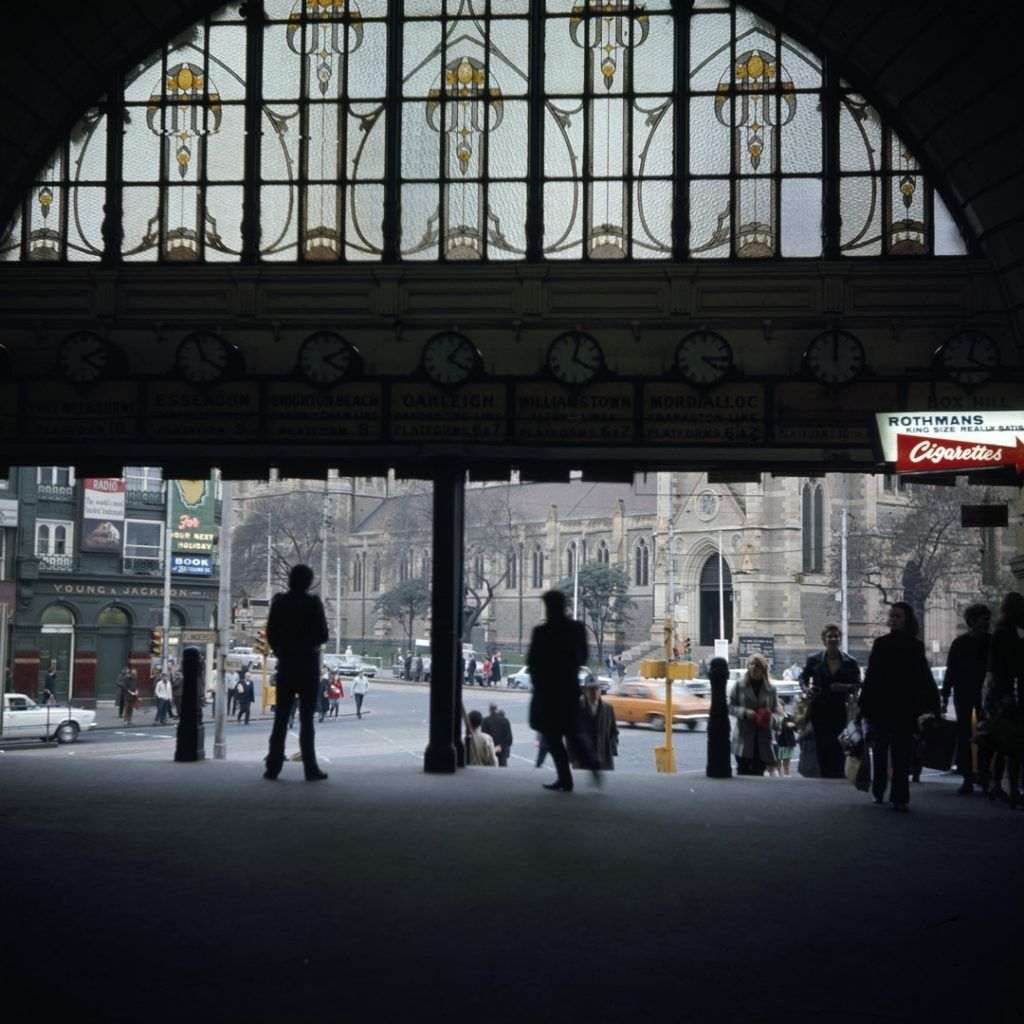 It’s hard to imagine Melbourne without Fed Square. Watching movies on the big screen or meeting friends at ACMI. Seeing Australian art at the Potter or relaxing with al fresco drinks at Beer Deluxe. But decades ago, it was the looming Gas and Fuel Building. This shot was taken as if you’re lining up to get into a gig at the Forum. Look at the fonts on the shops along Flinders Street. That milk bar! 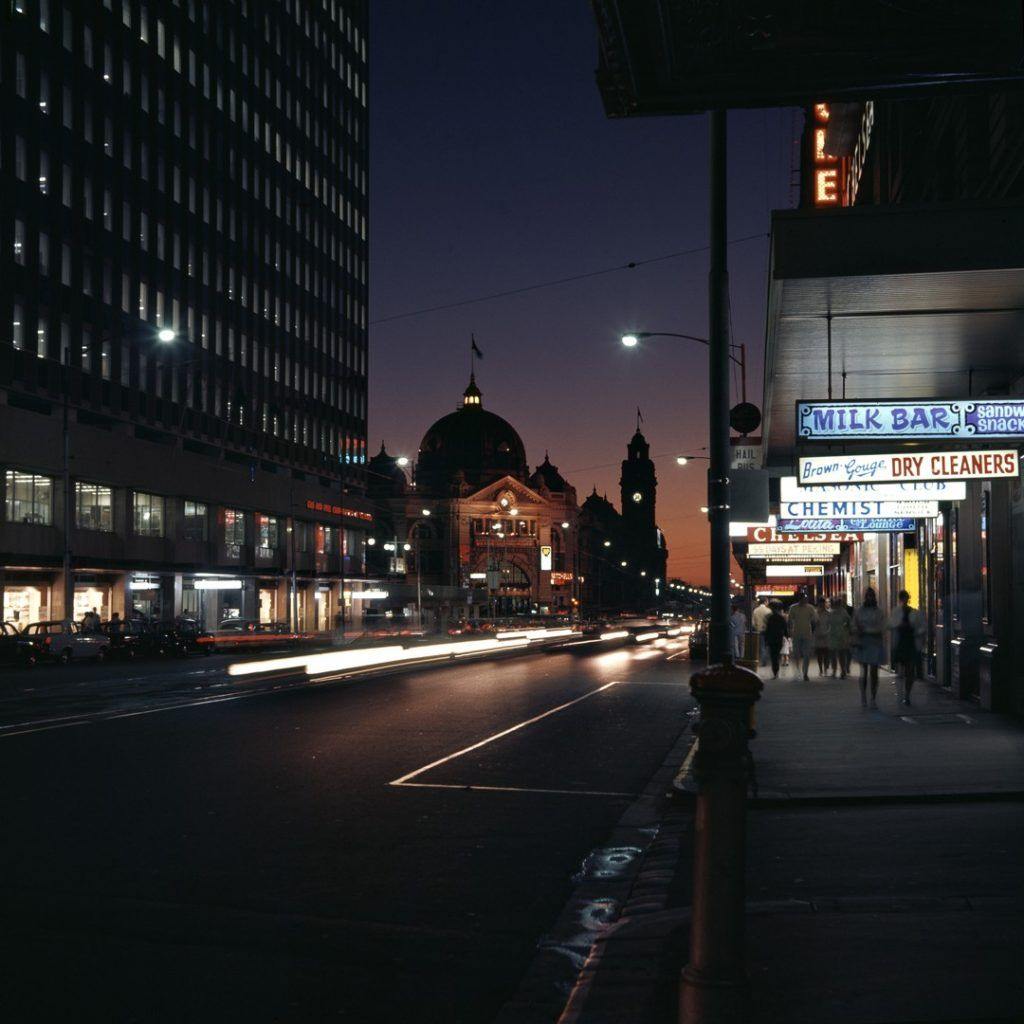 Recognise that arcade entrance beneath that lamp? Yes, that’s the Block Arcade on Collins Street in 1914, long before we’d skip down for a cheeky treat at Haigh’s. Fast forward to the 1960s. You can see glamorous ladies window-shopping. Probably killing time before high tea at the old Hopetoun Tea Rooms. You can see the sign there on the right. 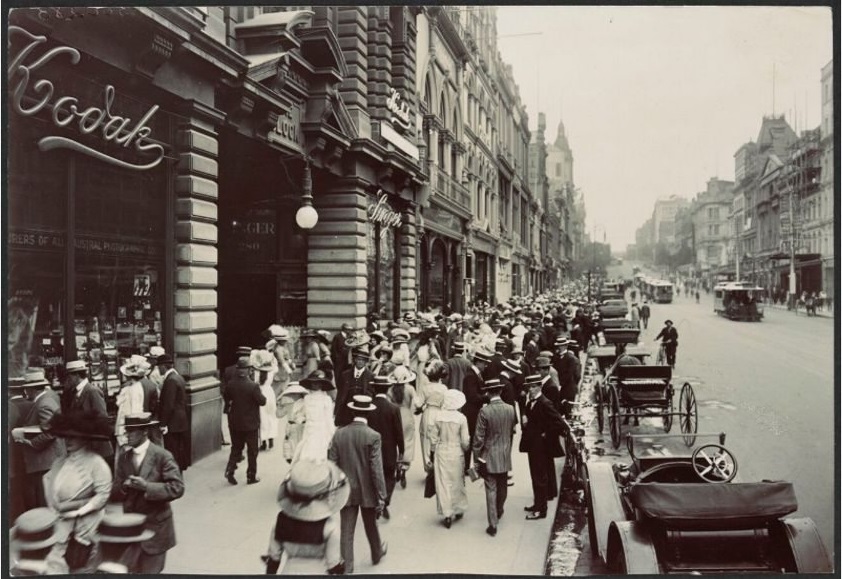 We’re all used to heading down to Northbank for riverside drinks after work. We love Birrarung Marr for all kinds of fun festivals. But back in the 1920s, it was a tranquil, palm-lined riverbank, where you could lounge at your leisure. 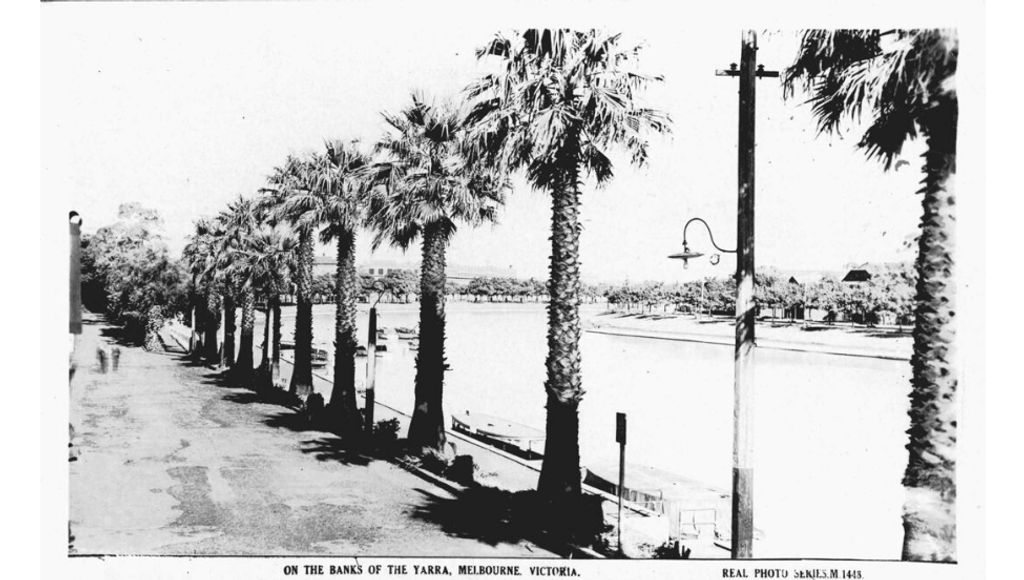 Remember Charles Bush’s King Neptune sculpture? It sat at the entrance of the Port Phillip Arcade. But did you realise the arcade used to be home to a basement food centre? It included a classic coffee bar and the Herbert Adams Cake Bar. It also included a butcher, delicatessen and frozen food section. The arcade has been demolished to make way for the Town Hall Station. But the sculpture will be reinstated there. 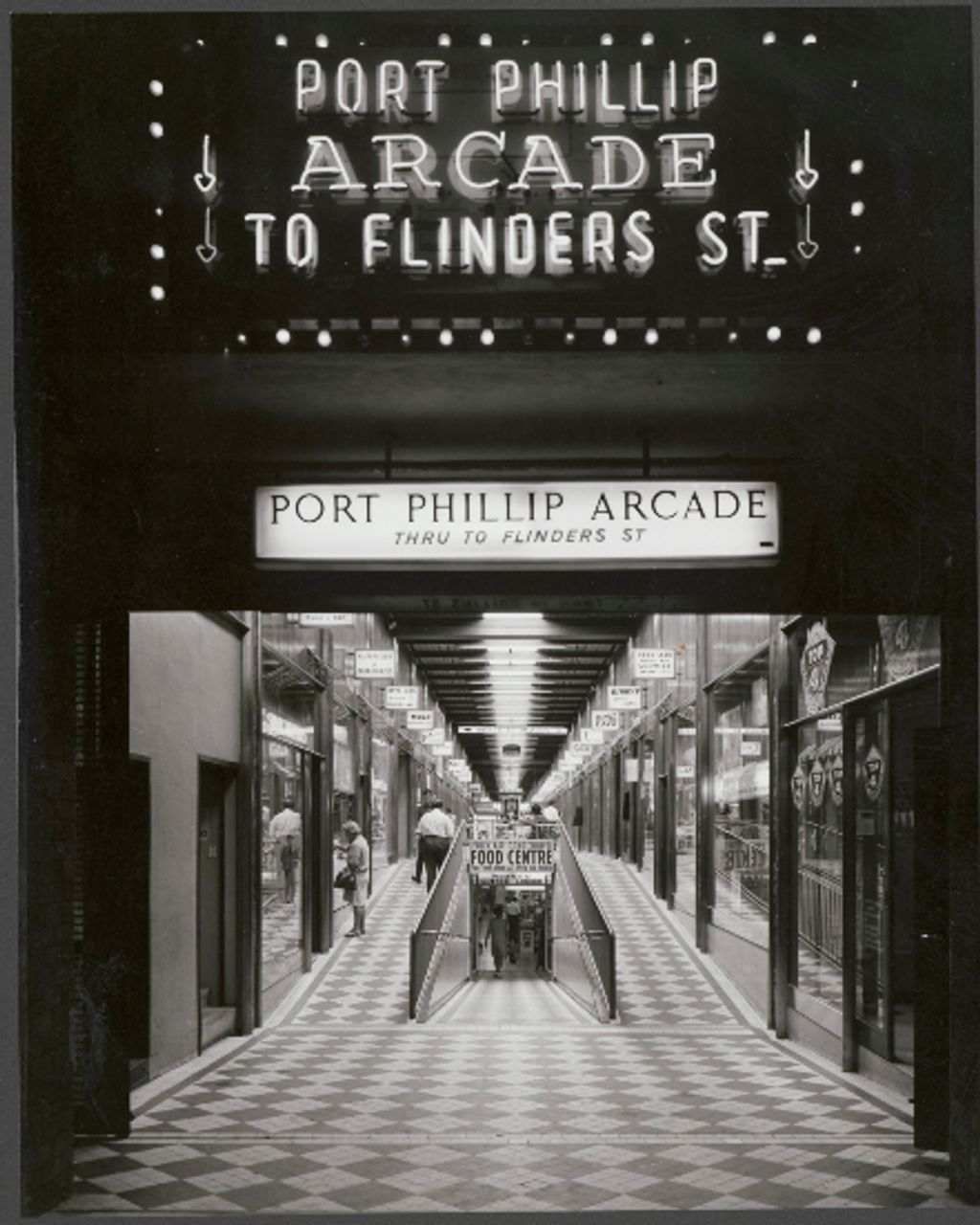 We know that massive, sprawling transport hub as Southern Cross Station now. But it used to be called Spencer Street Station and was a much smaller affair. No walkway over to Marvel Stadium, no multi-level escalators, supermarkets or SkyBus terminals. Just major modernist vibes. Today it’s a touch more takeaway sushi and a little less sleek. But here’s a major dose of telephonic glamour from the Station around 1963. 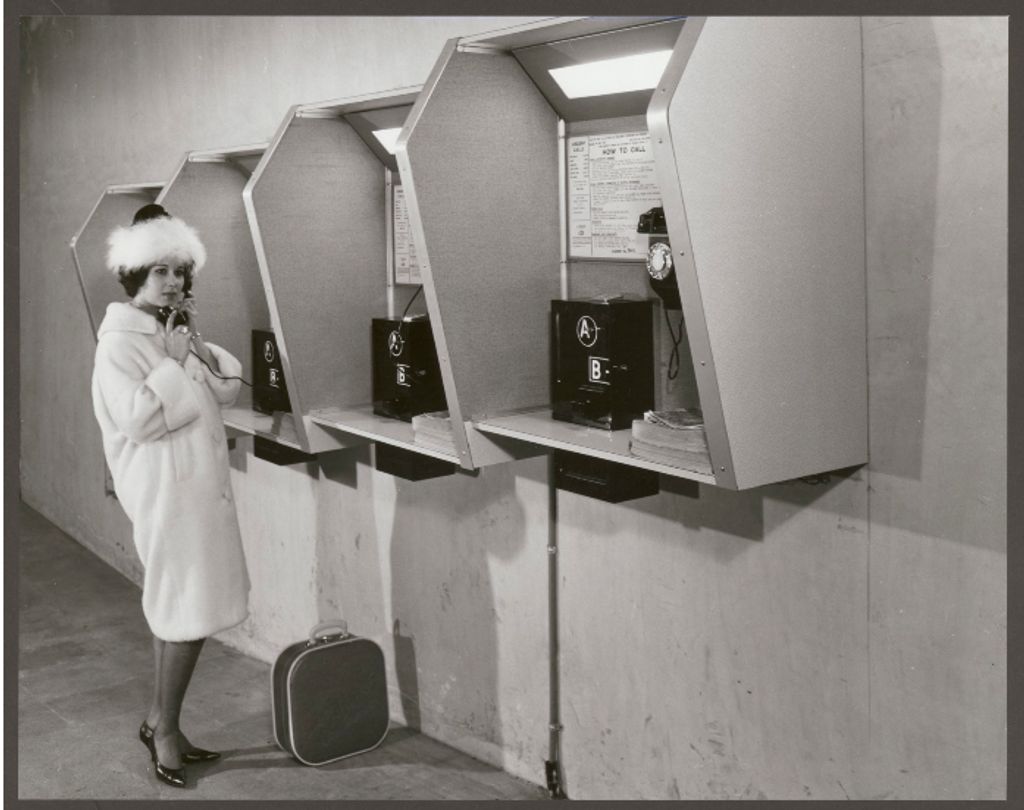 Next time you pop into David Jones, stop for a moment. You’re standing on the site of the legendary Coles Book Arcade. Coles Book Arcade was once the home of the world’s biggest bookstore. It was a crazy, epic, multi-levelled store; an explosion of books, toys and curios. There was a fernery, a live pianist, funny mirrors and even monkeys. 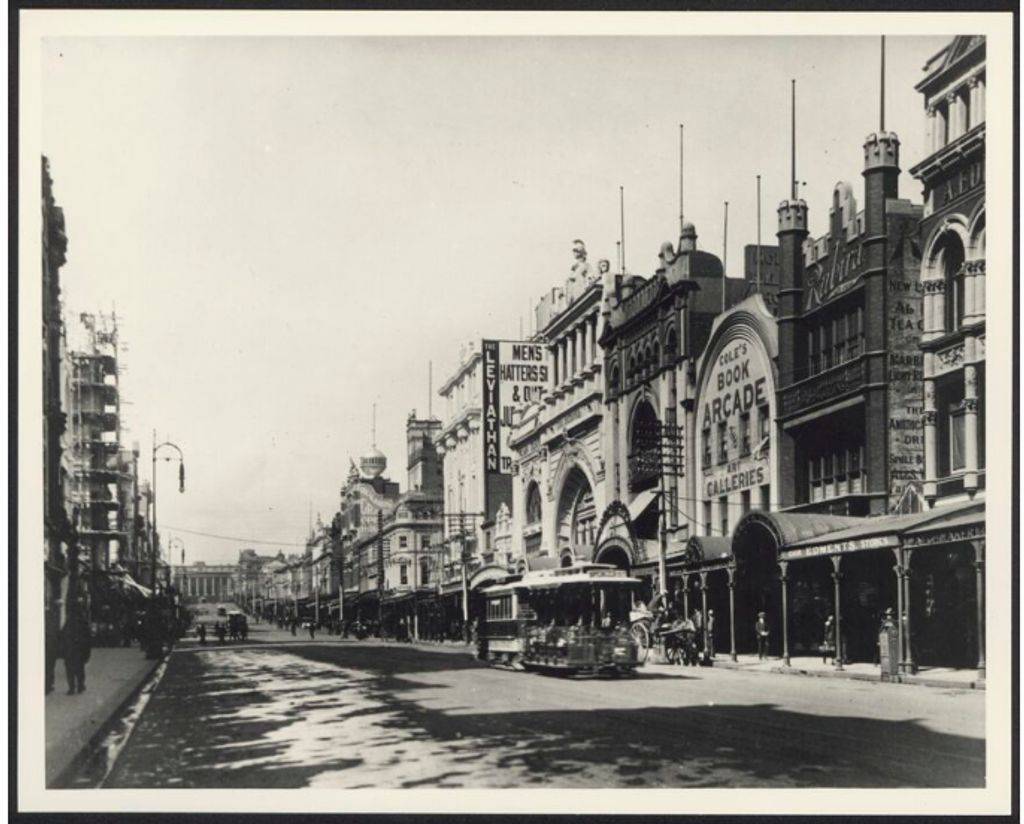