Australia’s largest community festival returns over the long weekend from 6 to 9 March. The Moomba Parade is always a highlight, but what other (mostly free) fun should be high on your list? Here are our tips for a wonderful day or night with family and friends. Best to plan ahead, because 1.3 million people are expected to attend this year’s Moomba Festival. 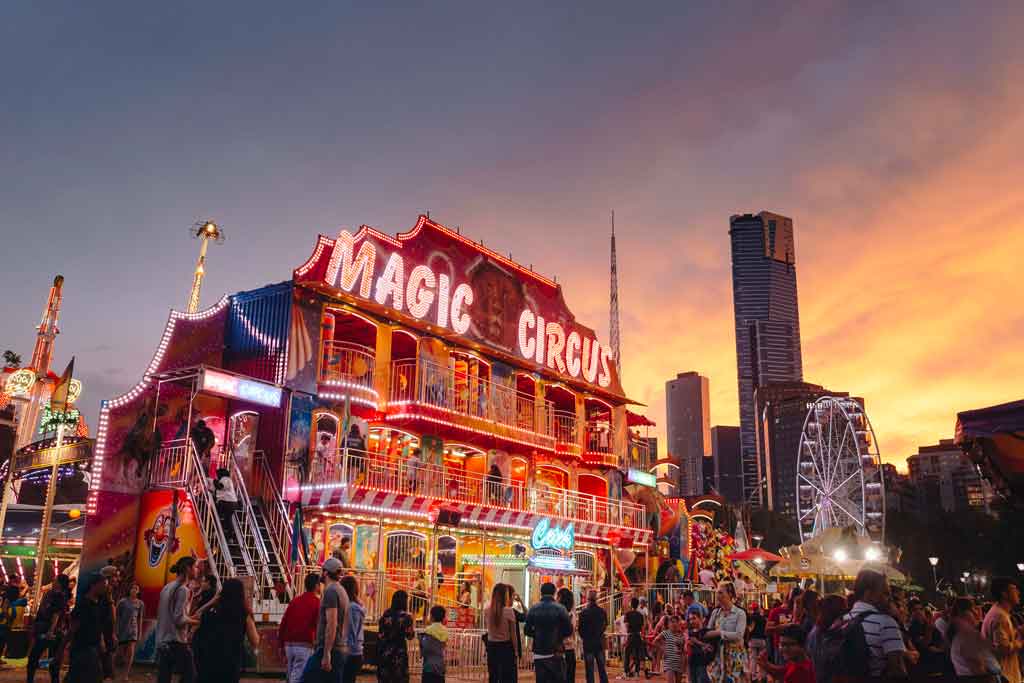 Moomba is on from 6 to 9 March

As always, there are rides galore to suit all ages and courage levels at the Moomba Festival Carnival. Are you brave enough for The Beast? This extreme ride clocks 120 kilometres per hour, and swings up to 38 metres high. Young visitors will love the Little Land rides, like Fantasy Cups and Happy Kangaroo.

Opening night’s $35 Friday Ride Pass is amazing value for anyone who loves carnival rides. This golden ticket to three hours of excitement can be bought in advance. Going as a group? Upgrade to a four-pass pack and save. 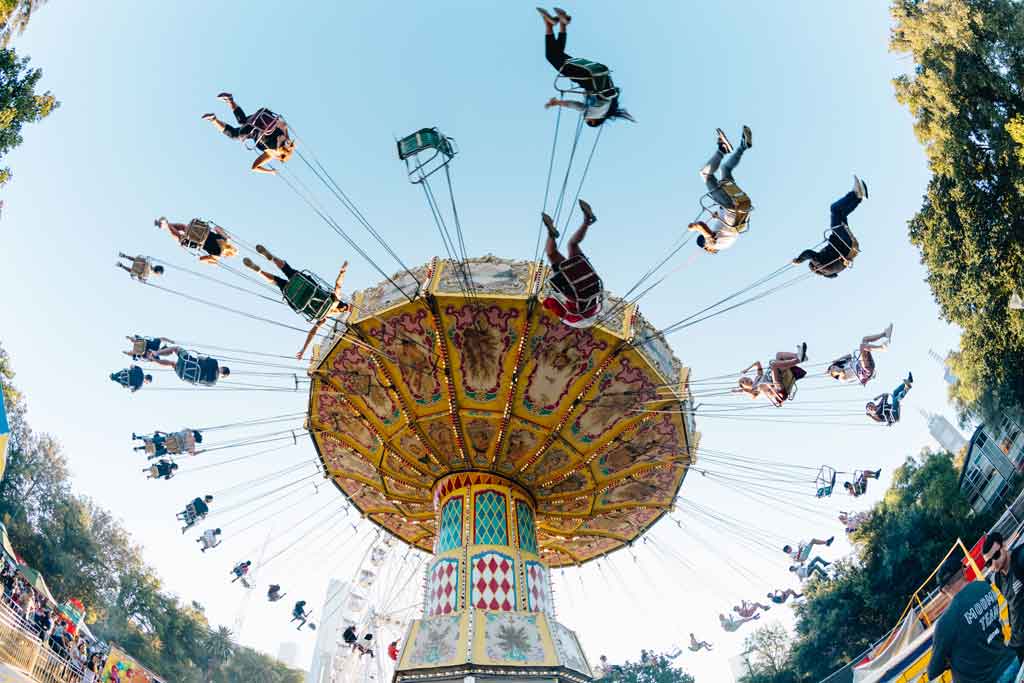 Invention and silliness join hands and try to fly at the Moomba Festival Birdman Rally. This annual favourite sees daring participants don costumes to help them soar across the Yarra River. Will they fly or flop? No matter, it’s all in the name of charity and a super Sunday spectacle. This year’s special guest entrant is Moomba monarch and comedian Nazeem Hussain.

Since it began in 1955, the Moomba Festival Parade has been one of Melbourne’s most colourful events. This year’s parade begins with a traditional, uplifting Welcome to Country by people of the Wurundjeri tribe. Then it’s time to watch the amazing floats, including some designed by crafty kids during last year’s festival data. There’s also dance troupes, performers and the Moomba monarchs Julia Morris and Nazeem Hussain. Go on, give them a wave! 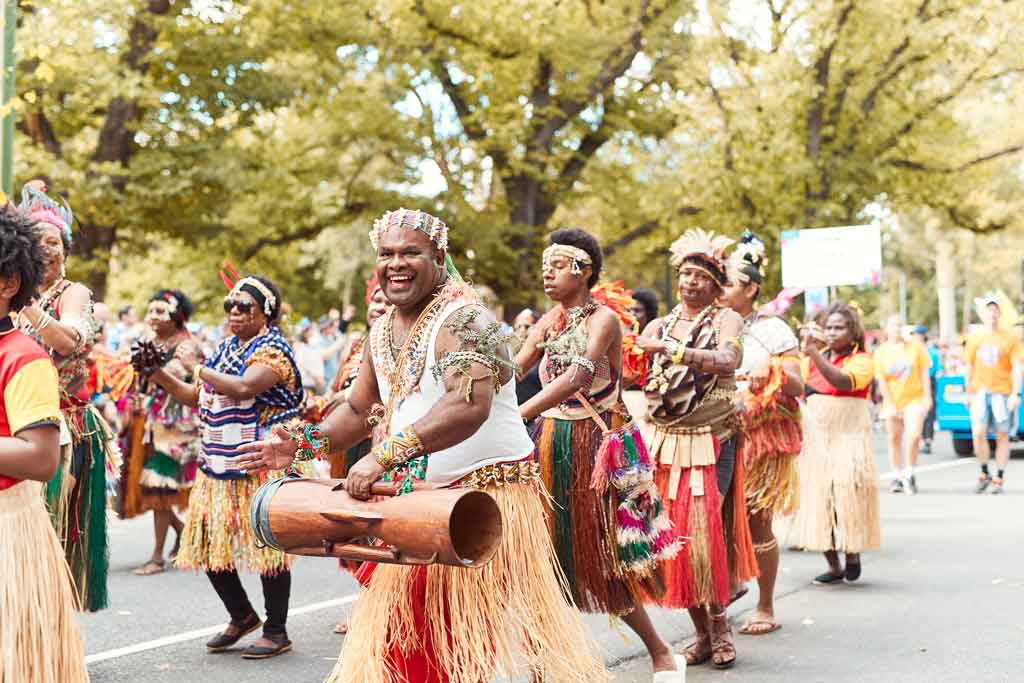 See water babies young and old, amateur and professional gather on the Yarra for Moomba Festival Watersports. Now in its 60th year, the Moomba Masters championship features waterskiing and wakeboarding. There are also spectacular night jumps. Prepare to be wowed!

The Moomba Festival Skate, Scoot and BMX program delivers more high-flying entertainment. The skate sessions are especially high-stakes. This weekend’s program is the Australian Skateboarding League’s National Championship. Participants even earn points towards their run in the Tokyo Olympics! If you want to try matching their gravity-defying feats, check out the Skate Park zone’s clinics.

There are also 3×3 Hustle basketball sessions. With three players per side plus one sub, and 10 minutes to play on half-courts, it’s fast and furious. If you want to do more than watch, register now.

Whether you’ve got two left feet or can two-step with the best, have fun learning a new dance style. Moomba’s Dance Zone offers free workshops in everything from Jamaican dance hall to swing and krumping. Each night of Moomba there are also Silent Disco tours leaving from the DJ stage every 30 minutes. Wave your hands in the air like you just don’t care! 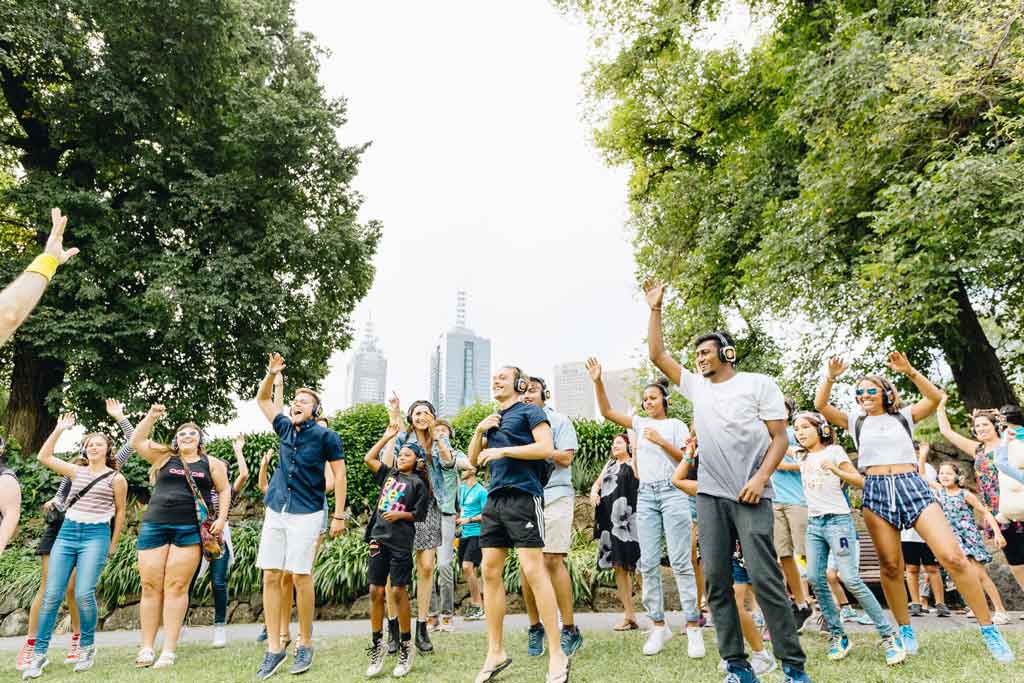 Lots of the activities we’ve highlighted are free. But that’s not all the good times kids can have without costing you a cent. Children aged 5 to 12 can interact with light projections, sound and sensors at Moomba Festival: Invisible Light Garden. Kids aged five and under will love Moomba Festival: Light Pickers. Watch in awe as they transform a dark space into a glowing wonderland.

What can big kids get into besides dancing, scary rides and all sorts of sports? There are bound to be some free acts on the Music Stage to put a grin on their chin. Like funk band Electrik Lemonade, indie four-piece Key Hoo, and rapper P-UniQue. Older kids can also jump into the all-ages Hoop Sparx high-energy hula-hoop workshops, and everyone loves watching Moomba’s nightly fireworks.

Of course you’ll find loads of yummy funfair food at Moomba, like fairyfloss, doughnuts and hot dogs. There’s also pretzels, pizza, souvas, jerk chicken, Vietnamese street food and crepes. Want healthy choices such as salads, smoothies, juices and corn on the cob? Look for the apple symbol on menu boards. Don’t forget to bring a water bottle to fill for free at water stations around the festival. 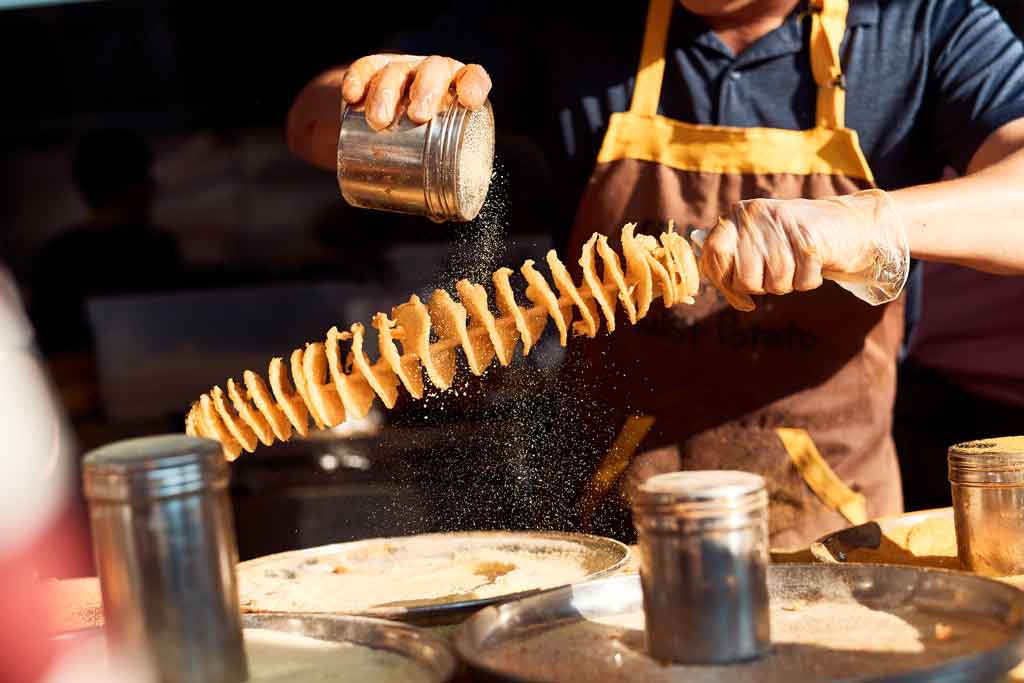