Take a break in an indoor forest or secluded nook in the city’s parks. Then relax in an unexpected urban wilderness or the CBD’s biggest beer garden.

The Royal Botanic Gardens’ fern gully has become even more lush with the introduction of three special meditative spaces. The highlight of the mini Wellbeing Garden is the Bird’s Nest, where you can contemplate nature in a suspended swing chair. There’s also the sheltered Grotto, and a Japanese-inspired Moss Garden. Sit atop stone seats and unwind before the central ‘mother stone’ fountain. 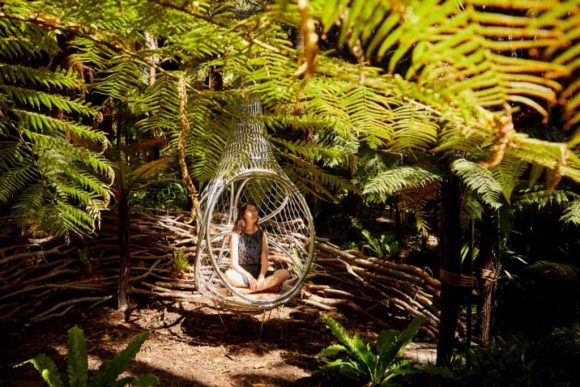 The Birds Nest, one of three Wellbeing spaces hiding in Fern Gully in Royal Botanic Gardens.

Did you know there are wetlands in Royal Park? Trin Warren Tam-boore means ‘bellbird waterhole’, and is home to many species of native fauna like ibis and kookaburras. Read the signs along the trail and learn all about the insects and reptiles that call this urban wetland home.

Mere minutes from the main road, water cascades over this serene stone waterfall. Find the Lake Waterfall on the south side of the ornamental lake in Queen Victoria Gardens. 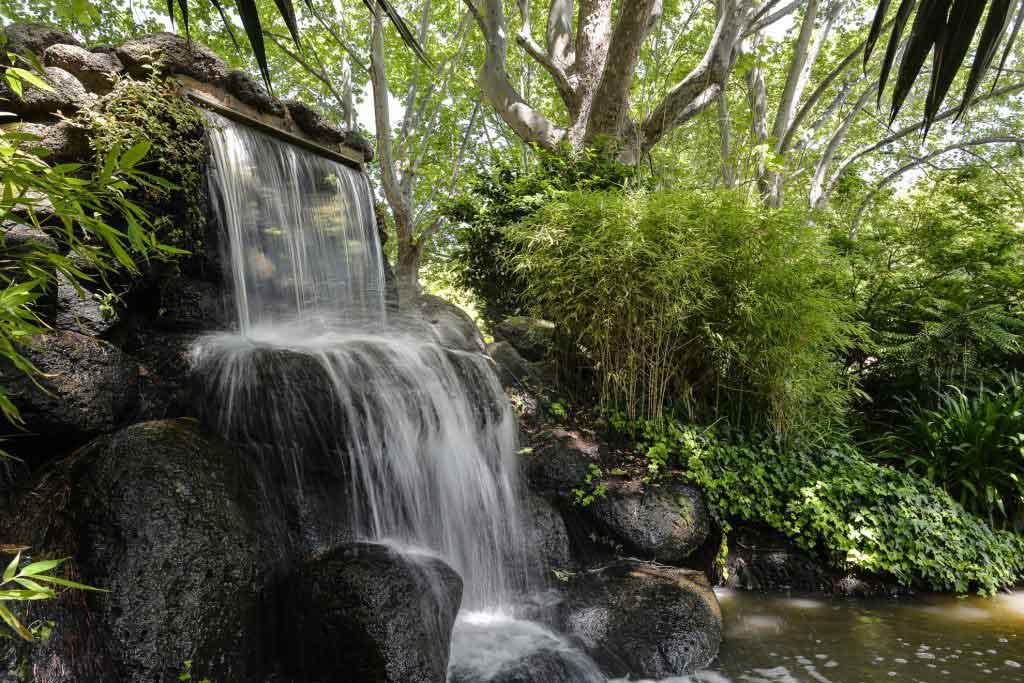 Part of the Domain Parklands, Kings Domain has a secret, sunken garden. Its centrepiece is a cross-shaped pond full of water lilies, which leads to an ivy-draped grotto sheltering a water-nymph statue. Created in 1934, the Pioneer Women’s Memorial Garden was inspired by the Elizabethan era’s symmetrical gardens.

This quiet, green oasis on the edge of the CBD beckons you for a lunchtime stroll. Melburnians all know Fitzroy Gardens‘ avenues of elm trees, gracious sculptures and fountains. But don’t miss the stream running through the park’s southern section though. It’s surrounded by semi-wilderness – like ferns and rainforest plantings – and forms an ornamental state studded pond.

In this lovely formal greenspace, it’s hard to believe you’re only a few minutes walk from bustling Flinders Street Station. You’ve probably seen Queen Victoria Gardens‘ big floral clock, but have you found the hidden pond? John Olsen’s playful bronze frog statue leaps out of it, while a petite waterfall splish-splashes away. You might also spot some contented ducks in this secluded urban oasis. 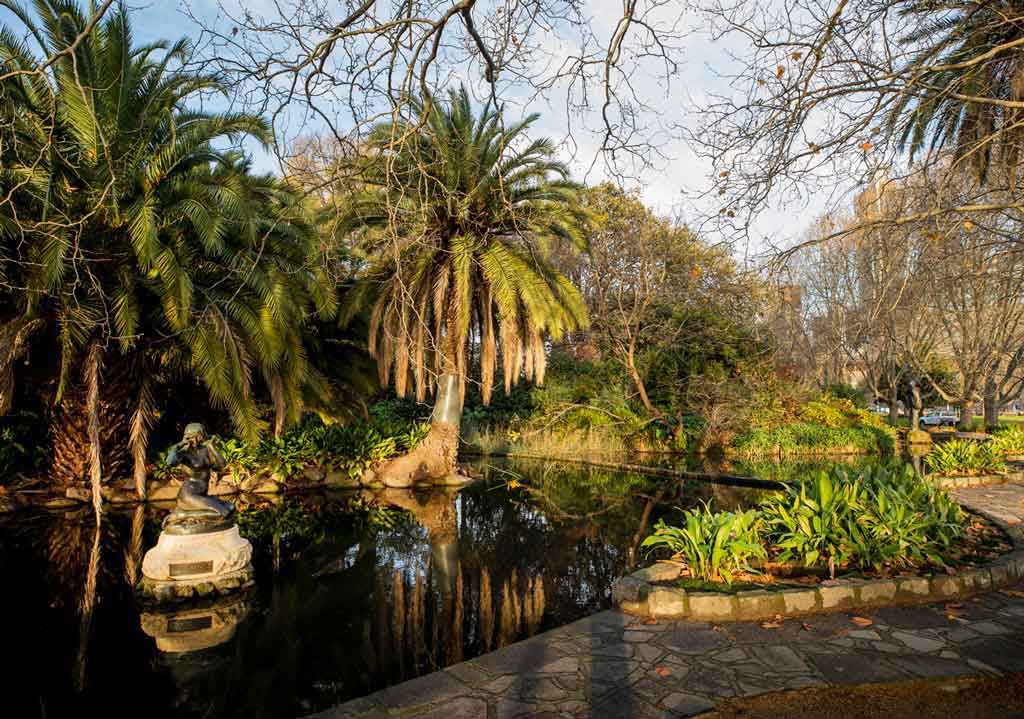 One of the ponds at Queen Victoria Gardens

If you’ve ever crossed the Westgate Bridge, you’ve caught a glimpse of  Westgate Park below. What used to be an industrial area on the eastern bank of the Yarra is now home to plants and plenty of natives animals. Think waterbirds like spoonbills, pelicans and swans. Nab a barbecue and see how many species you can spot against the city skyline. During warm, dry spells the park’s natural algae turn the lake bright pink!