Don’t be shocked, but a few decades ago the city was a dead zone for good bars. Thankfully everything changed in the ‘90s, and some of the early pioneers of classy drinking are still with us. Drop by the hidden watering holes that have been kicking it for a decade or two.

The rise of small, distinctive bars in Melbourne came about as the city began to embrace its laneways. In 1997, the Gin Palace opened on Russell Place, turning this insignificant strip into a must visit destination. Twenty three years later, it’s still going strong. 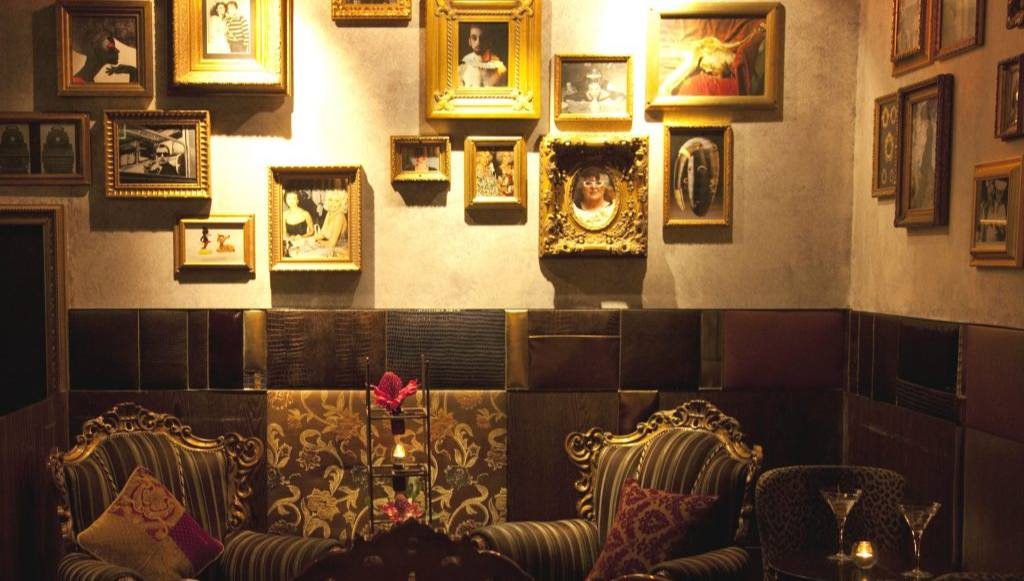 Troika is another stylish early bird, known for an art, design and architecture crowd. The decor has changed in recent times, more inspired by Andy Warhol’s factory parties than the vintage fonts of yore. But there’s still a definite sense of Melbourne cool about this little bar that could.

When it comes to curiously themed bars, The Croft Institute’s reputation has never wavered. Follow the narrow dogleg alley off a laneway and step inside what seems to be a school science lab. All the experiments are alcohol based and, best of all, there are no exams! Styled after a high school gym, the upstairs lounge is also pretty sweet. 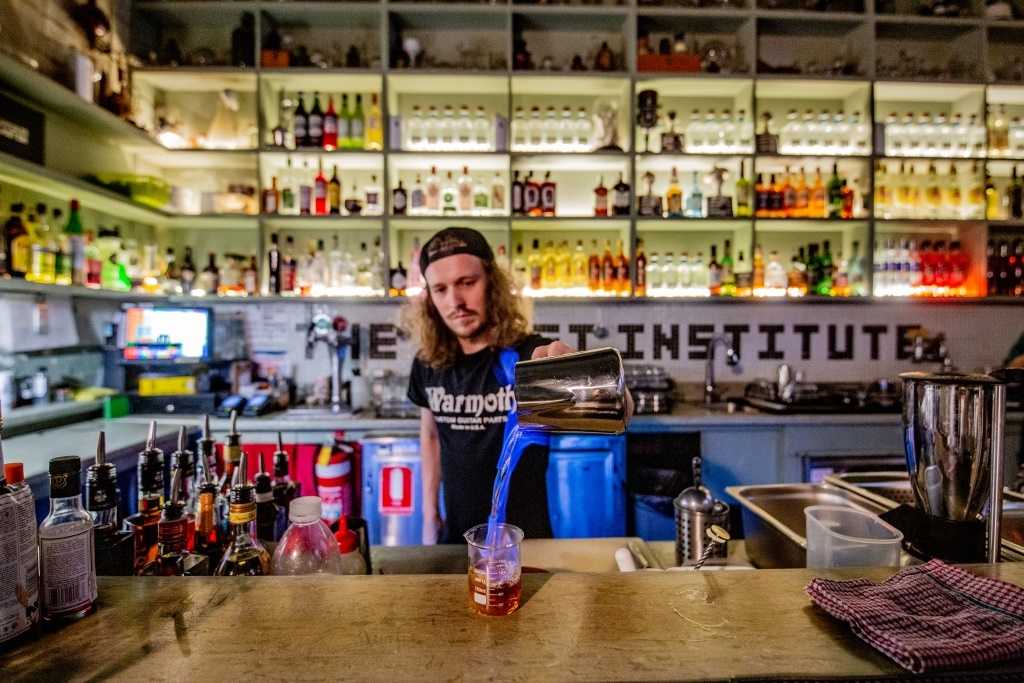 Another laneway trendsetter is Robot Sushi & Bar, which opened in 2000. With Japanese pop-culture decor and free anime screenings, it’s like a tiny slice of Shinjuku. The drink list and bar snacks also pack East Asian umami, so settle in and escape to Tokyo. Kanpai!

When a Chinatown parking lot morphed into Section 8 Bar in 2007, Tattersalls Lane got instant street cred. Instead of heading elsewhere after dumplings, folks kick on at this alfresco watering hole. With a shipping-container bar, wooden pallet seating and an ever-changing gallery of street art, it’s colourful and raw. And that’s what makes this permanent pop-up bar so good.

With three levels including a jungle bar and a rooftop oasis, Carlton Club has long been a top spot for kickons in Melbourne. Known for OTT decor and a 24-hour licence, you almost have to ask yourself – have you really had a big night out if you haven’t ended up here? 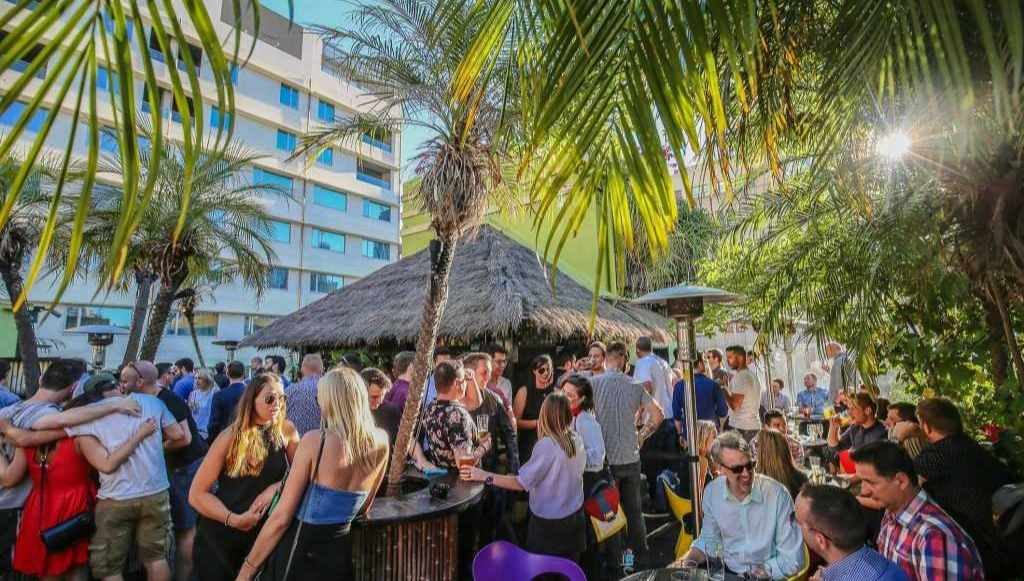 The Palmz at Carlton Club

Find an obscure laneway entrance. Climb the narrow staircase. Discover a small hidden bar and fall in love. It’s a common experience now, but back in the day Hell’s Kitchen was a real trailblazer. Perch yourself above the passing parade Centre Place, and let the hours slip by. Open from lunch until late, this retro-cool space morphs from a cafe to an intimate indie bar in the blink of an eye.

Curtin House was one of Melbourne’s first so-called ‘vertical laneways’. But the tenant that put it on the map was Cookie. A bar, Thai restaurant and club rolled into one, this venue is open from midday until late every day. In other words, it’s always a quality option, from a lazy afternoon beer to dancing until the wee hours. 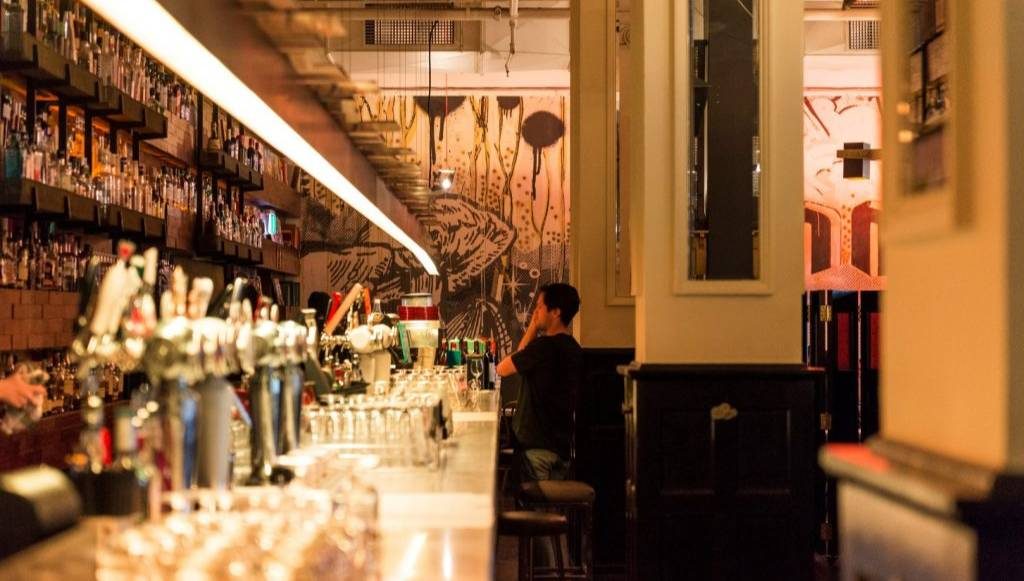 The entrance to Madame Brussels is on bustling Bourke Street. But you can’t be blamed for wondering while walking up those bland stairs – does this really lead to a bar? Indeed it does, and it’s unlike any other. Astroturf, cute outdoor furniture and waiters in tight tennis whites create a kitsch garden-party vibe among the skyscrapers. It’s time for a Pimms, darling!

Rooftop, peacock or feather lounge? That’s the hardest decision you’ll need to make at The Emerald Peacock, a multi-storey bar hidden behind an unassuming exterior. Get up on high for sensational city views or sip one of their signature cocktails in an intimate mood lit booth.

Don’t call it a comeback…

These iconic city spots have moved around recently, but they’re just as cool as ever.

A pioneer of Melbourne’s laneway bar scene, Meyers Place was sadly farewelled in 2017. The good news is the legendary bar is back, now about 200 metres from its original location and looking much like it did before – albeit even narrower. Most of the distinctive fit-out was salvaged, including that massive concrete bar.

Goodbye AC/DC Lane, hello Little Collins Street! Melbourne’s legendary rock’n’roll bar is back in new digs, 400 metres from the venue it had to vacate in 2019. Once again, Cherry Bar’s tried-and-true mix of music-obsessed DJs, live bands and brews kicks on into the wee small hours. Raise your glass to a legend reborn.