Open House Melbourne has gone virtual this year, releasing a program of over 50 building tours you can explore from home. Not sure we’re to start? We’ve highlighted some of the city’s gorgeous architectural icons to get you in the OHM mood. And the best part? All the virtual events are free to access.

Perhaps the most notable council building is Melbourne Town Hall. This heritage listed building was the prototype for numerous suburban town halls. While the building’s architectural significance is clear with its impressive Tasmanian freestone façade (built in 1867), the Prince Alfred Tower (added in 1869) and temple-like portico (1887), it’s also notable for its role in many historical moments. It was here that Federation was debated, Nellie Melba debuted and The Beatles greeted their adoring fans. Explore from home on the Open House site. 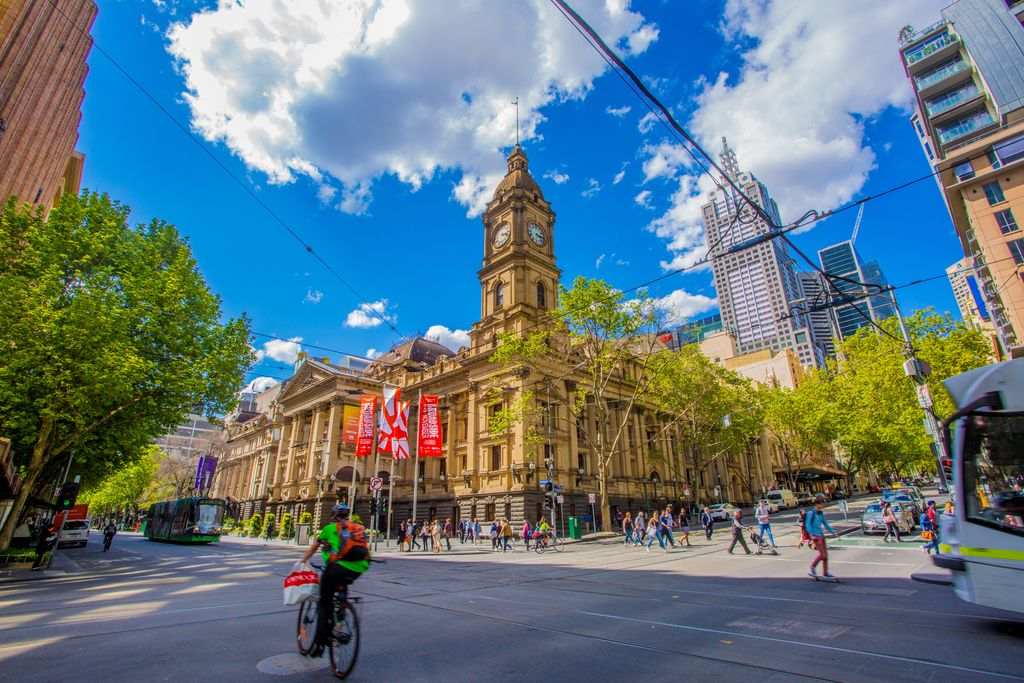 The Capitol was recently restored to its former glory after five years of refurbishments by RMIT and Six Degrees Architects. The 1924 Chicago Gothic-style theatre was relaunched to offer experiences across cinema, mixed media, VR, AR, gaming and more. For now though, you can have a look around online. The OHM team have even included some striking black and white photos showing what the theatre once was.

Completed in 1876, Victoria’s Government House is one of the largest and most beautiful mansion houses in Australia and one of the finest examples of nineteenth-century residential architecture. Go behind the scenes on 25 July during a free live event, when The Governor and her husband conduct a live tour of the State Apartments at Government House including the State Hall, State Drawing Room and Ballroom.

From its columned facade to the majestic domed reading room, the city-block-sized State Library of Victoria is a 19th century treasure. Queen’s Hall (now known as The Ian Potter Queen’s Hall), remains one of the city’s grandest and most beautiful 19th-century interiors. On 25 July architectural experts will lead a free video tour of the hall from inside the iconic patterned skylight roof. 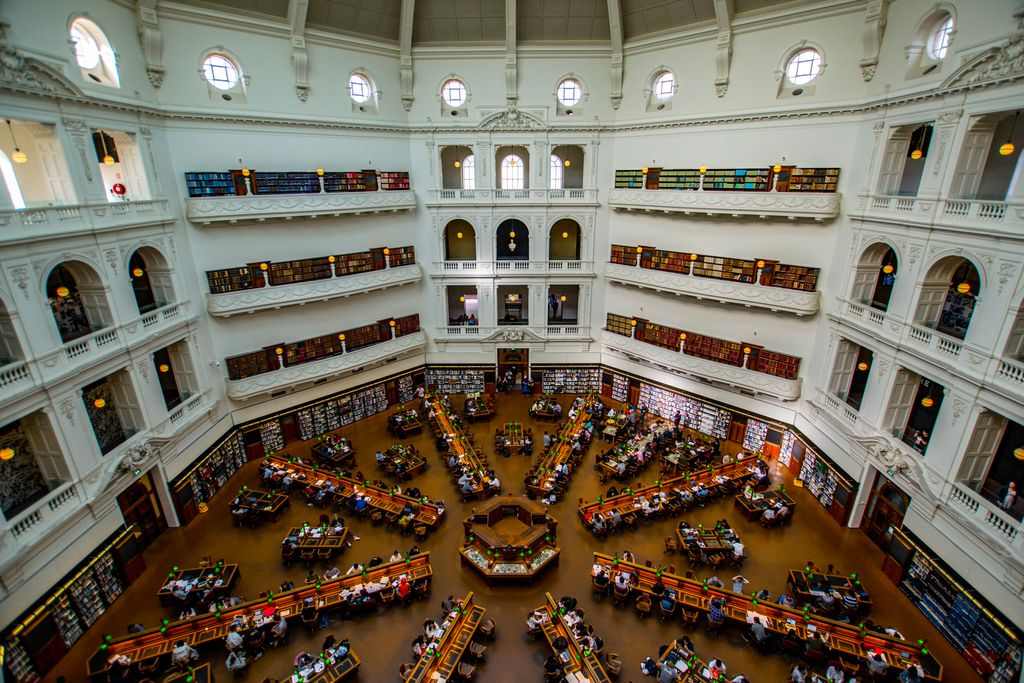 Built in 1880, the Meat Market is a grade one heritage-listed building with enormous character and history. Operating in wholesale meat trading until 1974, the building then became a craft centre, and since 2005 has been a dedicated arts event space. Pull back the curtain on this 19th century gem and click around the 360 degree virtual tour.

Located in the heart of the city on the Northbank of the Yarra River, Signal is the last surviving signal box in Flinders Street Station. Once decommissioned, Signal has been converted into a creative studio for young people using simple environmental design concepts. Until your next visit, have a look-see at this creative hub online. 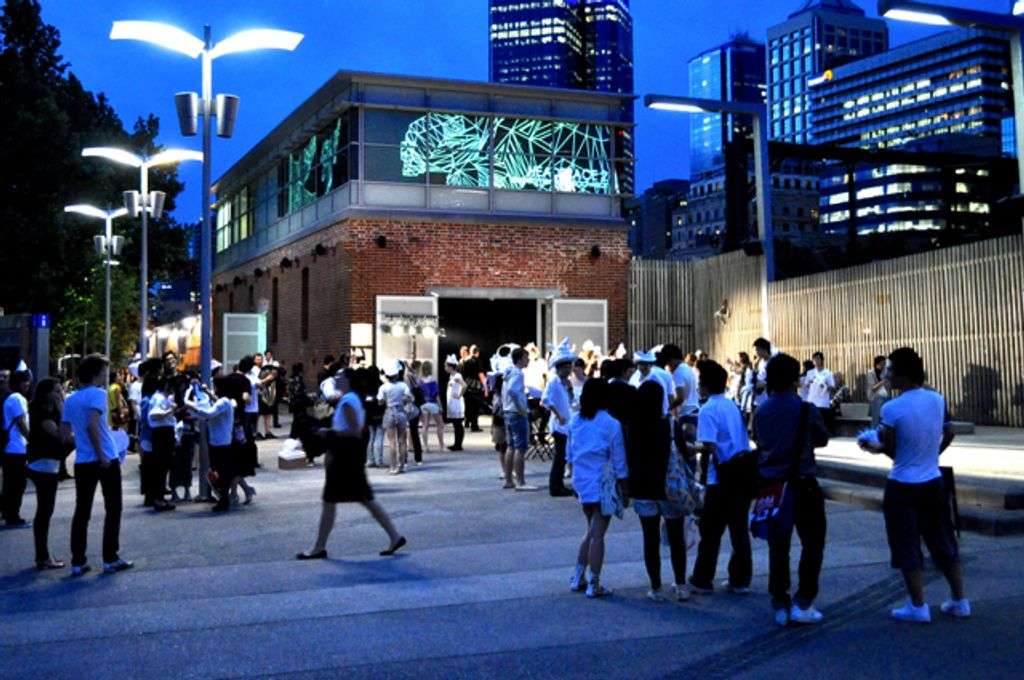 Housed in a free-standing red brick building on Birrarung Marr, ArtPlay was once a training centre for train drivers from the 1920s to the 1980s. City of Melbourne re-purposed the space as an arts facility for children and in 2004 ArtPlay opened its doors. Go behind the red brick and see what it looks like today.

What’s under Arts Centre Melbourne’s 162-metre spire? A lot more than you might think, as this 1980s building extends five floors underground and includes three theatres. Take a peek inside Hamer Hall on the virtual tour, or watch a clip about the iconic performing arts collection. The collection includes over 500 pieces of Australia’s performing arts history, including Kylie’s famous hot pants! 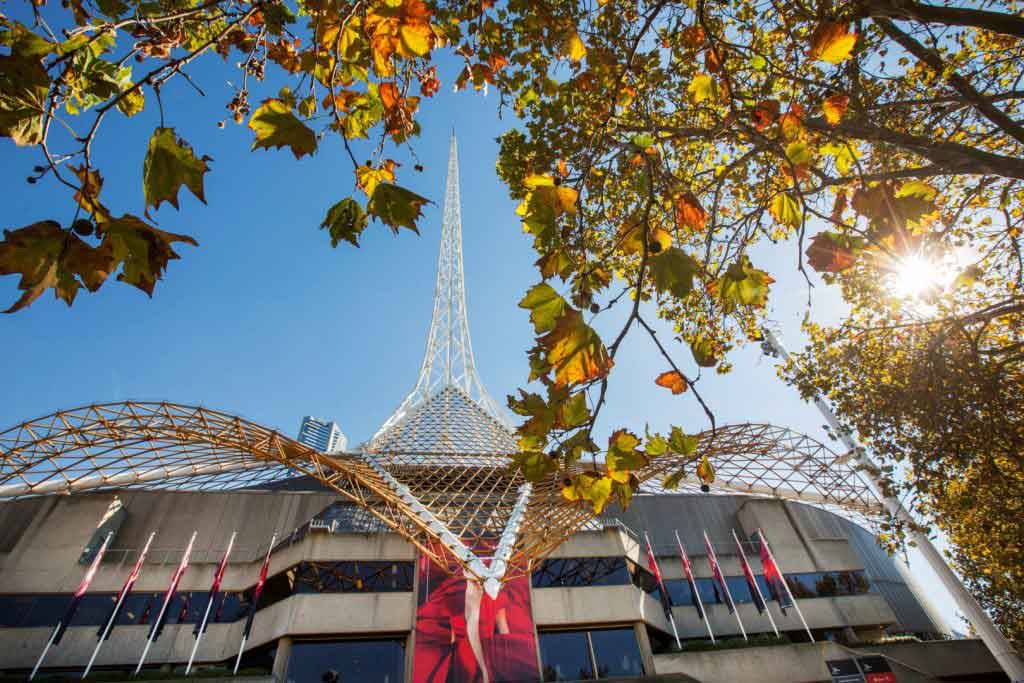