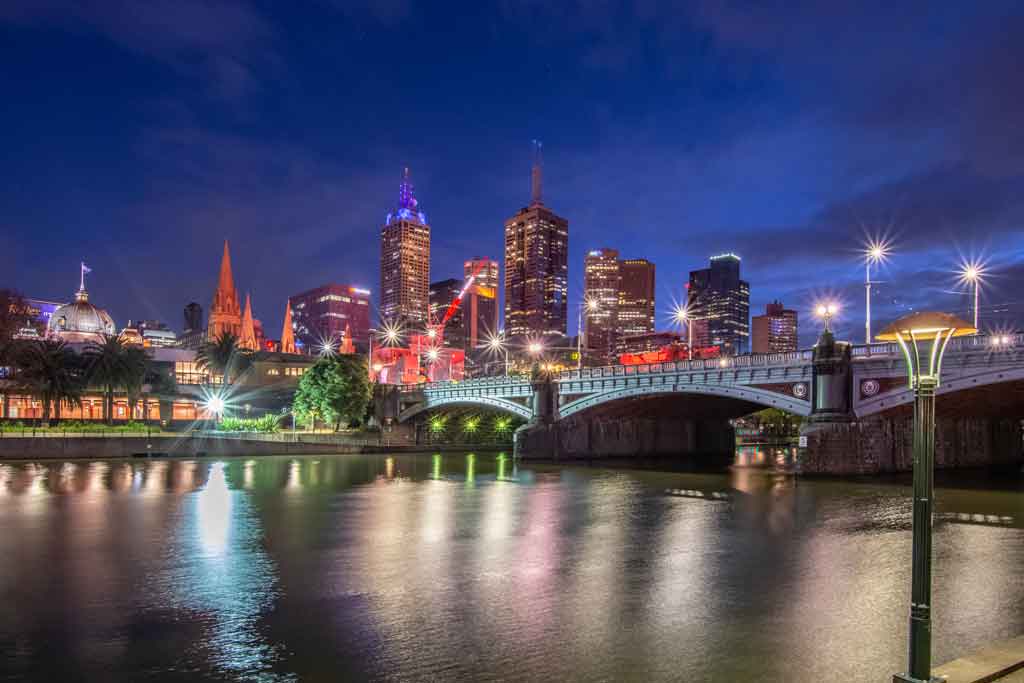 Night time is the right time to explore Melbourne

Fancy an after-dark excursion to Melbourne Museum, complete with cocktails and gourmet bites? Nocturnal, the semi-regular Friday night at the museum, is an evening you don’t want to miss. Next up is Nocturnal x Fashion on Friday 6 March. This event includes a collab between dance troupe Chunky Move and much-loved label Romance Was Born. Looking ahead there’s Nocturnal x Jazz on Friday 29 May.

Adelphi Hotel’s dessert restaurant is one of Melbourne’s true sweethearts, where treats and science meet as one. Om Nom Kitchen transforms ingredients into foams, gels, smoke, ‘soil’ and more. The latest addition to the visually amazing signature desserts is ‘into the woods 27’. Its artful components include peanut-butter sponge, banana mousse and nitro chocolate rocks.

Immerse yourself in larger-than-life fantasy scenarios at Australia’s first ‘trick-art’ gallery. There are more than 80 hand-painted installations in nine themed zones across Artvo’s 1,400 square metres. They’re designed so you become part of the scenes, and staff can put you on the spot for perfect selfies. From teetering on a rocky precipice to being trapped in a giant jar, it’s zero-danger Insta gold. Go on Saturday night, when it’s open until 10pm. Before or after, stop in at Urban Alley Brewery for a crafty beer made on-site. 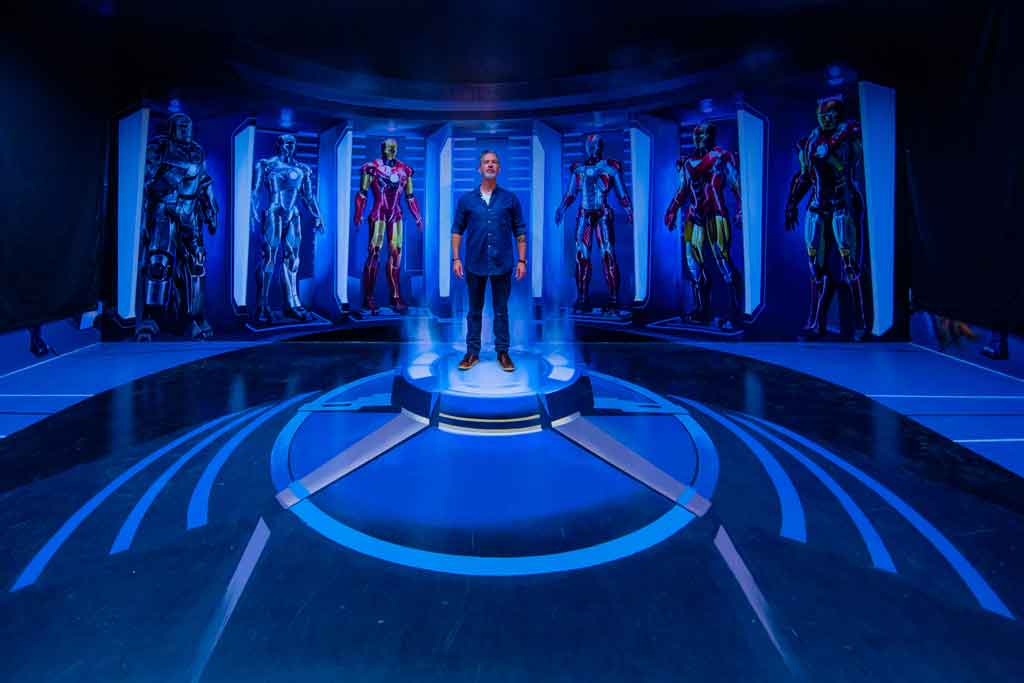 Get off the couch, get your crew together and get into Zero Latency’s virtual-reality games. With a VR headset, backpack and sci-fi- style controller, you’re free to roam a huge warehouse. Battle robots in space, raise the undead in zombie-themed experiences, or solve puzzles in an alien world. It’s social gaming taken to the next level.

See the sun set over Melbourne from a different perspective. Kayak Melbourne offer sparkling nighttime tours along the yarra, with an active twist. But don’t panic, there’s no experience required! Departing from picturesque Victoria Harbour, this is an evening adventure like no other. You even get to dine while on the water.

Even in broad daylight there’s always a bit of an atmosphere in this cemetery. Established in 1852, it’s full of old gravestones, angel statues and trees whispering in the wind. Join the Historical Night Tours of Melbourne General Cemetery and see what it’s like in the dark. This 90-minute walk reveals who’s who in the dead centre of town. Including Federici, the Princess Theatre’s resident ghost.

Six bowling lanes, 67 arcade and ticket games, an XD theatre and dodgems. Fairground comfort food like hot dogs and waffle fries, and bright, boozy cocktails. Archie Brothers Cirque Electriq is the grown-up playground of your dreams. Especially on Mondays and Wednesdays from 5pm – that’s when $20 gets you unlimited arcade games. So when it’s game over just go again! 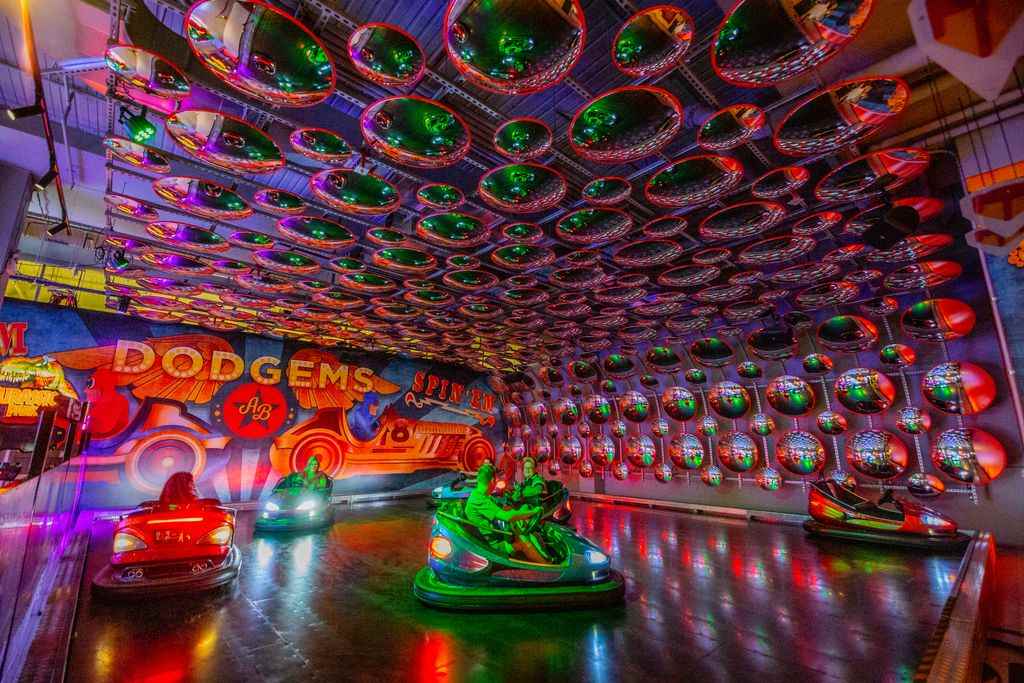 Archies Cirq Electric. Image by Ray of Melbourne for What’s On Melbourne.

What’s better than spending a morning or afternoon at the Keith Haring | Jean-Michel Basquiat: Crossing Lines exhibition? Seeing it at night amid an arty party celebrating these 1980s New York street-art icons. NGV Friday Nights features bars, New York inspired bites, DJs, performers and even drag shows. A different style of 80s music is championed each session, from disco to new wave. It’s on until Friday 10 April – plus a final bonus blowout on Saturday 11 April.

Don’t pack the picnic basket up just yet. Moonlight Cinema continues at the Royal Botanic Gardens until Sunday 29 March. The final month’s movies include Oscar winners like Little Women and Jojo Rabbit. A limited number of bean-beds (yep, beds!) are available, hired on a first-in-first-served basis. There’s a bar and catering on-site, plus dogs are welcome!