Not every Melbourne lane is famous. Here are some more cool little streets and their hottest spots to discover, from awesome eateries to beautiful boutiques.

The GPO shopping centre was once the General Post Office, Melbourne’s communications central back in the day. Old signs from its busy past, including “beware of motor cars”, are still visible along narrow Postal Lane. It runs beside the building between an original, elaborate wrought-iron gate on Bourke Street Mall, and a lush vertical garden at the Little Bourke Street end.

Much-loved indoor-outdoor restaurant Ca de Vin anchors the mall end, like an atmospheric slice of Europe complete with bentwood chairs, pasta, paella, espresso and wine. From there it’s literally steps into GPO for some retail therapy at H&M and Larsen Jewellery, who specialise in custom-made treasures. 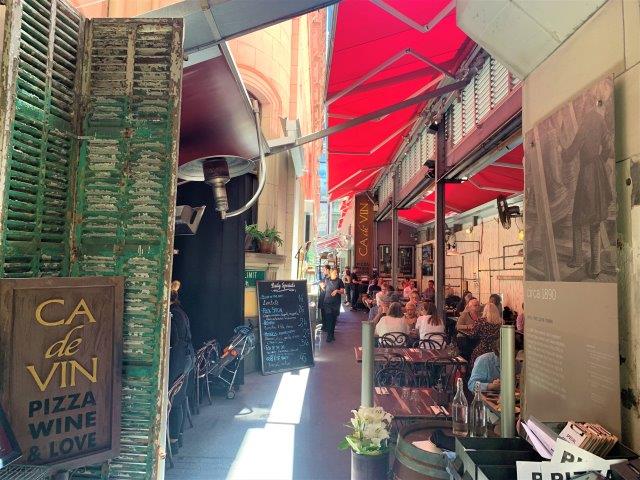 Named after Henry Howey, who bought the land in 1837 for £128, this dogleg lane off the south side of Little Collins Street blossomed in 1896. The soon very popular Cole’s Book Arcade opened here, complete with lane-side glass showcases and the glass and wrought-iron roof still sheltering shoppers today. Leading to tiny, street art-filled Presgrave Place and the rear entrances of The Capitol and Collins 234 shopping centre, Howey Place is now lined with distinctive shops.

See what’s in store at James Alfredson antique and estate jewellers, Dafel Dolls & Bears, Hunt Leather, Brazilian-designed-fashion boutique Melko, and purveyors of luxe interiors, Daqua. Then break for coffee at The Alley Edition before exploring some more – perhaps to the sign saying “Welcome to Nowhere” and “Lost Ln”. Here’s hoping this modern dead end will one day open up to Swanston Street again. 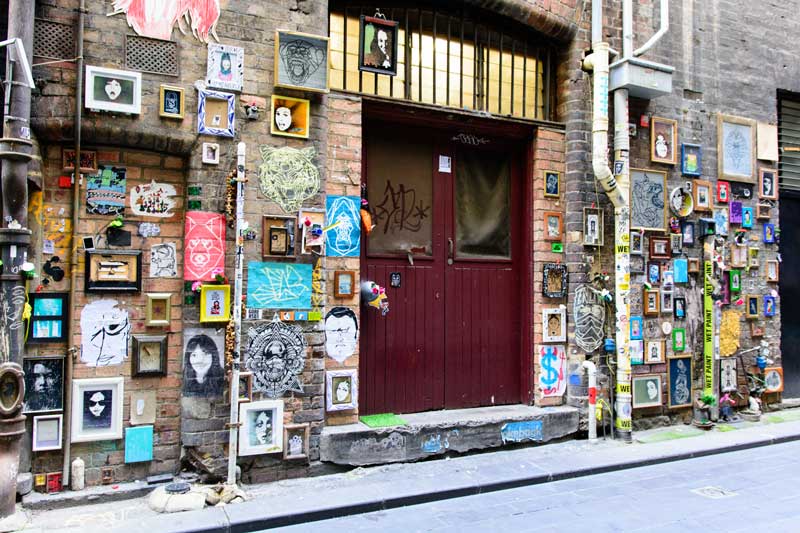 Spruced up in 2004, Driver Lane leads from Little Bourke Street to The Strand shopping centre. Discover fresh fashion at boutiques like Monk House Design, Neuw Denim and Melbourne legend Gorman, then take a break. Coffee and cake at Sweet Canteen, craft beer at Penny Blue, or something a bit stronger at basement bar Beneath Driver Lane? Continue into The Strand, where temptations include Dinosaur Designs, the first Australian store for German jewellers Niessing, and MOR Boutique’s gorgeous bath, body and lifestyle products.

Some lanes were erased from Melbourne’s map in the 20th century, when large, open spaces were pushed through in the name of modernity. Now, the rediscovered appeal of small spaces’ human scale and sense of discovery has seen new lanes emerge in developments like QV Melbourne. Opened in 2003 on the former Queen Victoria Memorial Hospital site, it includes 21st century lanes with names inspired by the past. 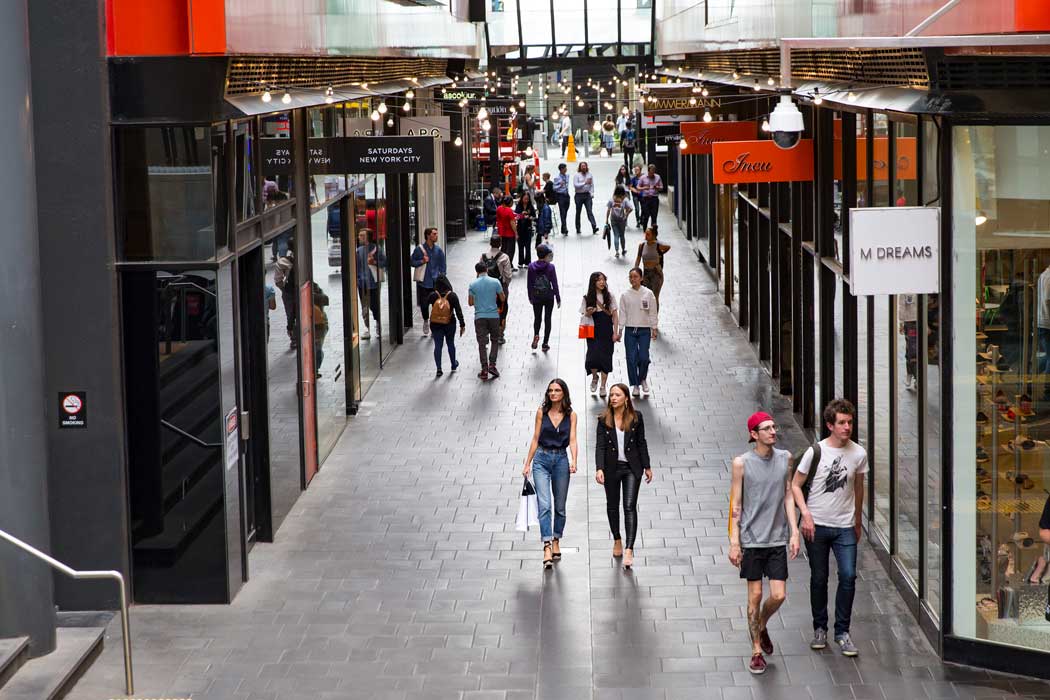 Running west off Swanston Street, Knox Place was the name of a lane whose most striking feature from 1890 was Coop’s Shot Tower. It’s now a thoroughfare leading into Melbourne Central, where the tower’s preserved under a massive glass cone. You probably won’t find Knox Place on a modern map, but think about this narrow lane’s hidden identity while pondering its string of little fast-food shops. From Harajuku Crepes and Menya Ramen to the pastel-coloured caravan serving shaved-ice desserts and the Japanese fish-shaped cakes called taiyaki, it’s like a tiny Tokyo.

Another Melbourne Central laneway is signposted as Menzies Alley at one end, and declared Menzies Place in brass letters on its colourful mosaic floor at the other. So take your pick and nip along this short thoroughfare, which was once home to the grand Victorian Menzies Hotel. Now entirely indoors, it hosts an eclectic mix of shops. From Swiss Army knives to premium kitchen knives, King of Knives has blades covered, while Kikki K’s heaven for stationery fanciers.

Discover more hidden gems in our peek down laneways you’ve never heard of parts one and two.