Catch a flick on a rooftop, in a garden or even at the MCG this summer. Our movie-loving city has outdoor cinemas to satisfy all tastes.

This ever-popular experience in the Royal Botanic Gardens is back. Get your picnic and rug ready for films like Rocketman and Christmas classic Love Actually. A limited number of Bean Beds (yep, beds!) are available at Moonlight Cinema, hired on a first-come-first-served basis. There’s a licensed bar and catering on-site too, and friendly four-legged guests are welcome, so every human and furry friend is happy. 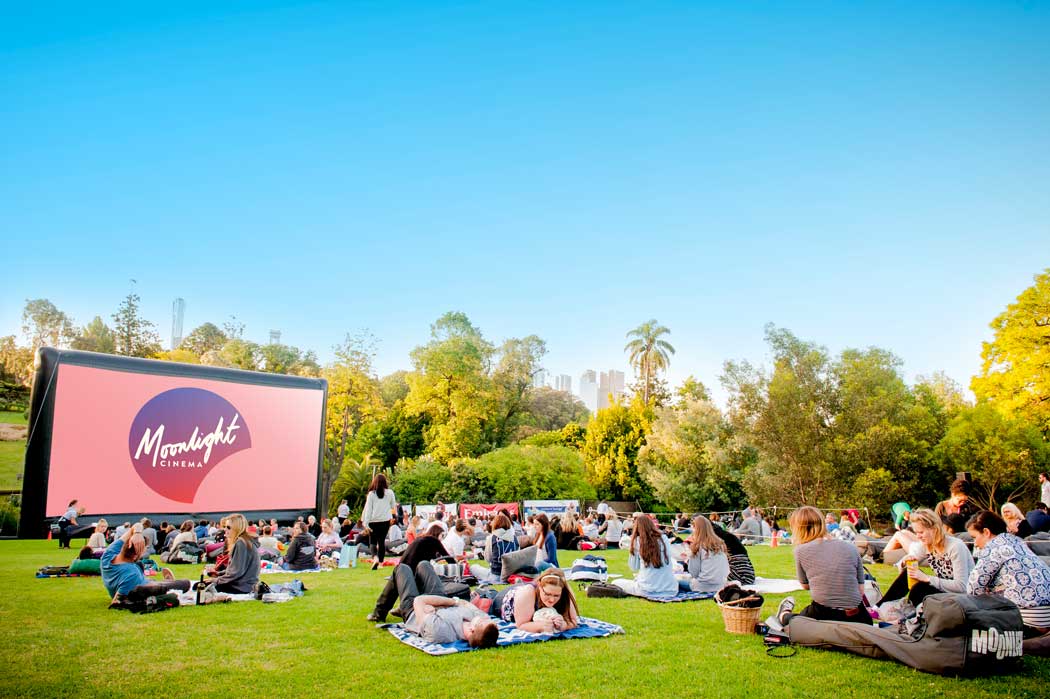 One of Melbourne’s first sky-high movie venues, Rooftop Cinema has returned for another hot summer of cool films. There’s classics like It’s A Wonderful Life and Shawshank Redemption. Plus there’s dark matter like Joker and Goodfellas. Or check out films that will be hot off the press – hello, Taika Waititi’s Jojo Rabbit! All this as well as glittering city views, a bar, burger shack and deckchairs for everyone.

Cinema at the ‘G

Over two huge February nights, the MCG is transformed into the ultimate open-air cinema, where you get to lounge around on the hallowed turf. This season’s movies on the giant scoreboard are pop-fuelled Elton John biopic Rocketman and the Aussie tale of sporting glory, Ride Like a Girl. All proceeds from Cinema at the ‘G will be donated to The Bank of Melbourne Foundation, which supports Victorian communities. 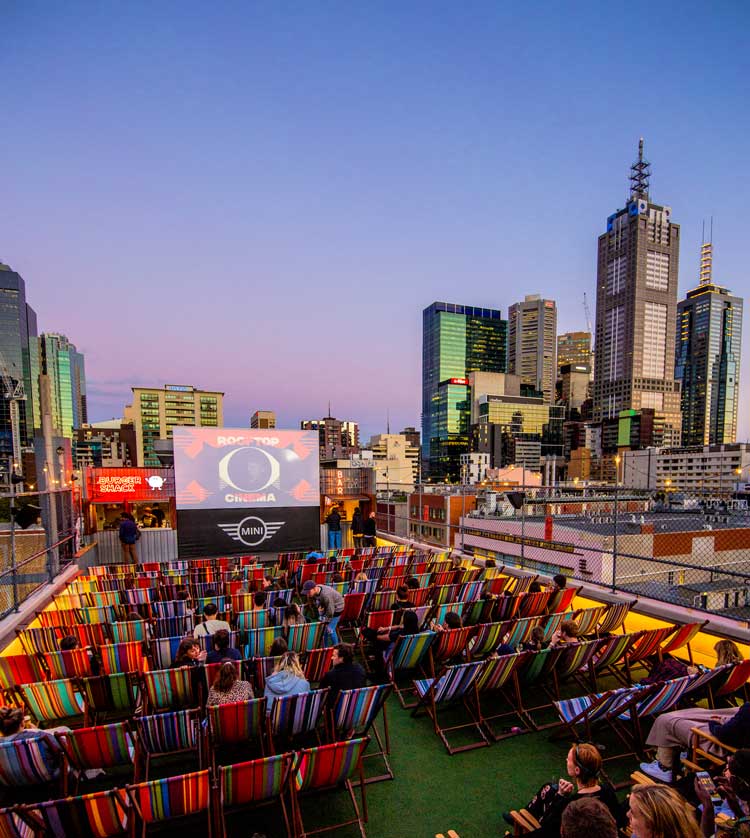 The free Movies Under the Stars season in Docklands returns on 14 and 15 February. Pack a picnic, grab snacks on site or dine waterside by the river at Yarra’s Edge or South Wharf. Located at Point Park, movies begin at sunset. Be early as there will be free bean bags to the first 200 guests.

On at MPavillion, this is cinema with a difference. The Climate Emergency Cinema screens are powered by bicycles. And audience members have the chance to help power the screenings! The festival runs on three Tuesday nights in January (14th, 21st and 28th). The line up includes short films, Metamorphosis and Damon Gameau’s film 2040. Want more films with a difference? Don’t miss Transitions Film Festival. 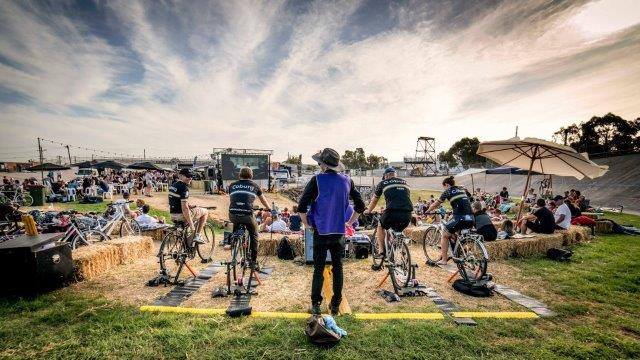