The Lunar New Year begins early this time around, on 25 January. Careful you don’t miss the fun when Melbourne celebrates the Year of the Rat. This cunning little creature is the first of the Chinese zodiac animals, and by nature loves to lead the pack.

The city’s 16 days of festivities start with a bang on Lunar New Year’s Eve, Friday 24 January. Head to Queensbridge Square for the opening performances, light show, costume displays, and, of course, Chinese food. The Chinese New Year Melbourne Festival rolls on at Queensbridge Square on the 25 and 26 January. Performances and family-friendly activities continue, plus there’s workshops, food stores and more.
More events, from Chinese opera to an international students’ dinner, pop up around the city until 9 February. A highlight is the Dragon Boat Regatta at Victoria Harbour in Docklands on the 8 and 9 February. Get a team together to race in an authentic dragon boat, or just watch the experts from around Victoria compete. 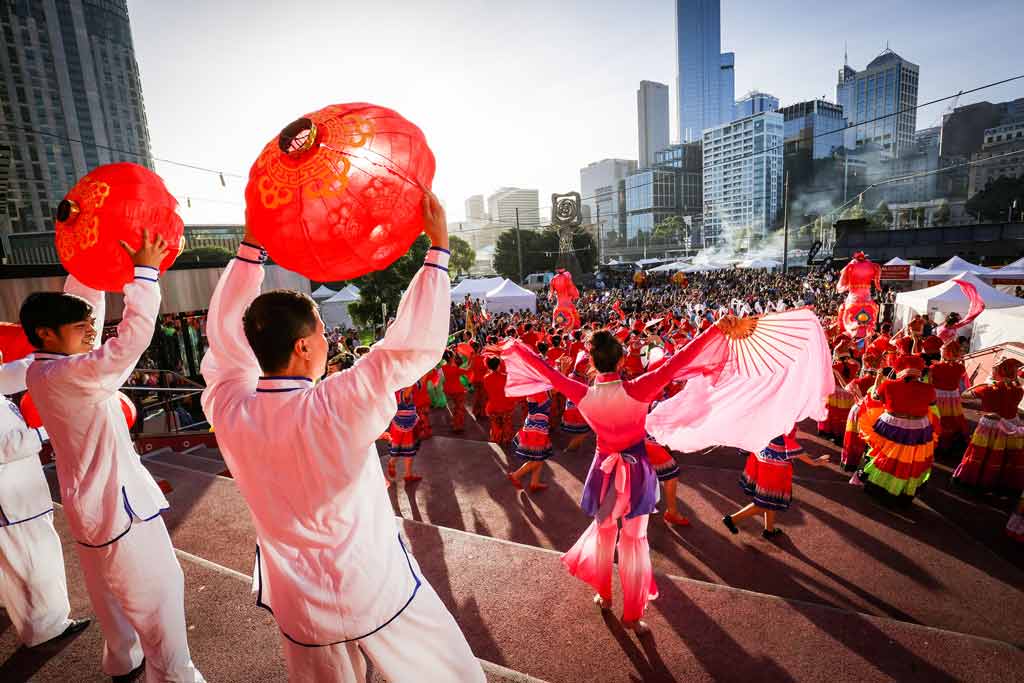 Dancing, drums and dragons will arrive in the city for Lunar New Year celebrations on Sunday 2 February. Don’t miss the Dai Loong Dragon Parade, a yearly highlight of Chinatown’s Chinese New Year Festival. This amazing beast is animated by over 200 people, spreading good luck to everyone.
Afterwards, visit the Chinese Museum to check out the other cultural performances on during the festival. Then chow down at street-food stalls, or try special New Year dishes throughout Chinatown. 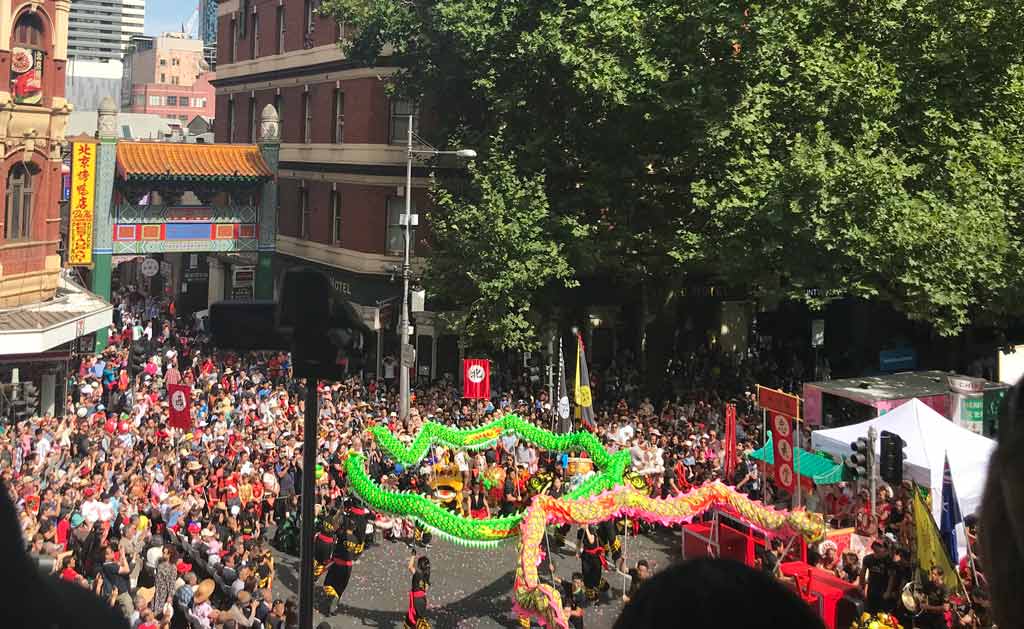 The Zodiac Spectacular is the centrepiece of Crown’s Lunar New Year celebrations. See the atrium transformed into a colourful, luminous menagerie of 12 Chinese zodiac animals and over 60 lanterns. On from 22 January to 11 February.
There’s also the Hawker’s Bazaar at Crown Melbourne Riverwalk, from 31 January to 2 February. Be tempted by the spicy scents of more than 30 Asian street-food stalls while enjoying free entertainment. There’s music from near and far, lion dances and the grand finale fireworks. 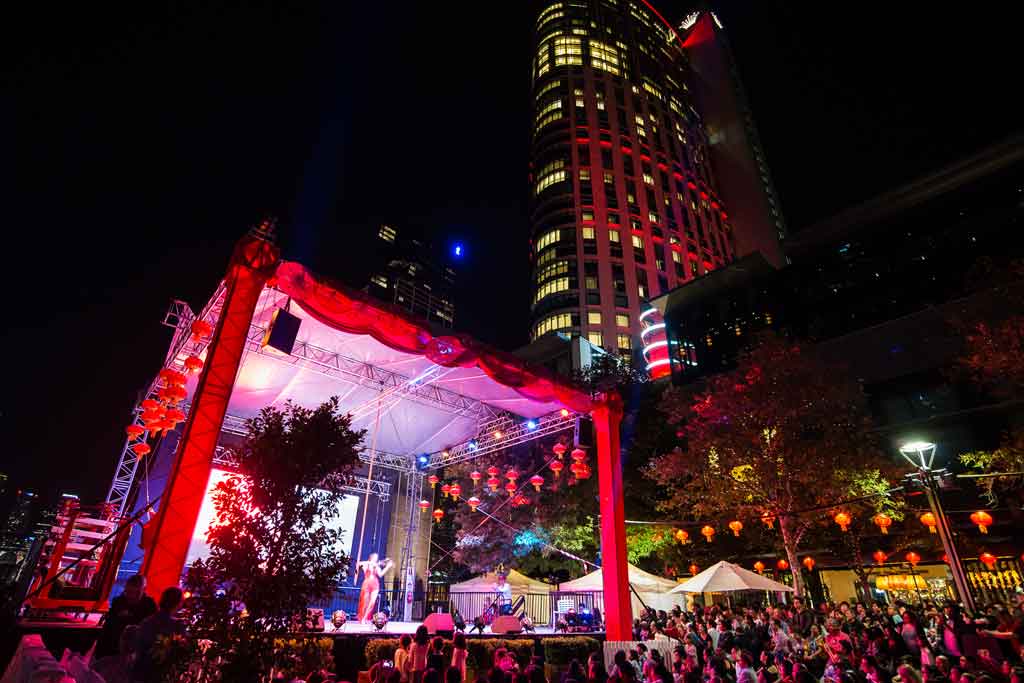 Lion Dances, hopping mice and a bone fide rat expert. Melbourne Museum’s Year of the Rat weekend is an event not to be missed. Head along for daily shows, beautiful lantern displays and a special Yum Cha menu at the museum cafe. 8 – 9 February.

The stately Hotel Windsor’s traditional afternoon tea gets a little Chinese spice from 20 January to 9 February. Their Lunar New Year Afternoon Tea menu features limited-edition treats like confit duck ribbon sandwiches with hoisin and plum sauce. Sweets include sesame mousse spheres with yuzu crémeux. It’s all going to be perfect with a hot pot of Chinese tea. On Saturday 25 January, Lunar New Year’s Day, there’s even a lion-dance performance in the lobby for good luck. 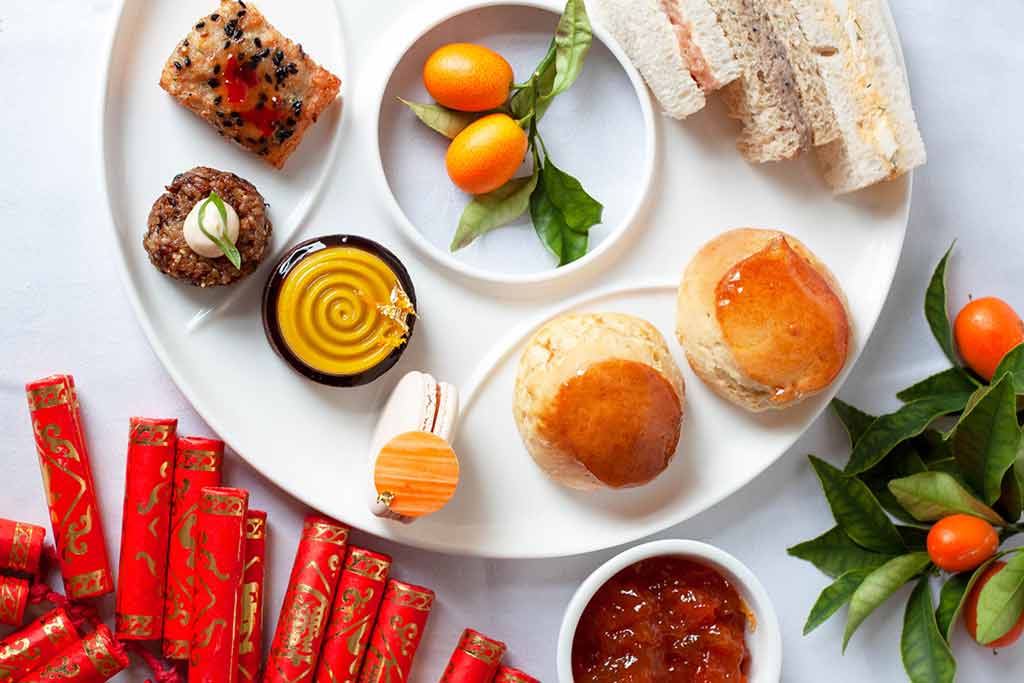 Shop away the long weekend at Queen Victoria Market on 25 January, and you might just happen upon a stunning Lion Dance. Performances will run at 11am (lower market, Elizabeth Street end) and again at 1pm (upper market, Peel Street end).