From stunning lights and projections to mince pies and magical photos, there’s so much to discover in the city at Christmas. Here’s a handy list of things to see and do before Christmas is over for another year.

Visit the Christmas tree and Santa’s house at Federation Square

Head to the Christmas Festival Hub at Federation Square to see a stunning light show from the giant Christmas tree. It’s on every night from 9pm as part of the 2019 Christmas Festival. Or swing by earlier and visit Santa’s House to see the man himself, along with his merry helpers. There are free daily activities for the little ones, plus a chance to tell Santa what’s top of your Christmas list. Open daily 30 November to 24 December, including until 7pm on Thursdays and Fridays. 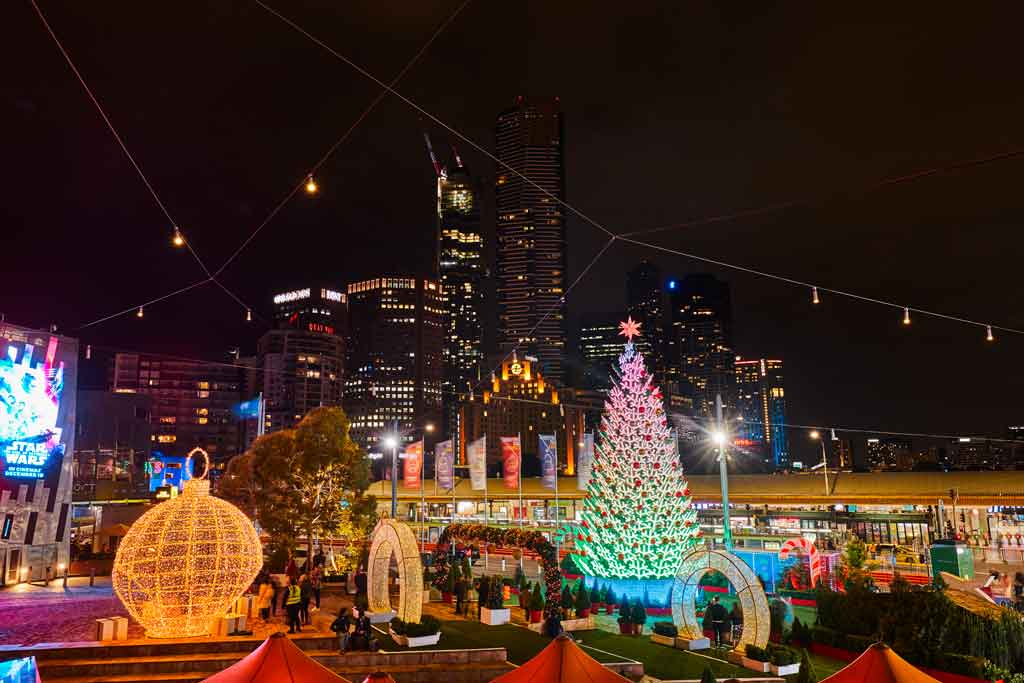 Federation Square lit up for Christmas

While in the city, don’t miss the magical, colourful Christmas Projections. Start at State Library Victoria for a feature show written by Marieke Hardy and narrated by Lee Lin Chin. You’ll also see Melbourne Town Hall bathed in a beautiful display, along with new projections on Princes Bridge. The projections are on every night from 29 November to 25 December. 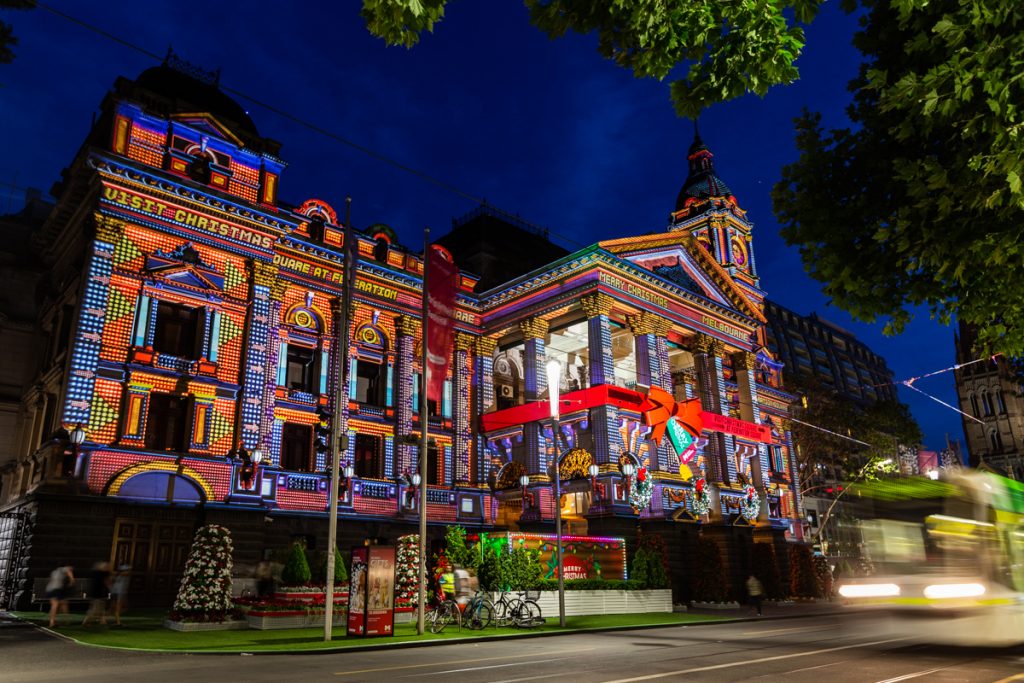 The Gingerbread Village is a fun-filled activity for the whole family. Follow the heavenly scent to see Melbourne’s iconic landmarks, recreated in gingerbread. Open daily from Saturday 30 November to Tuesday 24 December at St Collins Lane. 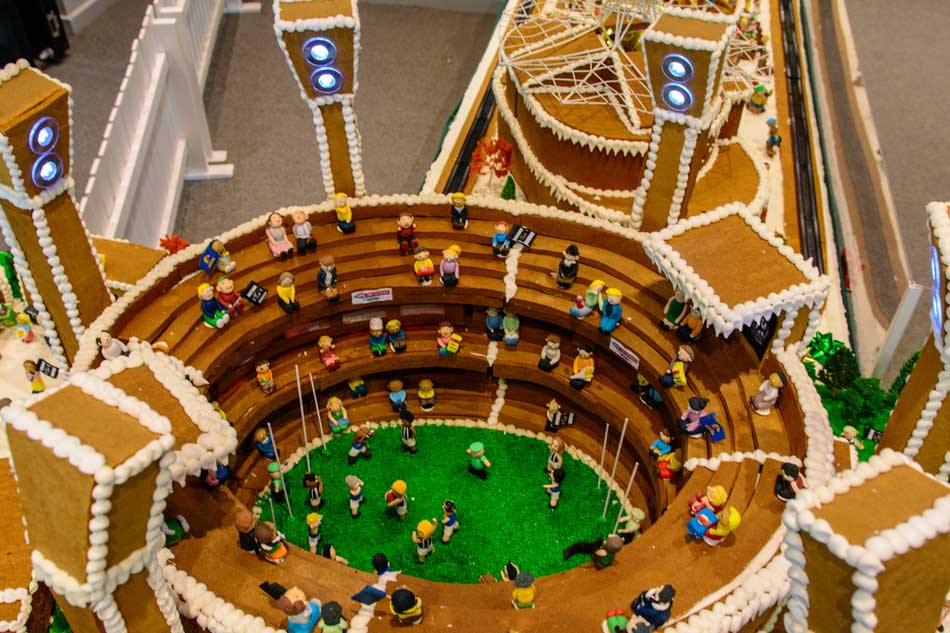 The Gingerbread Village by Epicure

Return gifting regrets – for a good cause

This year, Melbourne Central is giving you the chance to return your unwanted Christmas gifts. No matter where your gift is from, you can visit ‘The Returning’ to exchange your unwanted (and unused) item for a Melbourne Central gift card. All remaining gifts are donated to Melbourne City Mission. Then reward yourself with dinner and drinks at the new Ella dining precinct.

Get festive with golden doughnuts and dog portraits

The free food purveyors from QV are at it again with their Get / Festive celebrations. Swing by during the holiday season for fairy floss, doughnuts, popcorn and cocktails – all bathed in gold! Then bring your dog along every Saturday until 21 December for a puppy portrait session. They’ve also got Australia’s first walk-through Christmas tree! 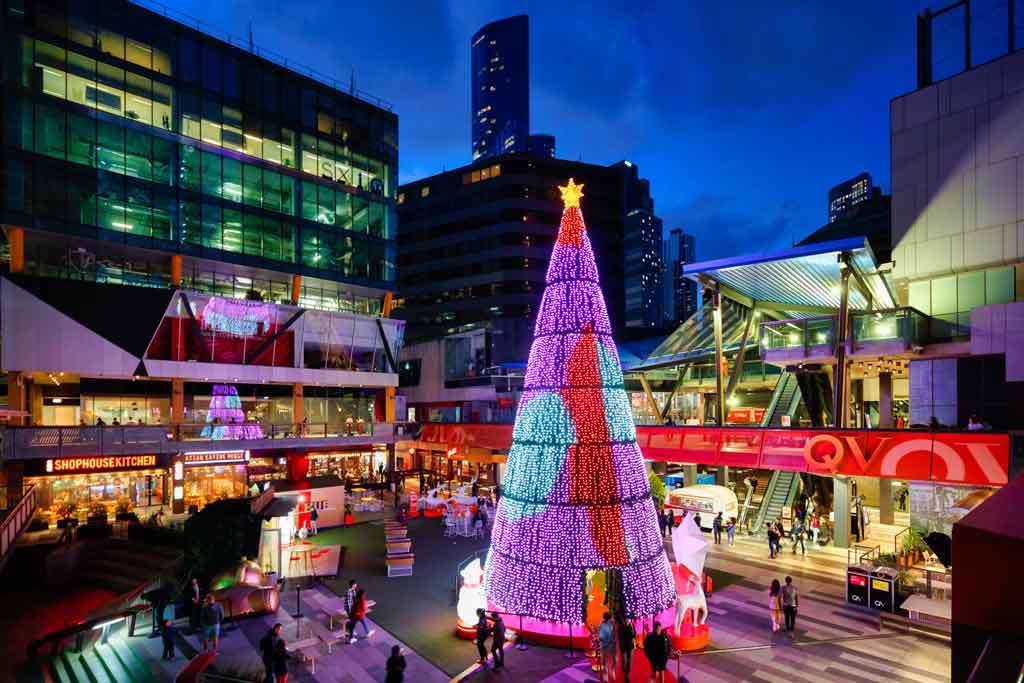 The giant Christmas tree at QV

Be dazzled by the Crown Christmas Spectacular a 24-hours a day. This animated light show features over 30,000 lights and 35 Christmas decorations. Santa will also be in the Atrium every day until Monday 24 December between midday and 6pm. It’s the perfect opportunity for family Christmas photos in a fabulously lit gold throne.

Photo ops with the Queen

Queen Victoria Market offers a visual feast with stalls decked in gold stars, wreaths, trees and garlands. Take your family snap in one of the festive cut-outs, and see if you can spot Santa on 22 and 23 December. If you miss the man himself, never fear –  Santa’s throne in the Queen Street Plaza makes for a beautiful photo opp.

Melburnians are spoilt for choice when it comes to this yuletide treat. Try soaked cherry chocolate slices at Mork or Nana Fraser’s mini minces at Wonderpop & Deli. There’s even whisky laden pies available at David Jones for the more mature mince lovers. Check out our ultimate guide to fruit mince pies in Melbourne for more. 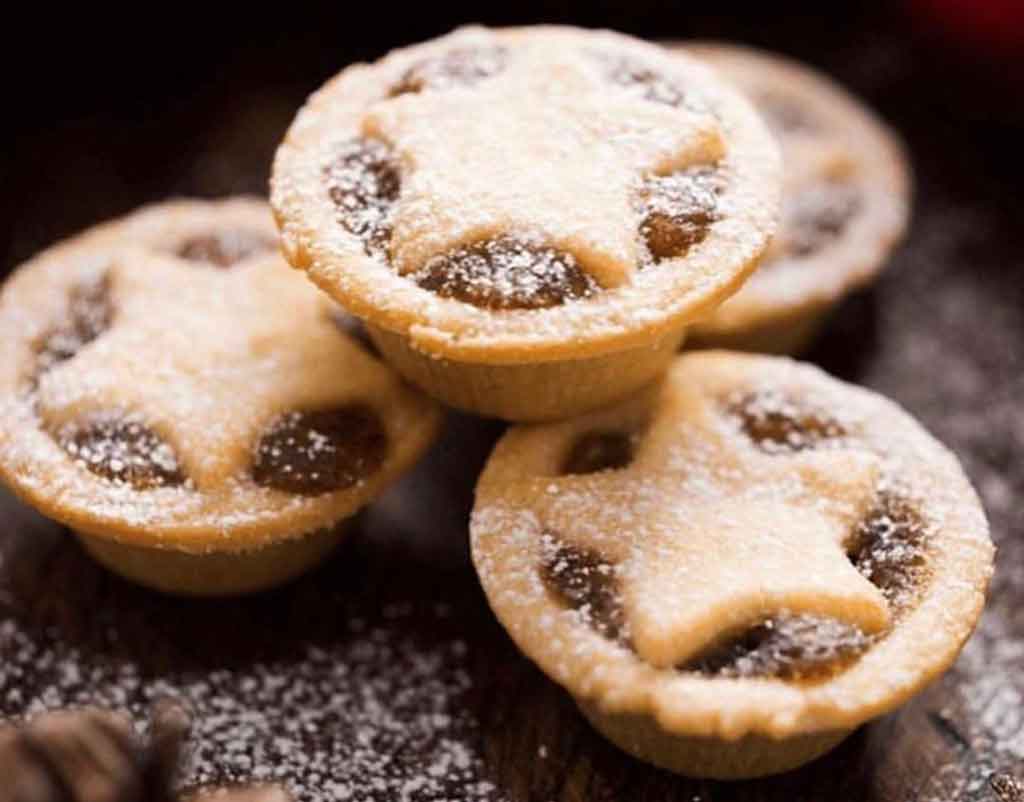