Thinking about reducing or even removing animal products from your diet and shopping list? Or are you already living with animal welfare, the environment and good health in mind? With help from Dave at Melbourne Vegan Tours, we’ve put together a guide to some of Melbourne’s best vegan experiences, from eating and drinking, to markets and retail hotspots.

Did you know Melbourne is one of the world’s most vegan-friendly cities? There are many animal-free eateries hidden in the CBD you might have missed, so join a Melbourne Vegan Food Tour and get wise. You might make some new vegan mates too. The three-hour version includes two meals plus treats and drinks, or go the 90-minute express option. 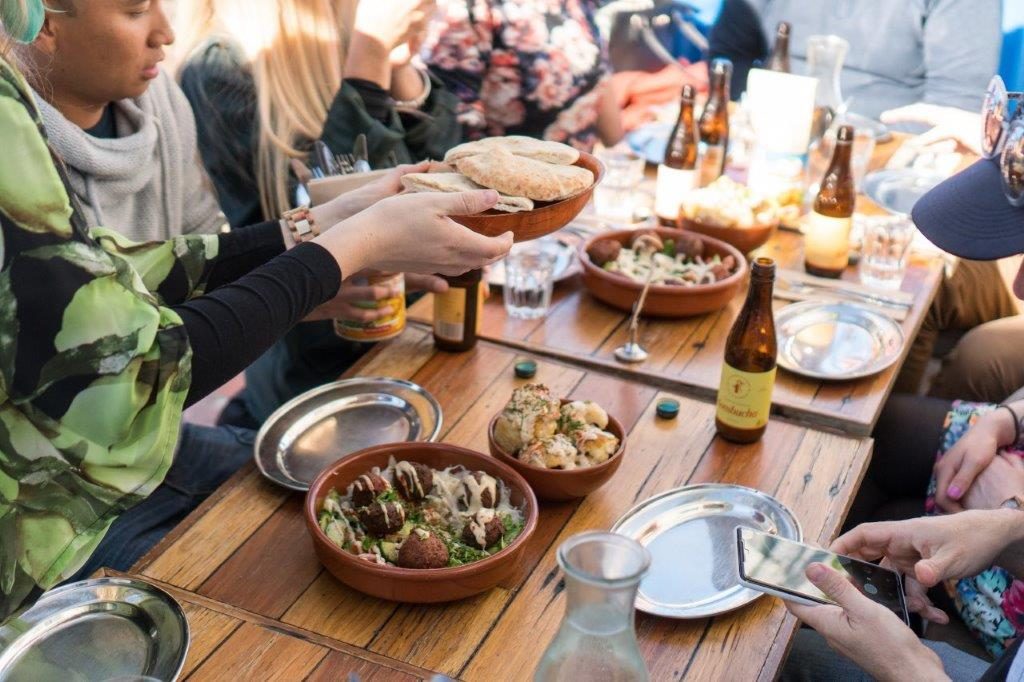 Want to explore Melbourne’s – and Victoria’s – rapidly expanding vegan food scene in your own time? Then get the Melbourne Vegan Compass, a little pack of informative cards covering more than 100 veggie cafes and restaurants. It’s available at shops like Melbournalia, Hill of Content Bookshop, and Readings at the State Library of Victoria or Carlton.

Like the juices, smoothies and salads at Home Juice? Good news – they’ve opened another outlet just around the corner with even more options. From vegan breakfasts like chia puddings and acai bowls to afternoon pick-me-ups including raw vegan cheesecake, Home Vegan Bar has your daytime cravings sorted.

Croissants are made with butter. Doughnuts are usually loaded with ingredients like non-fat milk solids and egg powder. Being vegan and liking naughty pastries don’t really go together. That’s where Weirdoughs comes in. A totally plant-based bakery whose butter alternative is conjured from macadamia, cashew and coconut oil. They make the classics, but excel at kooky creations like cube croissants and a rotating range of Weirdoughnuts, plus vegan croissant sandwiches and ice-creams. 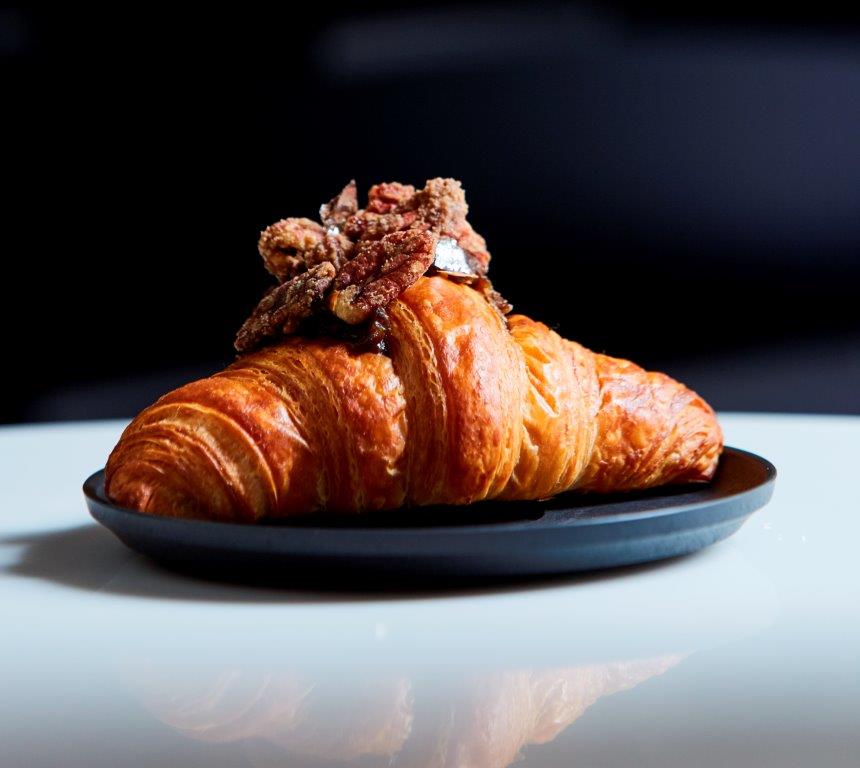 Literally a hole-in-the-wall on The Causeway, Union Kiosk packs a big 100% vegan punch into a tiny space. Pop by for coffee with your choice of alt-milks (including soy, almond or coconut) and a sweet treat, from cookies to cupcakes. Or make a meal of it with one of their animal-free jaffles like classic tomato, cheese and mustard, or bolognaise and mozzarella.

The Organic Food and Wine Deli

As the name proclaims, The Organic Food and Wine Deli is an awesome place for everything organic, but that’s not all. Almost everything is vegan, and there are plenty of options that are also free of wheat, sugar or gluten. Whether you want food to go like pies and cakes, fresh fruit and veg, pantry items or even gift hampers, they’ve got your animal-free feed covered.

Green Man’s Arms is a stylish pub in Carlton with an entirely meat-free menu. That includes several vegan options, from eggplant schnitty to halva ice-cream, plus beers that aren’t processed with animal products like gelatin. 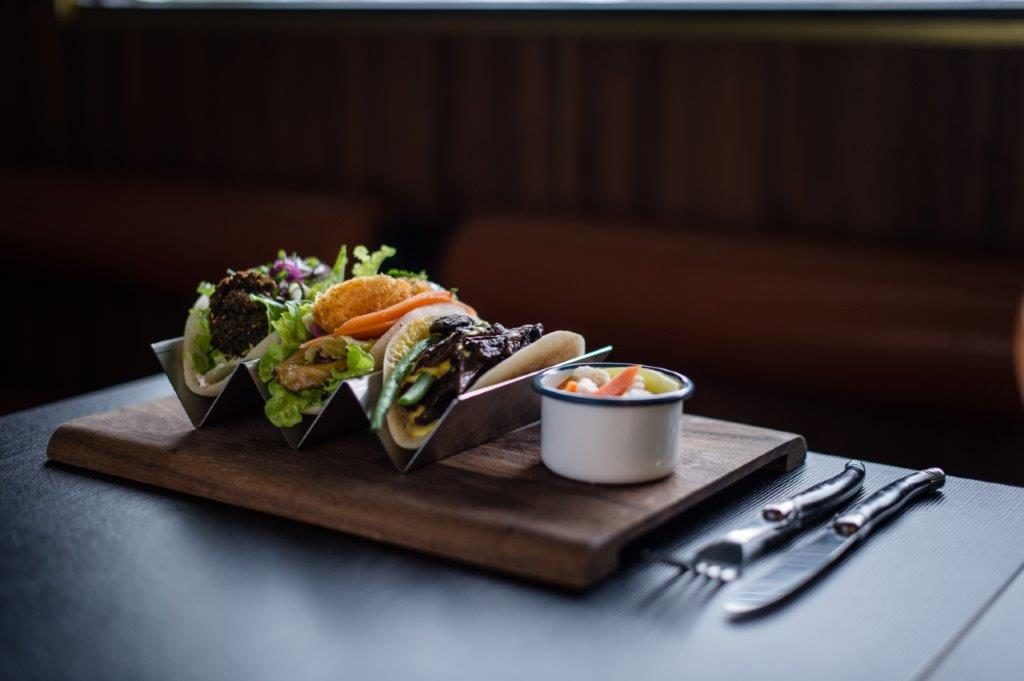 Eating well doesn’t need to cost the Earth. The menu at Mantra Lounge is 100% vegan and 100% delicious, from lasagne and faux sausage rolls to the Chocolate Pleasecake. Most dishes are under $10, and the curry meal deals are also a bargain at $10-$13. It’s a feel-good place for everyone, whether you’re an animal lover or just looking for something tasty on Meat-free Monday.

It’s not hard to find vegan Asian dishes, but oh so many fleshy favourites remain off-limits. Plus there’s always the worry of a sneaky bit of egg, pork or fish sauce not mentioned in the menu. Not at Loving Hut, a pan-Asian restaurant where everything is vegan including Thai curries, Mongolian barbecue and Malaysian laksa. Yum!

It was one of Melbourne’s few meat-free havens for many years, opening its doors in 1980 when being vegetarian was considered rebellious and veganism unheard of. Gopal’s Vegetarian Restaurant may no longer be unusual, but their traditional veggie dishes like curries and soups are always a tasty, good-value option. The vegan special, with your choice of salad, main, dessert and a drink, is only $10.90.

Looking for a bag that’s good for people, animals and the planet? Then make a beeline for Beekeeper Parade, where everything from backpacks and tote bags to wallets and toiletry bags is upcycled from textiles otherwise headed for the landfill. They look good, are 100% vegan, and every purchase helps kids in Cambodia learn English. 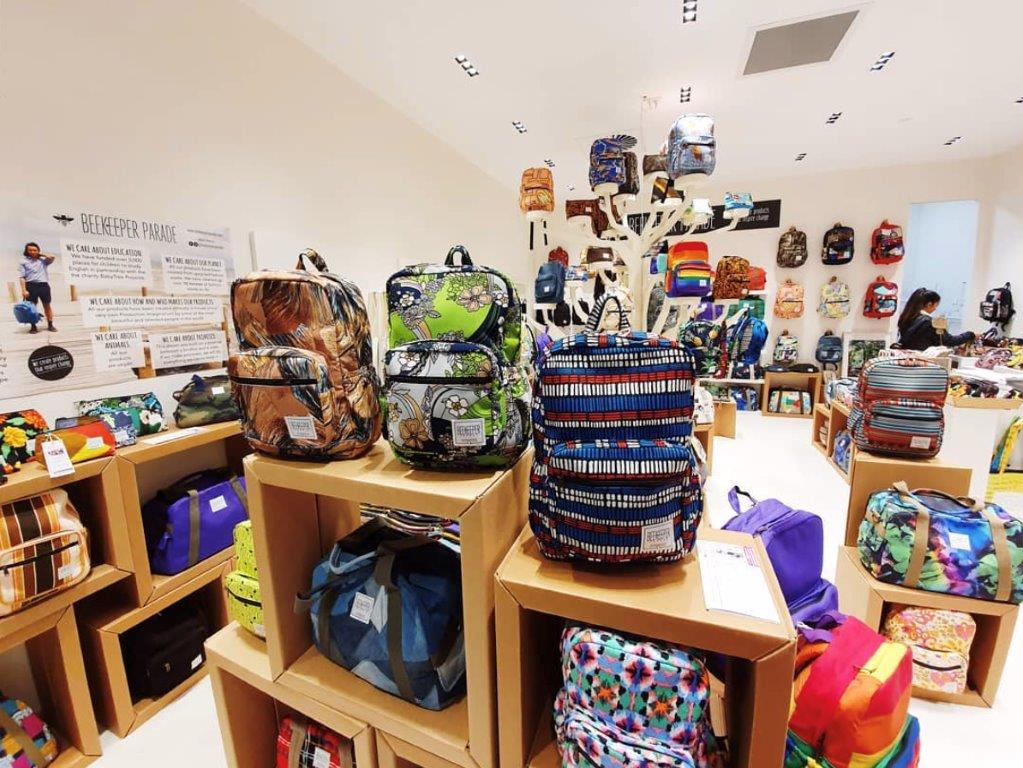 Everything at The Australian Natural Soap Company, from hand soaps, beard soaps and solid shampoo blocks to laundry and liquid soap is heavenly-scented and vegan. Their products are also local, cruelty-free, palm-oil free and made without nasties like parabens and sulfates. Gift options include the Ultimate Donation Pack: six soaps for $19.95, $8 of which goes to The Orangutan Project.

It’s cheesy but true – you’ll be a happy camper walking around in the comfy yet chic shoes made by this cool Spanish brand. Camper’s contemporary smart-casual range includes non-leather options for men and women, like the futuristic front-zip Pix ankle boots and clever non-identically styled Twin runners. There are three Camper stores in the city, including at Emporium Melbourne.