One of Melbourne’s most iconic landmarks, Flinders Street Station has a long and interesting history. Here are a few little known facts about the city’s oldest train station.

The first ever station on the site opened in 1854 and was merely a collection of weatherboard sheds. The Melbourne Terminus, as it was known, was the first steam rail station in Australia. In 1902, a competition was held for the design of the new building. Work got underway, and was completed in 1910 at an estimated cost of 514,000 pounds. The concourse ran across the Swanston Street end, and ramps dropped down to the platforms. The famous clocks were part of the original design and remain in almost exactly the same spot as they were first placed.

10 tonnes of pigeon poo was removed during its restoration

In its recent restoration, the iconic dome was cleaned for the first time in a century. During this process, it’s estimated that 10 tonnes of pigeon poo was removed from the dome. The project included refurbishment and repairs to everything from the building’s facade to the clock tower. Throughout the works, over 4 million bricks were cleaned and repaired, and 600 windows were inspected. Works included repainting the entire building and restoring it to its original colours. Architects provided at least 20 samples to match the colours as closely as possible.

As part of the refurbishment, stunning light shows now beam from the building during major events and celebrations. Over 1000 LED lights are connected by 20 kilometres of cabling, and all totally automated and controlled. The new system was designed to replicate the colours of the original floodlights. Despite it having over 600 more lights, it uses much less energy than the original design.

The levels above the main hall and platforms used to be a hive of activity in the mid 1900s. Level three featured a library, gymnasium, classrooms and a ballroom. The grand ballroom used to be a cultural hub, hosting concerts, meetings, dances and more. It has remained virtually untouched since it was closed off to the public in 1985.

It’s home to a defunct gymnasium

In contrast to the ballerinas dancing in the ballroom next door, the gym would often be filled with wrestlers making use of the boxing ring. Weightlifters would train and the station’s male employees would workout during their breaks. Famous footballers could sometimes be spotted, and would often head up a narrow flight of stairs to the rooftop running track.

City Hatters is one of the few stores in Melbourne that have been in the same location for over 100 years. Nestled beneath the station, they’ve been dressing the heads of Melburnians for over a century. Owned by the Buck family for most of its history, they stock a huge range of headwear from tweeds to trilbies. Plus they do repairs and alterations too. Visit them when they reopen later in 2020. 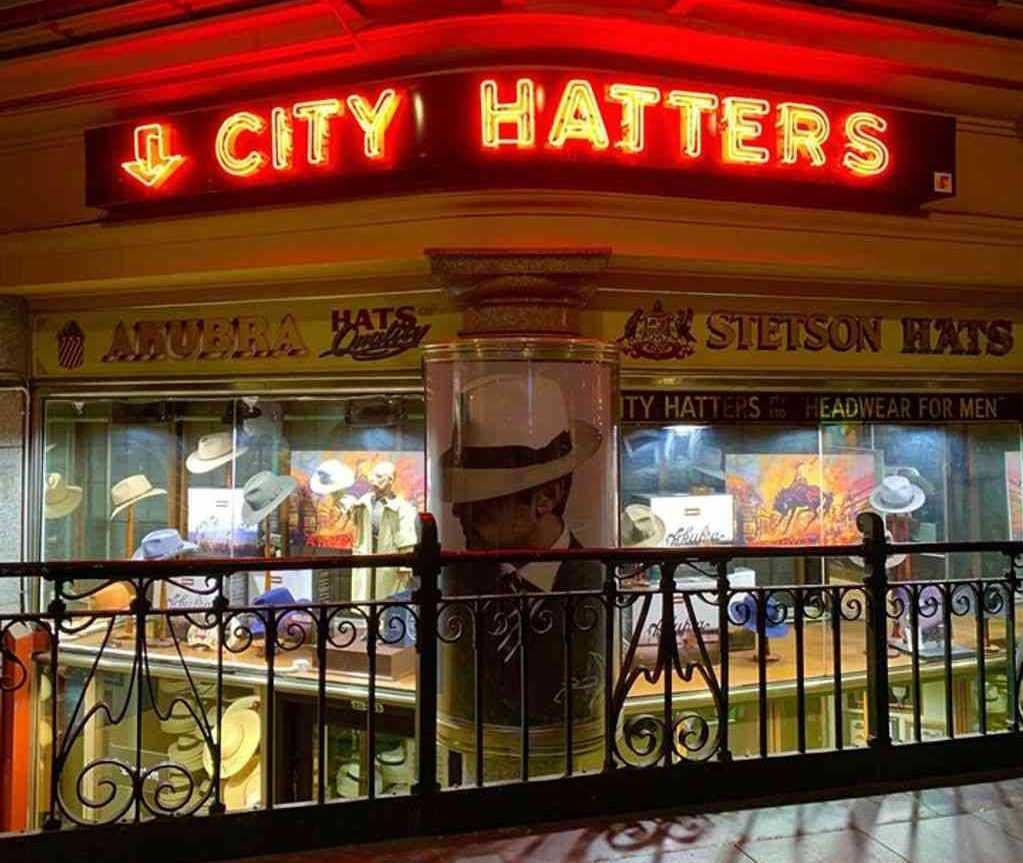 A ghost is rumoured to haunt the station

Rumour has it, the station is haunted by a ghost named George. Commuters have reported seeing a man holding fishing gear on Platform 10, gazing vacantly out towards the river. Believed to be the spirit of George Mansfield, who was later identified as Ernest Leahy. He was the victim of a boating accident and was pulled from the Yarra in 1902.

3000 items every month end up at lost property

Hidden behind an unmarked door on Platform 1, is a room filled with thousands of items of lost property. There’s the usual items like wallets, phones and bags. But there are also some more unexpected items that make you wonder how they got left behind. Things like a cello, golf buggy, carseats and bicycles. The ever expanding collection grows by about 3000 unclaimed items every month. If they remain unclaimed after two months and are in good condition, they get donated to charity.

The station has been recreated in gingerbread

Epicure’s Gingerbread Village has become an iconic part of Christmas in the city. Each year, Flinders Street Station and many other Melbourne attractions are recreated in gingerbread. Look closely in and around the sculptures to find mini-stories unfolding between the villagers in the city. The exhibition, which uses over 600 kilograms of gingerbread, raises money for the Royal Children’s Hospital.

Bonus fact: you can build your own mini version!

Hands up who would love to look up at those famous clocks right now? If you’re missing that iconic domed beauty, you can build your own nanoblock version.  Featuring 430 pieces and retailing for $24.95, it’s the perfect lockdown project. Pre-order now from Hearns Hobbies. 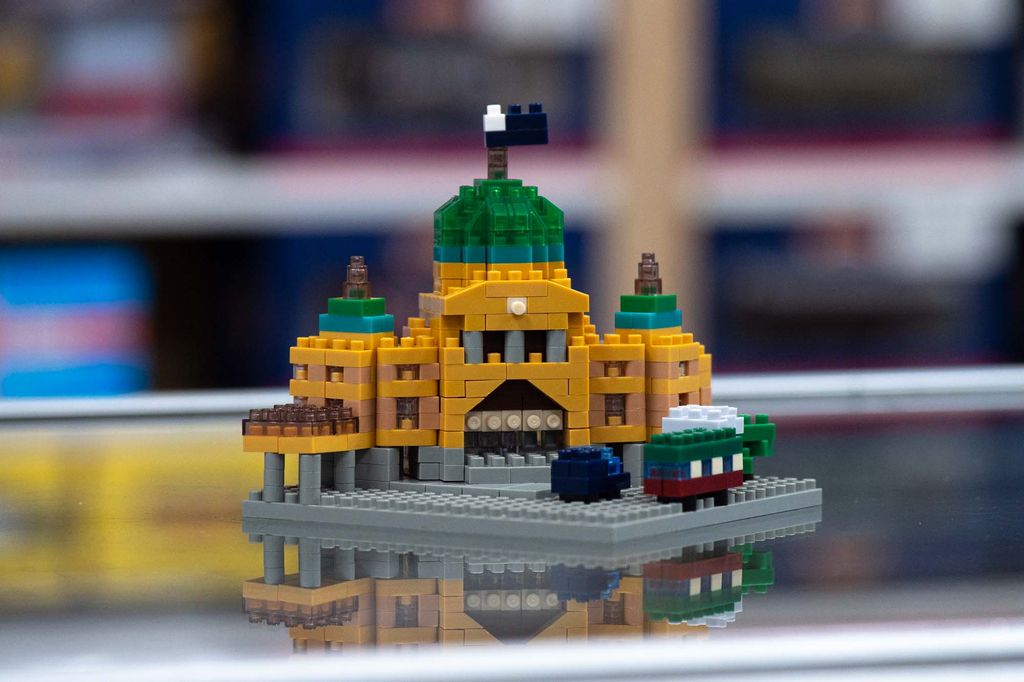