Think you know the city’s famous lanes and alleys? From the ‘Little Lon’ district’s notorious past to the CBD’s new mini streets, try these surprising conversation starters at your next laneway drinks.

1. A glimpse of Melbourne’s laneway heritage

A few blocks in Melbourne’s east end used to be known as ‘Little Lon’, after Little Lonsdale Street. Notorious for crime, disease and overcrowding, it was decreed a slum and almost entirely bulldozed in the mid-20th century. A few tiny workers cottages remain, including one recently transformed into Little Lon Distilling Co. This itty bitty distillery-bar makes and serves gins named after characters from the area’s past, like ‘Oriental seductress’ Yokohama. It’s on the corner of a lane named after Victorian-era Melbourne’s most infamous brothel owner, Madame Brussels. Delve into this district’s shady history with the new True Crime Mystery augmented reality game, Misadventure in Little Lon.

During the mid-1990s, reforms to Victoria’s liquor licensing made it viable for small bars to operate in Melbourne. What’s now a fabulous flood of distinctive bars in every nook and cranny started with a trickle in obscure laneway spaces with cheap rents. Some of the 20-plus-year pioneers, including Gin Palace and Troika Bar, are still going. Meyers Place, which may be the very first, had to call last drinks in its eponymous location in 2017. Happily, it re-emerged two years later around the corner in Crossley Street, with most of its original decor. 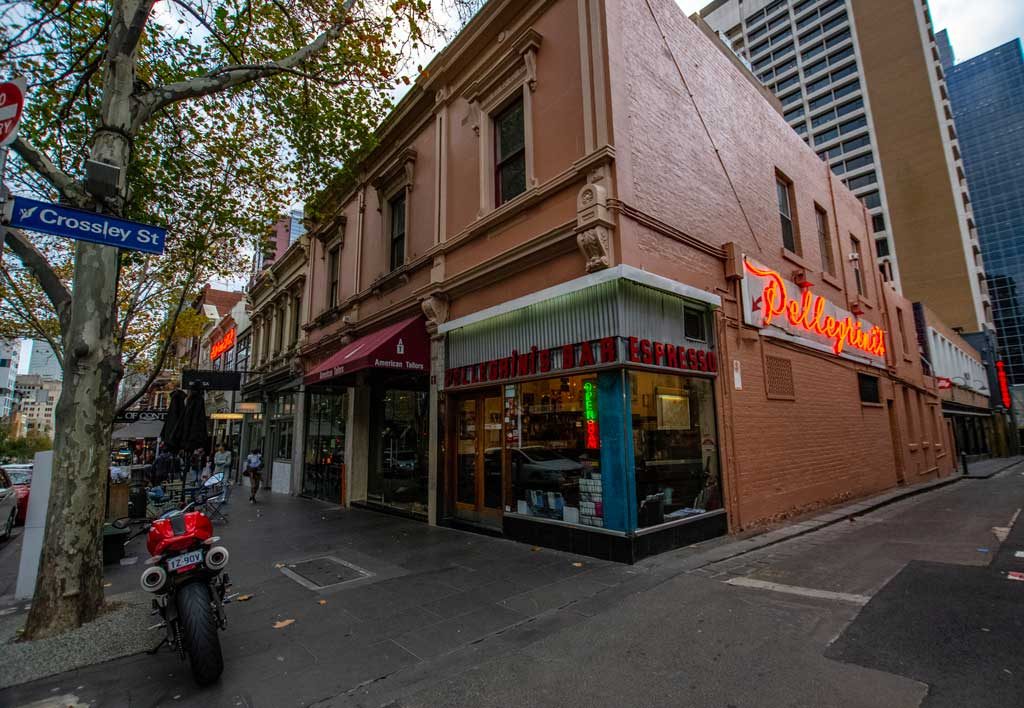 Some of Melbourne’s lanes have had a name change over the years. Recent examples include Corporation Lane becoming ACDC Lane, and Brown Alley being re-born as Dame Edna Place. Back in the late 19th century, the city’s leaders attempted a re-branding of two ‘Little Lon’ alleys notorious for prostitution, among other vices. The romantically named Juliet Terrace and Romeo Lane became Liverpool and Crossley streets – which is where this little heritage bar got its name Romeo Lane.

It’s now a big part of the music festival scene in cities around Australia, but St Jerome’s Laneway Festival started small. In a narrow laneway in Melbourne of course. St Jerome’s was a cool little bar that hosted live music outdoors in Caledonian Lane on summer afternoons. These gigs evolved into 2005’s laneway festival, with then-fresh bands like Architecture in Helsinki and The Avalanches. The festival quickly outgrew its laneway, and the bar is long gone, but Melbourne remembers.

From tags to murals, Melbourne’s walls and doors have been decorated on the sly for decades, but things really took off early this century. Street art exploded in popularity with paste-ups, reverse graffiti and stickers popping up all over the city. The city’s growing reputation inspired Banksy to visit in 2003, famously leaving behind various stencils including several parachuting rats. He’s not the only international street artist to get busy in our laneways though. Did you ever see the visual gifts left by Shepard Fairey, Blek le Rat, Invader and ABOVE? Anyway, see what’s fresh with Melbourne Street Art Tours or check head out on our self-guided Street Art Walk. 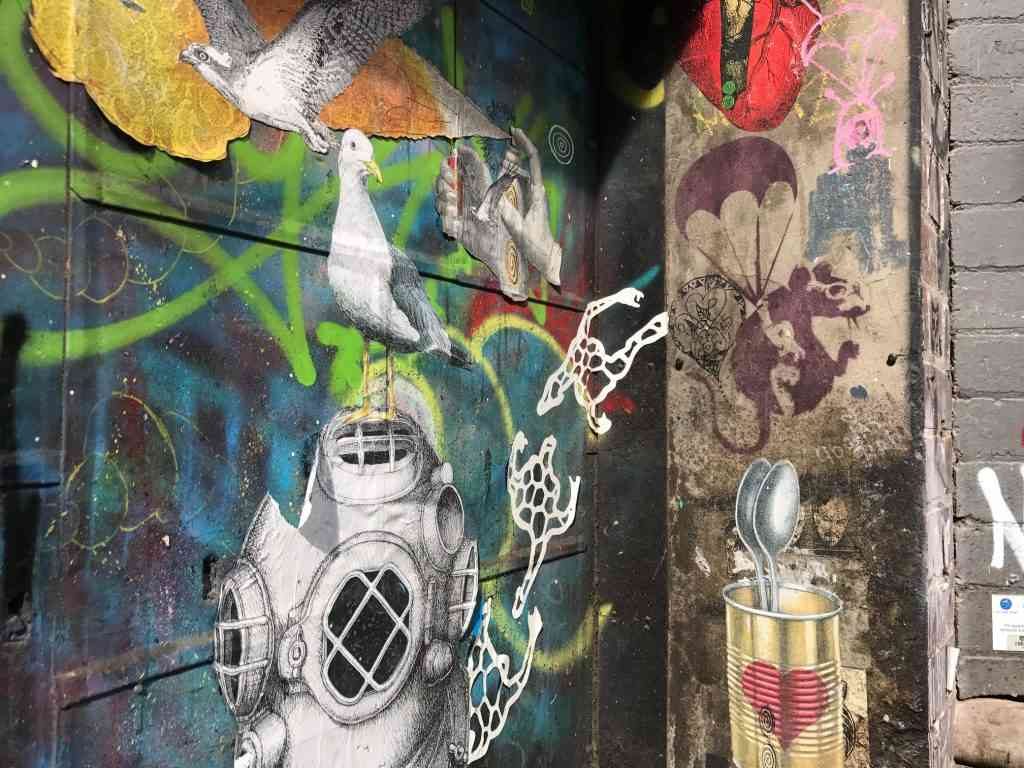 Melbourne laneways became such a thing that for a while there we started talking about ‘vertical laneways’. These are usually heritage buildings with plenty of character both in their design and the types of tenants. The best known are the Nicholas Building – a warren of small creative businesses like L’uccello and shoemaker Brendan Dwyer – and the slightly more swank Curtin House. It’s home to the likes of Metropolis Bookshop, dot Comme and Rooftop Bar. 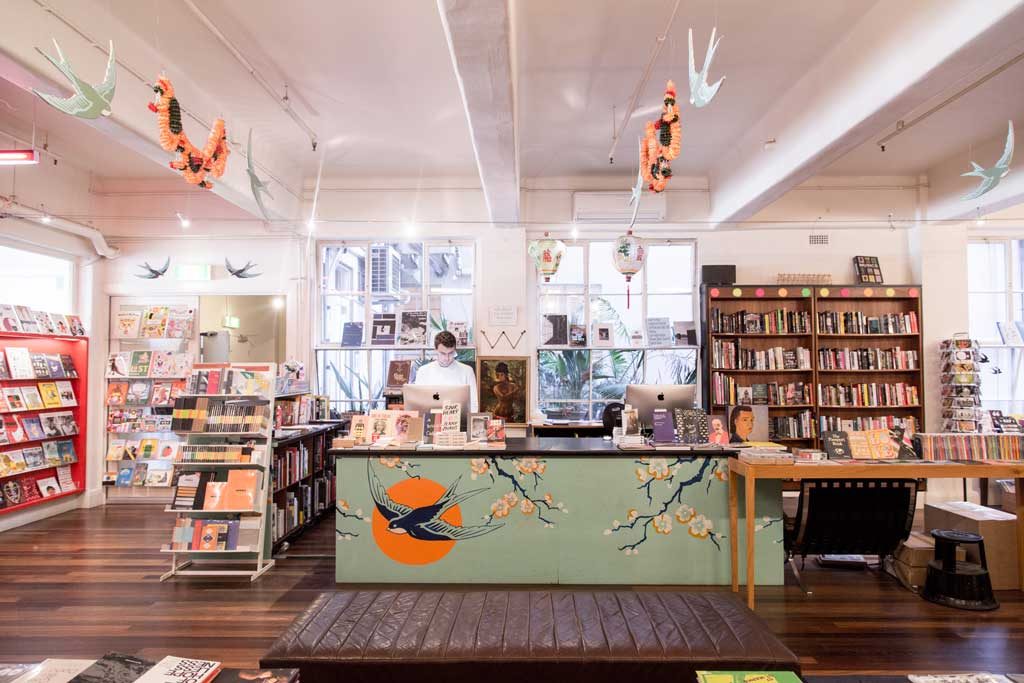 Melbourne’s lanes were established to keep unsavoury things out of sight, like the collection of ‘night soil’ before flushing toilets were introduced. These dark, out-of-the-way places became hotbeds for all sorts of dodginess though, including opium dens, illegal distilleries, even murder. Melbourne’s most famous street-art destination, Hosier Lane, is said to be haunted by the ghost of Frederick Bailey Deeming. A sailor who brutally murdered his wife and four children while living in Melbourne, he’s also suspected of being Jack the Ripper. Find out more about the city’s spooky side on an Old Melbourne Ghost Tour.

Did you notice how a few of Melbourne’s laneways got a little greener a while ago? The transformation of Coromandel Place, Guildford Lane, Katherine Place, and Meyers Place began in 2017 thanks to the City of Melbourne’s Green Your Laneways pilot program. Plants were key to the makeover: climbing vines, window boxes, potted plants, and mature trees appeared. Even leafy murals, like Mike Makatron’s in Meyers Place, helped brighten these narrow, urban spaces of brick, concrete, and bitumen. 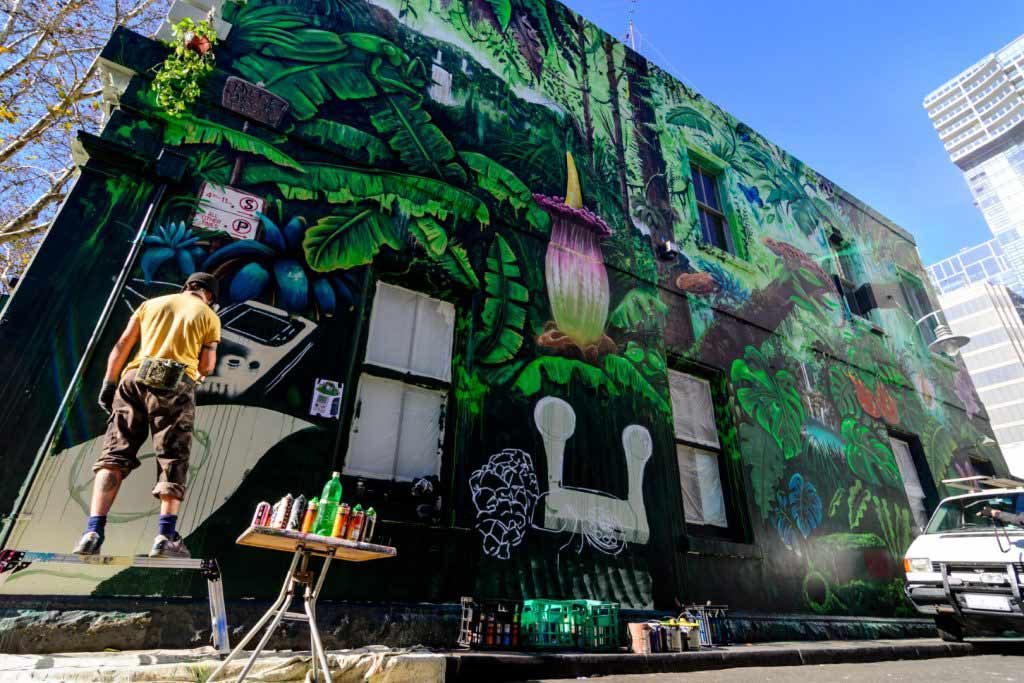 Known as the Hoddle Grid, Melbourne’s CBD was marked out in 1837 and included narrow east-west service lanes like Little Collins Street and Flinders Lane. They were decreed ‘one chain’ (about 10 metres) wide, but smaller lanes also emerged, sometimes not so much by design as through practical use. At its northern, Lonsdale Street end, Corrs Lane is only wide enough for one person to walk along. Is it Melbourne’s narrowest lane? Ponder that over a drink at Corrs Lane’s Berlin Bar, Pulp Club or House of Maximon.

Some lanes were erased from Melbourne’s map in the 20th century when large, open spaces were pushed through in the name of modernity. Now, the rediscovered appeal of small spaces’ human scale and sense of discovery has seen new lanes emerge in developments like QV. Opened in 2003 on the former Queen Victoria Memorial Hospital site, it includes 21st-century lanes with names inspired by the past. Red Cape Lane refers to the uniforms worn by the hospital’s nurses. Constance Stone Lane is named for Melbourne’s first registered female doctor, Albert Coates Lane for a surgeon, and Jane Bell Lane a hospital matron.