Hidden in basements, upstairs or behind unmarked doors. These iconic shops are home to some of the city’s most colourful retail characters. Can you really call yourself a Melburnian if you haven’t paid them a visit?

The Paperback Bookshop has been a champion of the independent book scene since the 1960s. Next door to the also legendary Pellegrini’s, The Paperback is open until 10pm weeknights and 11pm on Fridays and Saturdays. Browse the bookshelves and lose yourself among the pages of literary greats. 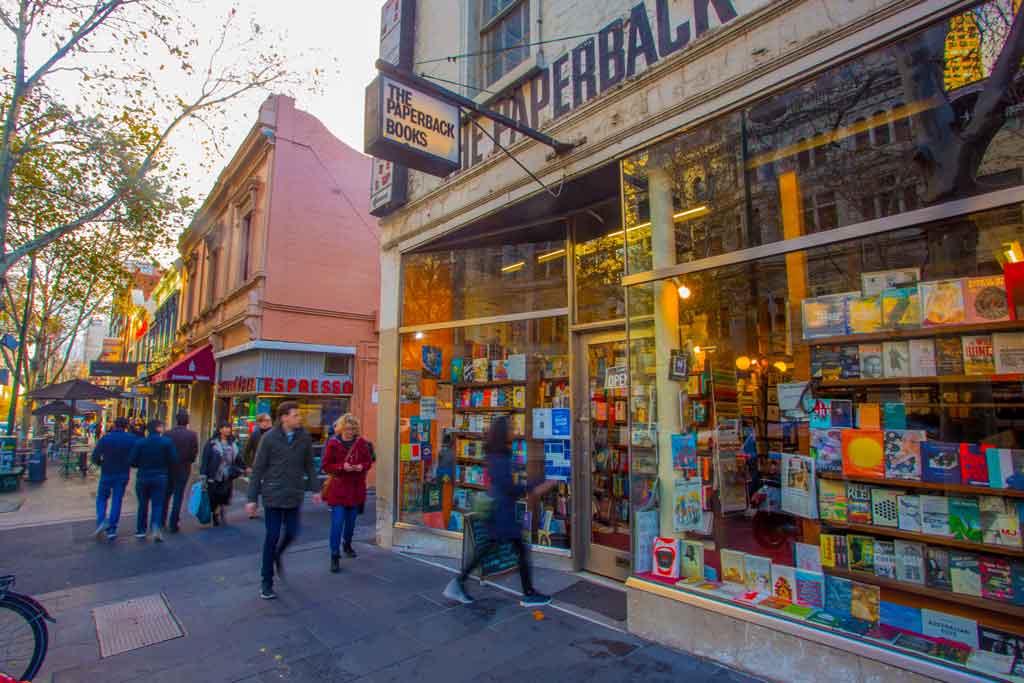 City Hatters is one of the few Melbourne shops that can boast being in the same location for over 100 years. Trading since 1910, this one-stop hat shop has been owned by the Buck family for most of its history. Venture beneath Flinders Street station and discover their range of head wear, from tweeds to trilbies.

Tucked away at the Paris end of Collins St, Christine’s is a city shopping icon that has been around for decades. Owner Christine Barro was once a buyer for Georges department store, bringing Prada and Fendi to Australia in the 1970s. Dedicated to sourcing the world’s best, she brings unique items from her travels to Melbourne. Where else would you find brands started in the 12th century by Dominican monks next to glimmering Lanvin jewellery?

A favourite among word nerds across the city, Readings has been a Carlton icon for over 40 years. It began life as a tiny solo shop in 1969. In the pre-internet era Melburnians would even cluster at the window to view ads for share houses. Don’t miss their Lygon Street neighbours Readings Kids – a cerebral playground for little minds. 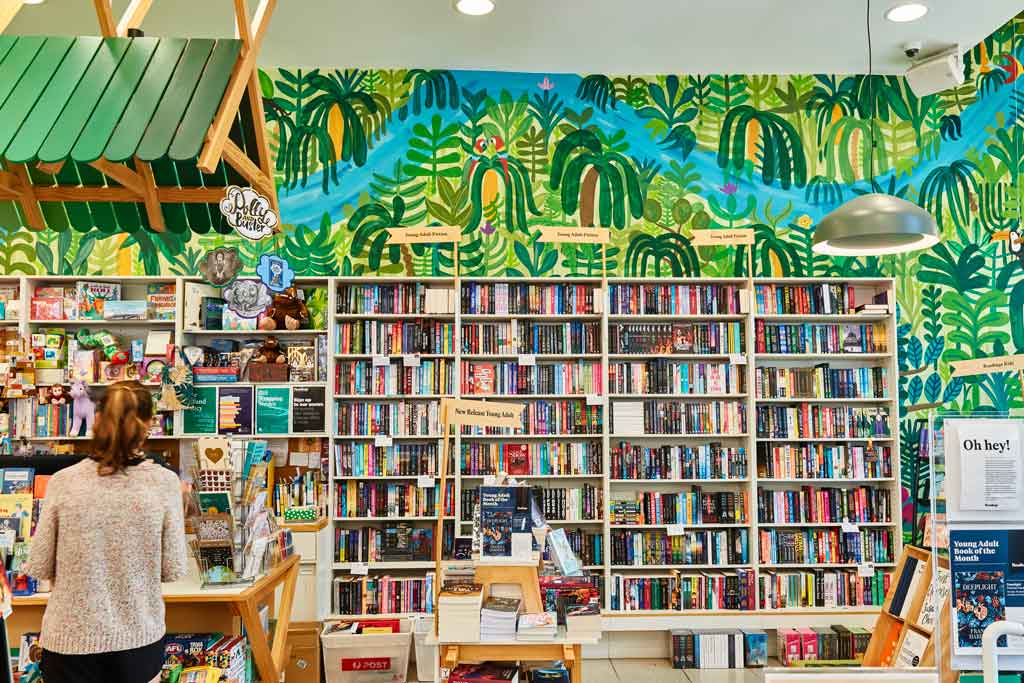 Hearn’s opened its doors in 1947. As a family of World War Two pilots, the Hearn brothers wanted to share their hobby collection with other enthusiasts. Over 70 years later, Hearn’s offers a range of rare items that would please even the pickiest hobbyist.

Located in a basement on Flinders Lane, almost invisible from the street, e.g.etal is a major player in Melbourne’s thriving jewellery scene. Selling work from over 60 Australian and New Zealand designers, e.g.etal is a treasure trove of uncommon creations.

Meaning ‘cabinet of curiosities’ in German, Wunderkammer is no ordinary gift shop. It’s home to everything rare, unusual and unique in Melbourne. Find treasures from shark teeth and meteorites to antique science equipment.

Basement Discs, the legendary record shop and live music spot, celebrated their 25th birthday last year. With the whole world moving towards streaming music that’s no mean feat! The knowledgeable staff and shelves of CDs, vinyl and books keep their loyal customer base coming back year after year. 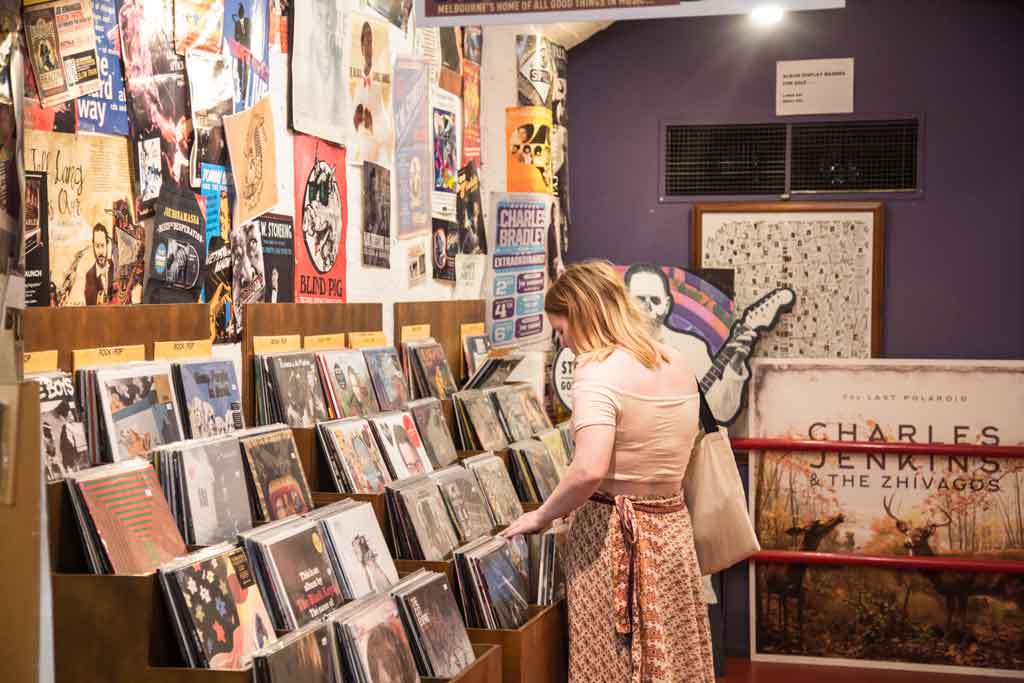 For as long as there have been geeks in Melbourne, there’s been Minotaur Entertainment. Literally underground, it’s a basement full of toys, magazines, posters, action figures, nerdy novelties and more. Whether you’re into Doctor Who or manga, want a Rick and Morty T-shirt or a BB-8 bottle opener, you’ll find it here.

Evan’s has been developing a tradition of fine workmanship for over 60 years in the Royal Arcade. The company was founded by Evan Skliros, better known within the Arcade as “Mr Evans”, a renowned leather craftsman. The boutique offers traditional shoe repairs, leather restoration, cleaning, recolouring and alterations. Bring them your tired boots, weary heels, huddled masses of leather and they’ll be good as new in no time.